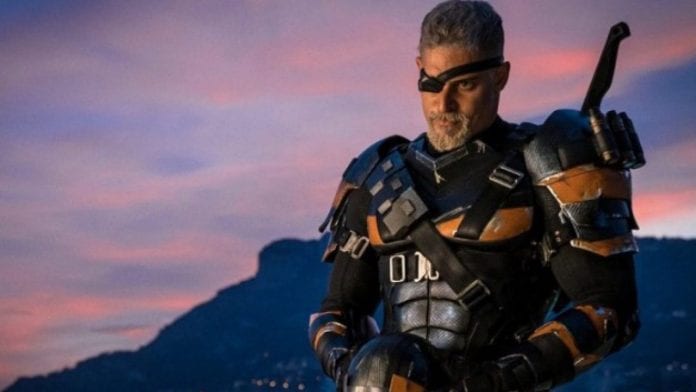 Earlier this week brought news that Jared Leto would once again take on the role of the Clown Prince of Crime in Zack Snyder’s Justice League. The role would be added to the story via reshoots, which are currently underway. Welp, he’s not the only character getting added to the story!

The Wrap is reporting that Joe Manganiello is also returning as Deathstroke. The actor was cast for the role (at one point meant to be the villain in Ben Affleck’s Batman movie) and made a BRIEF appearance in the Justice League film that launched in 2017. If you don’t remember, it’s because he only showed up in the film’s post-credit sequence. While there are no details on what his role will entail, much like the Joker, it’s definitely something brand new. I’m definitely intrigued to see where all this new content takes the story and eager to see if it’ll all be worthwhile.

Zack Snyder’s Justice League will launch on HBO Max in 2021.