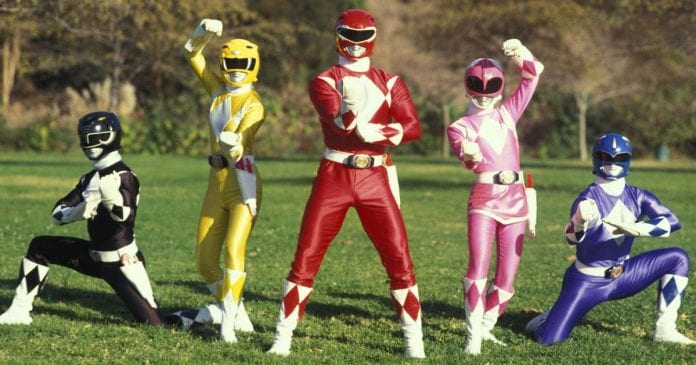 Hasbro and eOne have announced a new Power Rangers storytelling endeavor to release new TV and film projects for the teenage heroes.

Just a few years after the previous reboot attempt for the Power Rangers, eOne (Hasbro’s entertainment branch) are moving forward with a new take on the franchise that will (hopefully) move it into the future as an interconnected universe consisting of new films and TV shows.

To make it happen, they’ve enlisted Jonathan Entwistle (I Am Not Okay With This and The End Of The F***ing World) to help bring it all together. “Jonathan has an incredible creative vision for this iconic and hugely successful franchise, and is hands down the right architect to join us as we reimagine the television and film worlds of this property,” said Nick Meyer, President, Film, eOne and Michael Lombardo, President, Global Television, eOne. “Across our slate, we are looking forward to working with the most talented storytellers as we take on Hasbro’s rich fan-favourite brands and build entertainment universes around them.”

“This is an unbelievable opportunity to deliver new Power Rangers to both new and existing generations of awaiting and adoring fans. We’ll bring the spirit of analog into the future, harnessing the action and storytelling that made this brand a success. I’m looking forward to working with the teams at eOne and Hasbro. Together, we can’t wait to share more Power Rangers with the world very soon,” said Entwistle.

Considering both of Entwistle’s Netflix series were focused on teen angst and coming of age (one specifically focused on coping with powers), he seems like a solid choice for this. Having grown up with the original 90s show, which helped propel me into Martial Arts, I’m always eager for more Power Rangers.

What do you hope to see out of these new Power Rangers projects?