Revealing what has been speculated for months, Joseph Gordon-Levitt has been all but confirmed for a role in The Dark Knight Rises.  Deadline reports that Godfather Nolan will be reuniting with his Inception costar for TDKR in an unspecified role.  That’s all fine and dandy, but what I’m really looking forward to is a Robin Williams/Godfather Nolan reunion.  Just imagining Robin Williams playing Hugo Strange makes me excited.  I even have an idea how it could fit into the plot!  Of course, no one wants to hear that.  What they want to hear is more Superman casting rumors! 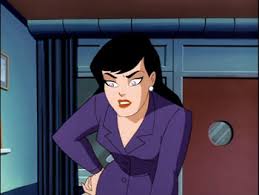 What’s Playing is claiming that five actresses are heavy contenders for the role of Lois Lane.  The contenders are:

Also in the running is “Dainty Daphodile” Kristen Bell and “Moody Matriarch” Mary Elizabeth Winstead.  Later thrown in the mix via Latino Review was “Bland Brigadier” Olivia Wilde.  So basically pick an up and coming actress and place your bets!  This way, we all win.

Regardless of what happens, you can be sure we’ll be finding out the specifics soon enough; both films are due out next year.