I read Frank Herbert’s Dune for the first time while I was in the sixth grade, and it completely altered my views on sci-fi in general.  More than just about any other work of fiction (yes, I’m including Star Wars), Dune is what drove me to be creative and pursue writing.  It’s a series I’ve come back to time and time again (I just finished my umpteenth re-read last month), and it seems perfectly suited for the big screen.

Despite some attempts, Dune hasn’t seen the same blockbuster success outside of the book realm that it so rightly deserves.  Hopefully, Legendary Pictures can change that.  They announced today they’ve purchased the rights to Frank Herbert’s series, with plans for a movie and even a TV series.  While there are no real details on anything at the moment, it does offer up hope to eager Dune fans around the world:

Legendary and the Frank Herbert estate have reached an agreement granting the production entity the film and television motion picture rights to the beloved novel DUNE, one of the most revered science fiction novels of all time. The agreement calls for the development and production of possible film and television projects for a global audience. The projects would be produced by Thomas Tull, Mary Parent and Cale Boyter, with Brian Herbert, Byron Merritt and Kim Herbert serving as executive producers.

Set in the distant future, Dune tells the story of Paul Atreides whose family accepts control of the desert planet Arrakis. As the only producer of a highly valuable resource, control of Arrakis is highly contested among the noble families. After Paul and his family are betrayed, the story explores themes of politics, religion, and man’s relationship to nature as Paul leads a rebellion to restore his family’s control of Arrakis.

Dune has long been considered the crown jewel of science fiction properties. Its legacy and influence is witnessed in everything from STAR WARS to THE MATRIX and often referred to as the science fiction version of LORD OF THE RINGS with its sprawling world and multi-dimensional politics.

The agreement was negotiated by Mike Ross and Jen Grazier on behalf of Legendary and Marcy Morris and Barry Tyerman of JTWAMMK on behalf of the Herbert family. 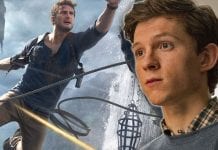