Nemesis is actually a comic he released just last year, but studios loved it so much (as well as his other successes) that they optioned it for a film pretty darn quick.  Tony Scott is on hand to direct this one with Millar filling in the producer’s role.  Nemesis is about a villain.  Yep, it’s not your typical hero story, and in fact the main character is a real bad guy.  He kills several people wantonly and is truly quite malicious.  All-in-all its a total change from what most have seen in the comic book genre.

During a recent interview Millar was talking about the project and revealed that FOX must have some faith in the project:

“They reckon the budget on this thing will probably be around $450 million mark. It’s a very expensive film, it’s got a lot of big set pieces…So the nice thing is, it means we can hopefully afford who we want to work with.” 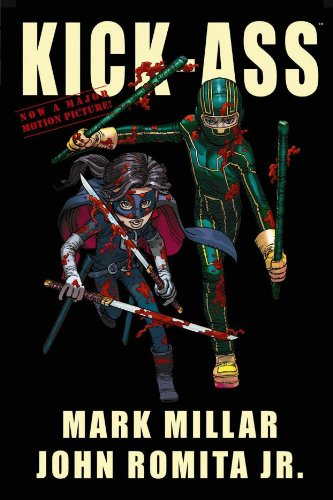 Whoa!  $450 million for a comic book movie.  That’s pretty damn good, and hopefully means that fans will be able to see a great adaptation, that doesn’t feel hemmed in by budget constraints.  It also means that the studio will more than likely be a little bit more involved in the process, but that’s not necessarily a bad thing.  Millar promises that the film will be akin to Kick-Ass in that they plan to follow the comic as closely as they can.  He revealed one major change that might make fans unhappy (but it’s not for sure yet) in that the characters iconic white costume might not be in the film.

Personally I’m looking forward to seeing what they can do with the title, but I’m not sure how successful it will be.  We’re talking about a story that involves kidnapping the President and killing hundreds of US government officials.  That might not sit well with some people, but hopefully they’ll be able to make the distinction between entertainment and political messages.  V for Vendetta managed just fine, so we’ll have to wait and see.