Technically speaking, Men in Black III was pretty successful in the box office.  It did good numbers and generally speaking had decent reveiws behind it as well.  Even so, there’s been little movement on a fourth film in the franchise, with some initial thoughts being put towards rebooting it with a 21 Jump Street crossover of some kind.  Now, it looks like the whole thing will be rebooted as a trilogy.

Walter Parkes and Laurie MacDonald, the producers behind all of the films (and even the old cartoon show), confirmed in an interview with THR, that they are actively developing a new Men in Black film:

You produced Men in Black. Has there been talk of reviving that franchise with the new Sony regime?

PARKES: We’re in the middle of it. It’s very active.

Is Will Smith going to be part of it?

PARKES: Most likely no.

MACDONALD: It will be reinvented as a trilogy.

It’s not a lot of information to go on, but it’s the most we’ve heard in a while.  They’re working on a new trilogy that will bring in new players.  While this would serve as some sor tof ‘reboot’ for the franchise in general, that doesn’t necessarily mean it’ll completely override what’s come before.  MIB is a big organization, so the new films could focus on different agents, in different parts of the world/country without conflict.

What would you guys like to see out of the new Men in Black films? 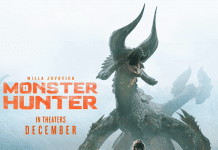