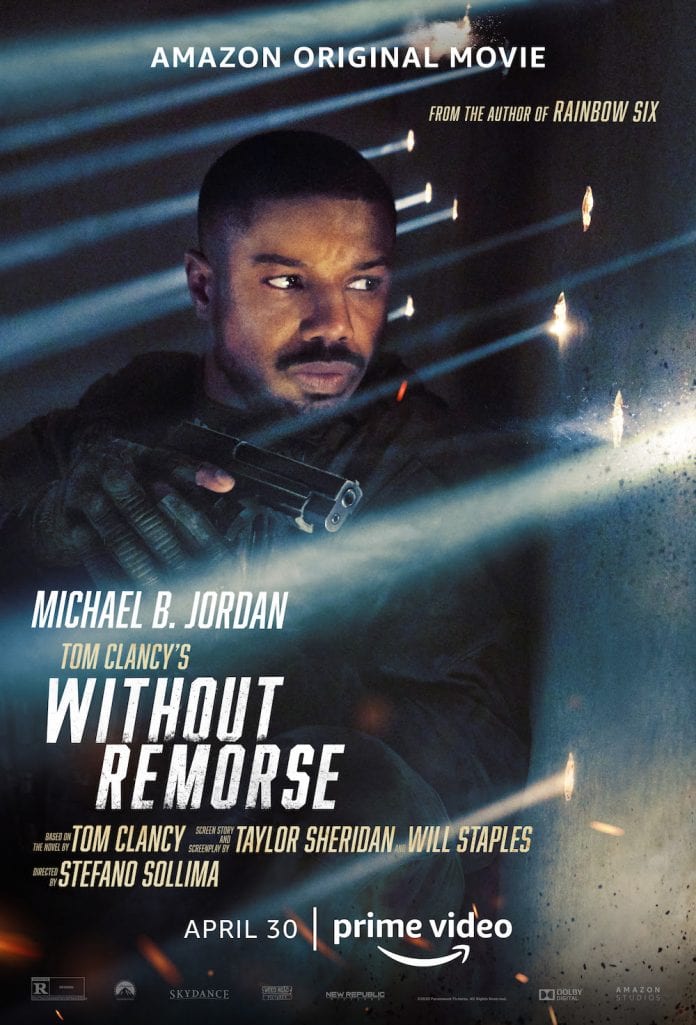 Next month, Amazon Prime Video will release an action flick set within Tom Clancy‘s epic Jack Ryan universe. The film is called Tom Clancy’s Without Remorse and stars Michael B. Jordan as one of the most popular heroes of that universe, Sr. Chiefl John Kelly a.k.a. John Clark.

Today, Amazon released a new trailer for Without Remorse and it features Clark on a rampage of the ages. Take a look.

When a squad of Russian soldiers kills his family in retaliation for his role in a top-secret op, Sr. Chief John Kelly (Michael B. Jordan) pursues the assassins at all costs. Joining forces with a fellow SEAL (Jodie Turner-Smith) and a shadowy CIA agent (Jamie Bell), Kelly’s mission unwittingly exposes a covert plot that threatens to engulf the U.S. and Russia in an all-out war. Torn between personal honor and loyalty to his country, Kelly must fight his enemies without remorse if he hopes to avert disaster and reveal the powerful figures behind the conspiracy.

This film is set to serve as an origin story for Clark and it looks like one heck of an introduction. The way in which we see Michael B. Jordan take out people and even the end sequence with the car on fire, the film looks incredibly kick ass and has us ready for more.

Without Remorse will be the next chapter in Amazon‘s attempt at recreating Tom Clancy‘s Jack Ryan Universe. The first was with Amazon’s Jack Ryan series, starring John Krasinski as the title character.