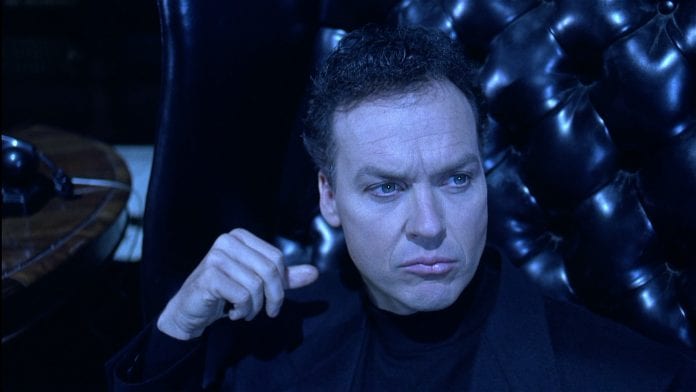 As the long-gestating The Flash movie begins to inch forward, more details are coming out, including the unexpected return of Michael Keaton’s Batman!

Crazy to think that after nearly 30 years since laying down the cape and cowl, Michael Keaton might be returning to the Batman role once again! According to a new report rom The Wrap, the actor is currently in talks to appear in Ezra Miller’s The Flash (yes, that’s gonna be the title).

While it’s not exactly a sure thing at the moment, it’s an exciting prospect nonetheless. According to the report, the film will be the jumping off point for introducing the Multiverse in the DC films, allowing for multiple timelines and differing versions of heroes/villains. As has long been the case, The Flash will be a loose adaptation of the Flashpoint comic event, which sees the hero time travel to the past to save his mother. The result sees him re-enter the world where Keaton’s Batman is still around (picking up on the years since his final outing in Batman Returns).

What does this mean for the earlier rumor that Jeffrey Dean Morgan would be back as the alternate Thomas Wayne version of Batman? No telling, and perhaps it was nothing more than rumor; or if the Keaton deal breaks down that’s the route the film will go. Only time will tell, but I’ve a hunch we’ll have some official confirmation during the DC FanDome event this August.

The Flash is currently slated to begin production early in 2021 with all the COVID-19 protocols in place. Personally, I’m excited about this if only to see what this could lead to down the road, maybe even a Batman Beyond film!