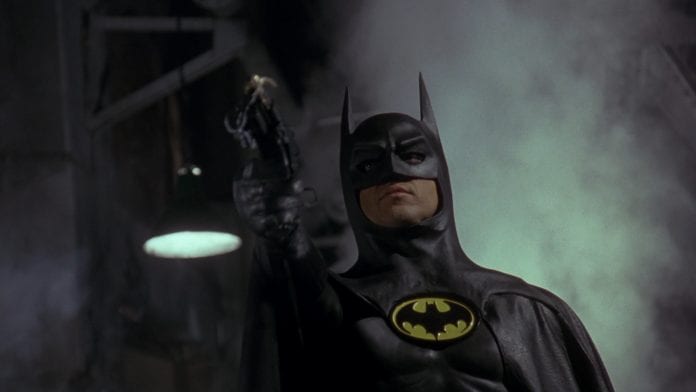 Fresh off the news that Michael Keaton is in talks to return as Bruce Wayne in next year’s The Flash, a new report states that the actor will also suit up as the Caped Crusader!

Hollywood Reporter’s “Heat Vision” is reporting that “…Keaton would appear in costume.”, although they offer absolutely no other details. A trusted source, this is exciting news, and having Keaton part of the DCEU should open up a host of story possibilities. One option which they’ve reported on earlier is that the seasoned actor could play a role akin to Samuel Jackson’s “Nick Fury”, a mentor type. There is of course the problem of having to explain what happened to Ben Affleck’s version of Bruce Wayne/Batman, but in a film involving time delineation’s and multiverse’s, anything’s possible.

Keaton is no stranger to big-screen comic book adaptations, having played the caped crusader in both Batman (1989) and Batman Returns (1992). More recently, he entered the MCU, playing the role of Adrian Toomes aka “Vulture” in 2017’s Spider-Man: Homecoming, a role he’s reprising in next year’s Morbius.

Michael Keaton in Talks to Reprise Bruce Wayne Role for The Flash!

The film’s development has seen its share of ups and downs, with a revolving door of writers, directors, and producers. Even star Ezra Miller’s position as the Scarlet Speedster has been in doubt, rumored to be leaving at one point or another. As of this moment, The Flash will be written by Christina Hodson (Bumblebee, Birds of Prey) and directed by Andy Muschietti (It, It Chapter Two).

Production was originally slated to begin in September but due to the pandemic, that will no longer be the case. No word yet on whether this delay will affect the film’s June 3, 2022 release date or not. Stay tuned!

The Flash Movie Loses Its Second Director; May Be Delayed