While interviewing and promoting his upcoming film (another 4th I might add) Shrek Forever After, the comdeian spoke a little about the possibility of the next Austin Powers movie.  While he wouldn’t say much he did confirm that, “things are on track” for a fourth entry into that franchise.

Apparently the idea has been kicking around for a while, but Myers has blamed scheduling for the delay, saying:

“Things are on track. It’s hard to keep a Stanley Cup team together and I’m very happy how insanely well it’s gone. Then it gets hard to get everybody all together.”

The last movie came out 8 years ago.  Wow, I just made myself feel old.  Personally, I think it’s a great time to bring the character back.  The third film, Goldmember, was a little lackluster and had lost a lot of the charm the previous two films exuded.  But with such a huge gap in between and plenty of time to rethink, a fourth outing could be very fun.  But as Myers pointed out, getting everyone together could further delay this project.  Hopefully with Shrek behind him, he’ll be able to put his full focus behind his other successful comedy franchise. 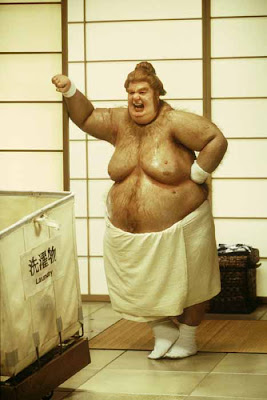 Let’s just hope this time around they go for more original gags, instead of falling back on the same old franchise staples (i.e. the silhouettes, too many puns, walking around naked, and Mini-Me fights).  Maybe fresh content will keep it from falling into the same trap Goldmember did.