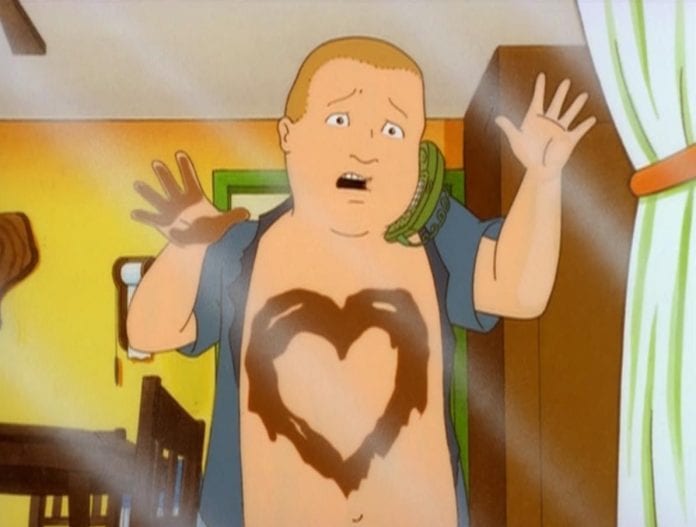 Though it’s not the first time it’s been suggested, or rumored, it sounds like King of the Hill might finally return and age the characters up.

Yes, this should be considered firmly in “rumor” territory at the moment. Especially considering the information doesn’t come from series creator Mike Judge or Greg Daniels. Even so, there’s a reason this one might be worth mentioning.

During a Reddit Q&A, series producer/writer, Brent Forrester, mentioned that they were in “hot negotiations” to bring the show back for viewers:

“I am sure Greg Daniels and Mike Judge will murder me for sharing this but… HELL YES. They are in hot negotiations to bring back King of the Hill. The Trump administration made it suddenly very relevant again. The characters have all aged 15 years. The project is sooooo good. Okay, I’ve said too much.”

King of the Hill, unlike many other cartoons, actually dealt with the rules of time/aging. Characters demonstrably grew, went to new Grades/schools, and even had a kid! It’s one of the things I loved about the series in that it show progression, allowing them to frequently reference back to previous season and events while moving forward. As such, having them jump ahead 15 years sounds like the perfect way to bring this back.

Granted, there’s no telling when, or if, this reboot idea will come to pass. Hell, they may decide to do a reboot but with a different idea that doesn’t skip ahead in time. Either way, it’s long past time for this show to return and be given its due.