It’s a good time for Star Wars fans right now.  We have official information on the cast of the new film, got a full trailer for the brand new cartoon show coming out later this year, and Star Wars: Episode VII is set to begin filming next month.  Even so, us fanboys are eager for more.  Today’s rumor comes from a couple sources over on AICN, both of which reported separately on the same info.

Supposedly the title for the film is “The Ancient Fear”.  This could only be a working title, with a more formal one later, or total bullcrap, but honestly I could see this working.  It’s kind of similar to the other Star Wars titles (at least the ones kicking off the trilogies); first you have The Phantom Menace, then A New Hope, then The Ancient Fear.  Looking at them that way, it kind of makes sense and flows together. 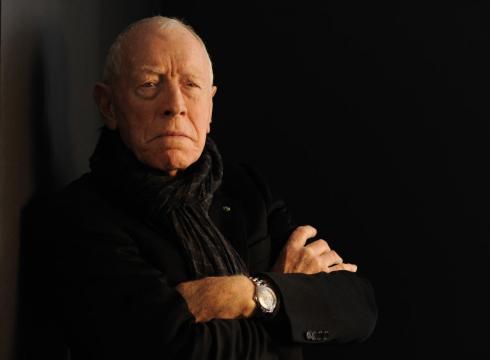 It’s definitely not the snazziest of titles, and I’m not entirely sold on it, but I don’t hate it either (like I’ve heard other fanboys bitching about).  It could certainly work, and according to the source it’s supposedly a reference to Max Von Sydow’s character, a villain “who makes Pazuzu look like a pussy!”  That wouldn’t be all too surprising as many of us have speculated that the veteran actor would be playing a villian in the film (he’d be perfect for it).

As with all things regarding Star Wars: Episode VII at the moment, it’s important to take all of this with a grain of salt.  Disney is reportedly going to reveal the film’s full title during SDCC this year, so we won’t have too long to wait (hopefully) to find out how true this report is.

What do you guys think of this rumor?  If true, tell us what you think of the title itself!