I debated long and hard about posting this up today but after hearing from another source, and looking back at how this new information lines up with previous rumors swirling around, I decided to roll the dice.  There’s a few different pieces of information nestled within what I’ve heard, but the basics of it are this: Star Wars Rebels is set to END with the third season, paving the way for a NEW animated Star Wars series.  This actually isn’t the first time I’ve heard about Star Wars Rebels ending on the third season (nor is it the first time YOU have either, but I’ll come back to that).

From what I’ve heard, Filoni and crew plan on using the third season of Rebels to build up to events we’ll see in Rogue One and the Original Trilogy.  As many have speculated before, there’s a chance characters from Rogue One are referenced in the season in some way and that’s what I’ve been hearing as well.  I doubt it’s coincidence that Rogue One‘s initial screenwriter, Gary Whitta, has been brought on to write a couple episodes of Rebels’ third season.

Ultimately this would lead into a brand new animated series set in the galaxy far, far away.  As for which time period the new series would take place in…I have no idea.  If this sounds somewhat familiar to you, there’s a good reason.  Back in 2014, right as the first season of Rebels was getting started, Germain Lussier (writing for Slashfilm at the time) heard almost the exact same thing!  His sources claimed the plan for Rebels has been to always end it in the 3rd or 4th season and move on to another series (supposedly set during the Sequel Trilogy time period).  I feel like I’m confirming a scoop he had a couple years ago, but more definitively stating it’ll end with season three.

I know it seems odd, especially as Filoni and crew seem to have hinted at Rebels going beyond a third season, but I’m passing on what I’ve heard from a pair of people I trust.  That’s also part of why I debated in posting this up.  Who knows, as the show gains popularity, perhaps the idea will change (hence why this is a RUMOR) and it’ll go on for a while yet…

If you’re sad about seeing the series come to an end, however, there’s also good news.  I’ve heard the characters you know and love won’t have their stories finished by the end of the season.  The plan is to keep some of their stories going via direct-to-DVD releases and/or TV specials (much like Siege of Lothal was an hour long Summer special in 2015).  It won’t be totally dead, but no more weekly adventures for the crew.

This is actually pretty exciting to me.  Considering this information was around a couple years ago, it jives with the current state of Disney/LFL, where they play the long game and have firm plans in mind for how they want stories to proceed.  I like the idea of more compact narrative seasons that have a specific start and end point, which then tie into the larger universe. With rumors of Thrawn showing up in season three, Billy Dee Williams is coming back for a couple episodes, and possible Rogue One connections, it sounds like Star Wars Rebels is planning on going ALL OUT for their final season.

I guess we’ll just have to see how it all pans out in the long run.  It sounds as though this may have been the plan all along and we’re simply closer to it coming to fruition, but things can always change.  If I get more updates (or turn out to be wrong), I’ll be sure to let you all know.  In the meantime, what do you guys think about this?  What would you like to see in a new animated series? 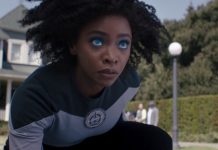