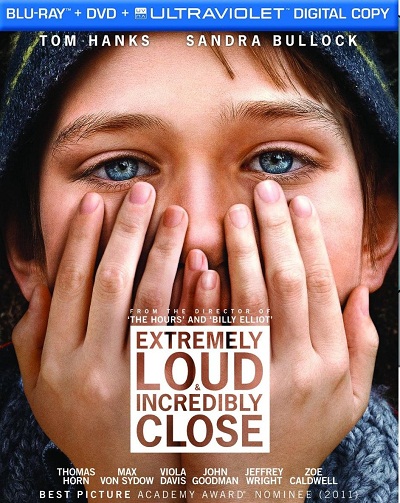 Oskar (Thomas Horn) is convinced that his father (Tom Hanks), who died in the 9/11 attacks on the World Trade Center, has left a final message for him hidden somewhere in the city. Feeling disconnected from his grieving mother (Sandra Bullock) and driven by a relentlessly active mind that refuses to believe in things that can’t be observed, Oskar begins searching New York City for the lock that fits a mysterious key he found in his father’s closet. His journey through the five boroughs takes him beyond his own loss to a greater understanding of the observable world around him.

I never saw Extremely Loud and Incredibly Close when it was in theaters. Don’t get me wrong, I love a good dramatic movie as much as anyone, but something in the marketing just didn’t sell me…Now I know why. There’s not really much to sell. It’s feels about as hollow and forced as it can get and the main reason why, lies within the portrayal of the characters.

Let’s start with Oskar, the main character, first. He’s supposed to come off as this highly clever and quirky kid, but sadly he comes off as more annoying than anything else. He’s demanding, pestering, and has a problem with lying a lot. I understand that he’s a disturbed child, and so those things could be understandable if only the film had dedicated more time to addressing those problems. Instead the film steadfastly avoids the kids obvious mental health problems, which at the same time causes it to miss a key character building aspect.

On top of that, Tom Hanks (who I normally love), came off a little over-the-top as a dad. It’s like they threw in a bunch of stuff to hammer the audience over the head that he’s a ‘wonderful dad’ instead of really showing us. It just all came off as corny instead of endearing, which in the end made the character suffer terribly.

Sad to say many of the other characters didn’t fair any better and I think it boils down to one major issue: the writing. I’m sure that all of these characters really work on paper, but there’s a difference between literary descriptions and how things come off on screen. Basically it feels like you’re watching highly crafted characters. Nothing feels realistic about them, and their reactions feel forced instead of natural.

I just wasn’t buying anything in the film, from motivations to reactions, nothing the characters did worked for me. Like I said earlier Oskar didn’t make me feel any empathy for him…not really until the end when things finally pick up. By then though, it’s too little, too late unfortunately. As for the blu-ray itself, the quality of the film is good and the special features are your typical fair for this kind of film. Nothing too spectacular, but about what you’d expect.

I know what a lot of you are thinking, there are plenty of people out there who liked the film and you’ve probably seen some glowing reviews. That’s fine, so you may want to Redbox it or something just to see for yourself. Personally it just didn’t work for me. Good on paper, but not so good in the execution.

Extremely Loud and Incredibly Close (which is available now on Blu-Ray/DVD, download, and streaming) gets a 5 out of 10.