F9 is the Fast and Furious franchise at its biggest, loudest, and dumbest so far. It’s like an expensive, breakneck-paced, action-packed hyperbole.

I’ve come full circle. As someone who is deeply passionate about cars, I loved the Fast & Furious films when they first came out. As a person who is deeply passionate about movies, I hated when the series devolved into Michael Bay-themed family adventure time. And now I’ve fully embraced the reckless, careless, bombast, and frenetic excitement of the series. This is a franchise that has been around for two decades, and it never ceases to be entertaining at a basic level. You know, the level where your brain doesn’t get involved…but again, that’s old news.

Of all of my feelings towards the franchise, one thing I did think it was lacking was a background  for its main character/protagonist/sometimes-antagonist. Dominic Toretto was like James Bond before Skyfall. He had no background. We didn’t know anything about his past. He was good at driving fast and gritting his teeth. Truth be told, that’s all we needed to know. The Fast and Furious franchise works best when family isn’t involved. I know that’s the opposite of what they want you to think based on how often they talk about the importance of family, and how long-lost relatives reveal themselves as adversaries with such causal regularity. But its true. Big, dumb movies trying to make sense of love and feelings don’t quite have the bandwidth to make sense of it.

With F9, I got my wish, but I regret asking for it. To put it simply, Dominic Toretto/Vin Diesel is the worst part of this film. The script is almost a parody of what the series has done before, and for the most part all of the other characters/actors embrace the zaniness that comes from nearly breaking down the fourth wall. But not Vin Diesel. He’s as serious as ever, saying as few words as possible while curling a lip or flexing a bicep. Toretto is revealed to have a long-lost brother and the reasoning behind their falling out is the motivation behind this film (let’s just say daddy issues to save some time).

That and an inexplicable devotion to Mr. Nobody, whose plane is hijacked which leads the team to get back together to try and rescue him. They basically drop what they’re doing to go to Mexico where they find half of a potential doomsday device. Dom’s brother Jacob shows up and steals the device because he also happens to be a special agent who can drive cars real good. The team galivants around the world trying to stop Jacob’s boss from using the device, which opens the door for all sorts of interesting cameos and appearances of cast members from previous films. They should have just called it Fast and Furious: Family Reunion.

Confusing plot motivations aside, it does set up some interesting action sequences. These sequences are devoid of actual physics, of course, but they do have big magnets! Justin Lin is back in the director’s chair after taking a rest from the series for two (three?) installments, and that means a greater devotion to practical special effects and stunt work in the action sequences. My biggest complaint about the last film (Fate of the Furious) was that I couldn’t really enjoy the action sequences, which should be the primary draw for this type of film, because there was so much unrealistic CGI. I’m here to report that this film’s action is much less digital than before.

Like other more recent entries into this franchise the film’s plot feels more like a James Bond wannabe rather than a high-stakes vehicular thriller. This equates to more action sequences outside of cars, with intense gunfights and hand-to-hand combat. In those moments the film feels intense and the stakes seem high. At other times, even when people are being thrown from exploding vehicles, or ducking because a landmine explodes 5 feet behind them, we know they’ll be OK. There’s a running joke throughout the movie about how infrequently the protagonists get injured despite the very dangerous things they do. It’s nice to see the franchise embrace what it has become.

But doing so also puts it at odds with the central “family” theme which is supposed to be the foundation upon which this whole thing is based. The big issue is Vin Diesel trying to hold down the seriousness in a lunatic asylum like Spider-Man trying to keep that subway car in Spider-Man 2 from careening off the rails. Despite all of the things he can do, like essentially bungee-jumping a car across a gorge and surviving, he can’t do that. Not only is it an issue with Diesel’s acting, but a script where his character usually says two lines and then leaves the room without drinking the Corona Light he was just offered.

The script tries hard to tie in healthy family values with a violent and explosive action movie blockbuster. But with the film’s tone veering towards being even more silly than in previous installments (they strap a rocket to a Pontiac Fiero, I don’t need to say anything else) those serious moments feel more and more out of place. Also the truth is these two concepts are thematically opposed in the first place. It was fine when Dom didn’t actually have a family, he used the term as a somewhat endearing bond with his other danger-seeking team members. But when Letty and Dom both abandon Dom’s son in the second scene of the movie when they get a sniff of potential action after just talking about how important family is, then you have to question if the film is really being sincere or not.

Furthermore, Dom’s actions are typified by a machismo-man approach – more muscle, less talking. His primary motivation in this film is a feud with his brother, which is solved at the end by, you guessed it, talking. It’s almost like the writers prioritized their precious dialogue to be used exclusively for exposition rather than actually developing the relationships between characters. Instead they prolong and embellish the conflict as a weak source of motivation which doesn’t merit the level of destruction and reckless endangerment which follows. Throwing in another superweapon McGuffin and new flavor-of-the-week antagonist means the series just feels like it is treading water.

If Dom’s character said his life was all about fast cars and women, then maybe I would understand and buy into continued shenanigans. But as is, the franchise needs to figure out what it wants to be; the most off-the-rails action franchise out there, or complicated character drama that ignites some intense action? F9’s uncertainty is what holds it back. It’s trying to both outdo the previous installments while finding a more grounded perspective on its characters. That’s too much. So while Justin Lin’s previous contributions to this franchise can be described as important building blocks, this one is a step backwards. 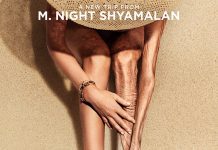 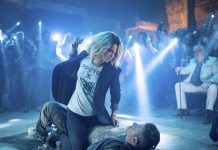