Father’s Day is a celebration of the fathers that have positively influenced our lives, as well as the impact of fathers on our society as a whole. To show just how important fathers can be, I selected 10 films where fathers play an important role. In selecting these films, I used two criteria. First, they are movies that celebrate all kinds of dads. Some of these movie dads may be selfish or disillusioned, some don’t have the best relationship with their kids, and some of them might seem like they are doing more harm than good. But despite their weaknesses, they all share one thing in common; an unrelenting love for their children. By contrasting different dads, I wanted these films to show us the many different ways that fathers are important in our lives. The second criteria I used was that the films had to be fun to watch. If you want to honor dad with a movie, it has to be one that he will enjoy.

How it Honors Fathers: This is a movie that explores the importance of the father-son relationship. It shows us that even when father and son don’t see eye to eye, even when they may have difficulty supporting each other’s decisions and differences, they can still be a family. It then contrasts this with other family members who clearly don’t have the same type of relationship. Instead of supporting each other, those others act selfishly, which makes us better appreciate our fathers, despite some of their faults.

Why Dad Will Love it: Nebraska is an understated, casually-paced road movie that harkens back to a simpler time, yet explores complicated topics related to the current state of life in rural America. It is also charmingly funny with memorable characters and great performances. Dad will be charmed.

Father of the Bride

How it Honors Fathers: As a parent, watching your children grow up can be a bittersweet situation. On one hand, they become their own person, putting to use all of the things that you have taught them along the way. On the other hand, they are becomming more independent from their parents and will leave. This movie perfectly explores this conundrum and how it effects poor old dad.

Why Dad Will Love it: I considered listing the original Father of the Bride for this spot, but the reason I chose the remake was because of Steve Martin. Martin has been a father figure in a number of great comedy films where he plays a father, and fits the role perfectly. Dad’s can relate to the way he plays the role of the patriarch – trying to be calm enough on the outside, but unhinged on the inside. He is honest in his approach, and I think that is what really makes his films have a heart of gold.

How it Honors Fathers: Fatherhood isn’t easy. Kids can be messy, annoying, and demanding. This movie plays up all of those difficulties by matching a typical kid with an unprepared father. It makes you appreciate everything your own parents put up with. At the same time, it also explores the special teaching opportunities that fatherhood affords. Yes, some of these teaching moments in this film may be a tad immature to say the least, but the point is made. Dad’s love teaching their kids what they know, and the world is a more exciting place because of that.

Why Dad Will Love it: Adam Sandler’s comedy may be brash and crude, but it can be effective at times, especially here where he uses it to describe the impact a child can have on the life of a man. Dad should enjoy the crude comedy coming from a place of heartfelt sentimentality.

How it Honors Fathers: Parents are always looking for a fun family outing, and the road trip is one of the ways to accomplish this. However, dealing with your family in an unfamiliar environment, often in close quarters can also cause some hair-tearing-out. Vacation is ultimately about spending time together as a family, for worse or for better. Even if the kids don’t appreciate it at the time, it will be something that they look back fondly upon later in life.

Why Dad Will Love it: Vacation is a classic comedy. It’s a timeless premise brought to life with a great cast and that quintessential 80’s nostalgia. No matter how many times you’ve seen it, it still remains funny and entertaining. If dad doesn’t already know all the lines, this will be a good opportunity to learn them.

How it Honors Fathers: Dad is always looking out for what’s best for his family. If that means giving a lie detector test to your potential future son-in-law to vet him, then that’s what he has to do. It’s about good intentions. Dad does what is necessary to protect the family, even if it means embarrassing the kids or going to seemingly extreme measures to ensure their safety.

Why Dad Will Love it: Robert DeNiro is a living legend of the silver screen and surely Dad will appreciate his comedic brilliance in this film. Dad will appreciate (and laugh at) how tough DeNiro’s character is for the sake of his daughter. He’ll also appreciate the many laugh out loud moments this film offers.

How it Honors Fathers: It is every father’s worst nightmare for something terrible to happen to their children. This movie explores this “what if”, but it’s also about the determination of a father to make things right, whatever the cost. Taken also honors fathers by featuring one of the most kick-ass dads of all time. Don’t mess with dad.

Why Dad Will Love it: Liam Neeson is a modern action star. This film makes him a dad who you do not want to mess with. He will literally do anything for his daughter, including killing a bunch of bad guys in merciless fashion. Dads who are action junkies won’t have much to complain about.

How it Honors Fathers: Dads will do everything they can to ensure the safety of their children, even if that means swimming through an entire ocean. Finding Nemo is a representation of the devotion and sacrifice that dads everywhere provide to their offspring. It’s a big, dangerous world out there, yet dad kept us safe.

Why Dad Will Love it: Pixar’s best movies have a certain magic that even the pickiest Dads can’t deny. Finding Nemo is a beautiful adventure film, full of laughs and tears. Younger children will enjoy the animation, while the older people will appreciate the meaningful story about a father and his son.

How it Honors Fathers: This movie honors those fathers that have to live away from their children due to divorce. It shows us how this can be a very difficult situation, one that, in the case of what’s possible in the world of a 90’s comedy, can cause them to take rediculous actions. It’s not necessarily saying that drastic action is required, but it is saying that life without your children is difficult. This film celebrates the fathers that face that battle every day.

Why Dad Will Love it: Robin Williams was an energetic comedian who would always find a way to make you smile, and this is his best known movie role. William’s antics in this film may be a little extreme, but as a comedy it works – especially given the fact that he goes through so much effort just to have the chance to be with his children. Dad will enjoy the comedy, and appreciate the efforts.

How it Honors Fathers: With “father” in the title, you would expect that this film has a lot to say about the paternal influence, and you’d be right. Although the referenced father is the leader of a crime family, it’s a family nonetheless. Despite the many hardships (including the loss of a son) and the difficult nature of the business, he always has one focus: the family. Nothing is more important to him than his own flesh and blood. Even the most notorious criminals can be great fathers.

Why Dad Will Love it: The Godfather is one of the most impressive movies ever made. It has an incredible story and features incredible acting. The crime drama story is a thrilling one that also pulls at the heart strings. It’s a “manly” film that doesn’t have to give up its tough guy persona to tell a deeply emotional story.

How it Honors Fathers: Though they may not admit it, kids learn a lot from their parents. In the case of Indiana Jones, he seems to have followed exactly in his father’s footsteps. In a way, he’s honoring the legacy of his father, and even helping him out with his life’s work. We may not all have globe trotting fathers, but we look up to what they have accomplished in life and use that as a motivator for ourselves.

Why Dad Will Love it: If Dad loves adventure films, you can’t go wrong with Indiana Jones. This third installment of the venerable franchise is full of impressive action, amazing scenery, witty comedy, and evil Nazis to wave a fist at. What steals the show, however, is the relationship between father and son, brought to the big screen with incredible charisma between Harrison Ford and Sean Connery. 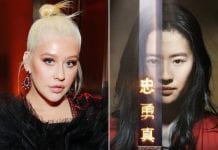 ABOUT US
For the latest in movie, gaming, and all things geek related. Our team covers the biggest events with experienced writers and passionate fans.
Contact us: jor[email protected]
FOLLOW US
© 2020
MORE STORIES