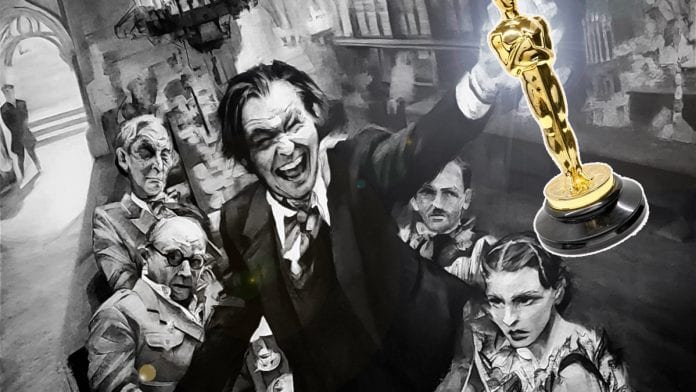 The impact of the pandemic puts Netflix’s 2020 film output under incredible scrutiny. What does that mean for the chances of other streaming services with original feature-length content to win major film awards moving forward?

Normally at this time of year we would be preparing for the favorited Oscar hopefuls to begin trickling their way into theaters. Each year there are a few highly-regarded films which made their debuts earlier in the year on the festival circuit. In September, October we see the smaller prestige pictures making their ways into theaters. But November/December is generally the time reserved for heavy hitters. There won’t be any this year.

Studios have long perfected the technique of releasing a prestige picture towards the end of the calendar year. Movies with an official release by the cut-off date will earn eligibility for the upcoming awards ceremonies taking place the first three or so months of the following year. They typically choose the end of the year as a way to stay fresh in the audience and critics’ minds heading into balloting. If they release the film too early, there is a chance a different film will strike a chord with audiences. If they release the film too late there isn’t time for critics reviews and word of mouth to spread to give the film the buzz it needs for a win.

This year things are even more complicated than usual. With increasing lockdowns and brick and mortar theaters closing up shop, the traditional means by which to create “Oscar Buzz” is not available. We’ve already said enough about major releases being delayed and the impact of these changes to major movie theater chains. But what about the indie movie theaters? These are the places we would typically go to see the smaller films which don’t have as much fanfare as the major studio Oscar bait but have the quality to potentially win awards. Those smaller theaters are not going to see as much (if any) traffic this year, and those smaller films won’t have as many avenues for eyeballs as they had in the past. What does all of this mean for the 2021 movie awards season? Mainly it is a huge opportunity for streaming services, and they really need to take advantage. Ever since Netflix and Amazon Studios began sponsoring production of feature films earlier in the last decade there was always the question as to when they would be taken seriously on the awards circuit. For a number of years their films didn’t really move the needle, but that changed to some degree last couple years. With the success of films like Roma, The Irishman, and Marriage Story we saw Netflix begin to earn some of that recognition. This year is streaming studios’ opportunity to step up to the plate along with the most prestigious traditional movie studios on the planet, and prove that they belong.

Netflix is of course the leader in the field and there is not really anybody else who is close at this point. Let’s put that into perspective. This year, Netflix has a chance to become the record holder for the distribution studio with the most best-picture nominations in a single year. The current record holder is MGM, who had 5 films earn best picture nominations back in 1937. Last year, Netflix had two films (Marriage Story, The Irishman), and they are all but guaranteed at least the same number this year (Trial of the Chicago 7, Mank). With little opportunity to create Oscar buzz in a traditional manner, other studios are at a loss compared to what Netflix can bring to the table to secure more best picture nominations. We’ll see what happens on March 15th, 2021 when the Oscar nominees are officially announced.

Netflix has several advantages this year in terms of earning prestigious awards, and the impact of this season’s outcome may give it some advantages for at least the next couple years as well. First, and most obvious is Netflix’s net gain for eyeballs during the pandemic. While other studios are struggling to get their films on streaming platforms, Netflix already has that infrastructure in place. Not all of Netflix’s subscribers are watching their award-hopeful films, but having the platform in place is a huge advantage towards getting more of them to be watched.

Traditionally, the prestige pictures would not often be played in major theater chains. It took incredible buzz for the average theater-goer to make the extra effort to seek one of these films out. Now, with the help of positive critical reception and social media buzz, people who are already subscribed to Netflix have an easy avenue to watch these films and further those films’ positive reception. For the short term that is good because Netflix’s position becomes stronger if the pandemic situation gets worse. Furthermore, it may attract people to its films more often in the future, if they see them as being quality and equal to what they watch in theaters.

The other important, and arguably greater advantage to Netflix in the awards season race is HOW their films are being produced. Netflix started their exploration into film production and distribution by kind of giving carte-blanche to important celebrity filmmakers like Michael Bay and Adam Sandler. That was good to attract attention to the service, but that effort is not going to yield any positive growth of legacy for the platform. You need prestige films which will confirm that Netflix can produce movies that are “as good as anyone else’s’”.

Netflix has been working towards this goal by throwing more money at more prestigious film makers. In the case of both Martin Scorsese and David Fincher, they are given the freedom they desire to make the types of movies they want to make without having to argue with the studio about how much it will cost to make their vision a reality. In many ways it is much different than the traditional film development methods utilized by other studios. In those cases, film makers are fighting with other film makers to convince the studio that their idea is worth the money. In these cases, it is the studio who has to make the decision about the best way to proceed for their own business.

That’s not to say traditional studios are not placing emphasis on the quality of the product, just that they have to look at the competition from a business perspective. There has to be incentive for them, and that incentive is not always to try and make the best movie. Netflix’s approach is to give these veteran filmmakers the freedom to do (nearly) whatever they want – to trust them. Rather than the filmmakers coming to the studio to try and convince them to make their movie, it is the studio going to the filmmaker and trying to convince them to make a movie. The financial implications of Netflix’s approach have yet to be determined. But if the studio is finding success by pandering to these prestigious veteran filmmakers, it is only a matter of time before they begin attracting other talent away from the other studios. Why would filmmakers want to deal with the traditional Hollywood system if they can just go to Netflix and have arguably more flexibility to accomplish their goals?

This approach may be short lived, but it could provide benefits to Netflix moving forward. If the high spending for Martin Scorsese and David Fincher’s talents is just a matter of catching the industry’s attention, I think this year is their chance to do that. Then, moving forward you have more talent that is willing to come and work with you for the freedom, but also because of what others have been able to accomplish in the system. Furthermore, Netflix may not need to spend as much money as they are doing now to maintain this talent. All artists yearn to express themselves with as little interference as possible, and if Netflix offers them that opportunity, would they take it even if it means they are making less money than through a traditional studio?

The end result could be a talent stream coming from Netflix for the immediate years after this one. Suddenly, Netflix isn’t just the distribution company of most convenience, it also becomes the distribution/production company which can provide the most artistic flexibility. With less constraint, you would expect the quality to remain consistent. It could also attract other services to attempt a similar business plan. Certainly Apple and Amazon have a similar (if not greater) amount of capital as Netflix to invest, it may just be a matter of time before they are on the same level.

Netflix can continue down this path as long as it makes economic sense for them to do so. With increased competition from other streaming services, Netflix’s market on prestige pictures may shrink. After all, the reason a studio would want to make a prestige picture and win awards is to attract talent. Filmmakers of all trades will want to work with the best in the industry in order to elevate their craft. If Netflix is unable to maintain their talent because of other studios (streaming or traditional) attracting that talent away, then we could certainly see a decline in the quality of their films.

So, I think this awards season is absolutely critical for Netflix. They need to have a better showing than last year, which was by all means a successful one. But with the impact of the pandemic this season there may never be another year in which Netflix has as many advantages working in their favor as they do now. Because of this, I expect this Oscar/Awards season to be very atypical of what has come before, and what will come after.

This year could be a transition year which sees the scales tipping more towards streaming-service produced films getting positive attention. Or things could swing back towards traditional studios who had actually been figuring out as of late how to make major profits on their prestige films (See Dunkirk, 1917, Joker, Once Upon a Time in Hollywood, etc). But that, of course, requires theaters to be attracting large crowds in the first place….