It seems like a long time ago now, but I can recall a time when discussions about a film or TV show dealt mostly with the on-screen events depicted in the film or TV show. That’s changed these days. If you go on any movie/TV website, you’ll find that half (or more) of the discussions are bitter arguments about some detail of the movie which is questioned regarding its political correctness.

The upcoming Star Trek Beyond is getting mired down in an argument about Sulu’s sexuality. In the new film, Sulu will be depicted as a gay man. Classic Star Trek cast member George Takei—an openly gay man himself–is against the change since it’s not true to Gene Roddenberry’s original vision of the character. However, Zach Quinto, who plays Spock in the reboots films—and who is also an openly Gay male—supports the change to Sulu’s character. Their debate has overshadowed the promotion for the movie.

The recently released Legend of Tarzan film is another movie which is getting mired down in a PC controversy. Discussions about whether the old “white savior” trope makes the movie racist or not has become more of a talking point than any other aspect of the movie. Rather than comparing the movie to the Edgar Rice Burroughs novels, you have people comparing it to Birth of a Nation.

Much of the buzz about Marvel’s upcoming Doctor Strange film concerns the “white washing” debate about how the Ancient One, originally written as an Asian male, has been reinterpreted as a white woman. A similar debate has overshadowed the planned Ghost in the Shell film which is an adaptation of a Japanese Anime, starring Scarlett Johansson in the lead role. The IMDb forum for Ghost in the Shell is about 70% related to white-washing.

The reboot of the Ghostbusters received terrible advanced reviews. However, instead of discussing why the trailers failed to make the film look good, the conversation revolved around the argument that all the people who disliked the project were really sexists.

The casting of The Rock in the announced Doc Savage movie should have made fans of the character happy because the movie was finally moving forward, but instead it has led to much debate about whether a person of color should play the Man of Bronze. This is reminiscent of last year’s controversy about whether or not Michael B. Jordan should have been cast as the Human Torch in The Fantastic Four. People argued so much about his casting that they missed all the other blatant warning signs that the movie was going to be a disaster!

Is all this PC debate taking the fun out of discussing movies and TV? As someone whose been writing about film since 1986, I used to love spirited discussions about the merits of a script, the performance of the actors and the quality of the directing. I do not, however, enjoy arguing about whether or not Jimmy Olsen should be black on Supergirl.

I sympathize with some of these complaints because I’m usually a purist when it comes to accurately translating characters to the big screen, but once the casting is done, all you can do is sigh with annoyance and hope for the best. It’s all right to have an opinion on casting. Every film fan has the right to say whether or not they agree with the studio’s choice for a character. However, when the race of an actor becomes the primary aspect of discussion in a major movie, we’re losing our focus on what film is really about. I don’t personally agree with all the casting choices mentioned about (I was against the casting of Tilda Swinton in Doctor Strange) but as someone who has loved film all my life, I still want to focus on the overall movie rather than obsessing on one aspect that I don’t agree with. 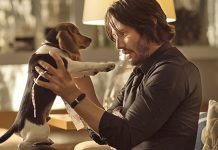 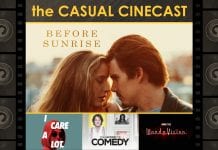