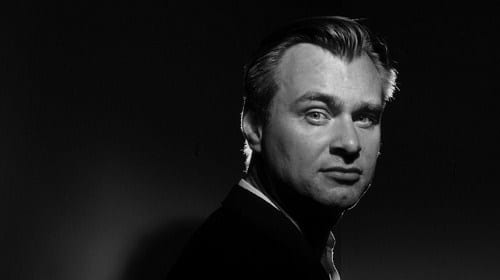 Christopher Nolan is one of the most successful and acclaimed film directors working today. However, he didn’t become a sensation overnight. We take a look back at how his career blossomed in the first place.

Christopher Nolan’s next film, Tenet will be his eleventh feature film. It seems to carry on his tradition of providing big-budget blockbuster excitement and production values, but with a thought-provoking and complicated premise usually reserved for smaller films. Nolan has resurrected the onscreen presence of one of the most popular comic book superheroes of all time after a previous film series lost momentum. One of his most popular films tells its story backwards, and his most recent film is successful despite an almost complete lack of character development. His films have constantly been hits at the box office despite their risk, and his achievements have been well recognized by his peers and critics alike.

To put it succinctly, Nolan is an enigma in modern cinema. He has accomplished many impressive feats as a film director, writer, and producer. He has found success doing the kinds of things which tradition says shouldn’t have worked. In the vein of Martin Scorsese, Steven Spielberg, or David Fincher before him, his output has come to become something that is embraced by a wide and varied audience. He has also remained impressively consistent with his approach and execution to film making, something which those other names I wrote had at times struggled with.

Of course, there’s more to Nolan’s story than what meets the eye. This is the story of how Nolan’s perseverance and determination to be a filmmaker eventually got him to where he is today…

Christopher Edward Norton was born on July 30, 1970 to an English father and an American mother. As a dual citizen of both countries, he split his time with his father who was an advertising executive, and his mother, who was a flight attendant. At the age of 7, Nolan recalls that his father took him to see Star Wars in theaters, and later a re-release of 2001: A Space Odyssey. Those two experiences had a profound impact on the young child, who began having an interest in film. As many young filmmakers had done before him, he repurposed his father’s Super 8 camera and began making his own films. From that period of time forward, Nolan knew he wanted to become a professional filmmaker. Nolan attended a boarding school during his teenage years, and then decided to attend University College London to study English literature. He decided not to study film so that he could gain “more perspective”. However, he chose this college because of the filmmaking equipment they had available. He ran a film society where they screened 35mm films, and used money from those screenings to create his own short films.

After graduating in 1993, Nolan went on to work in corporate films as a script reader, camera operator, and director. During this time period, he made several short films. His 1995 short film Larceny was shown at the Cambridge Film Festival and attracted some attention. However, Nolan had a difficult time finding funding for his more ambitious projects. He did direct a feature film art project called Larry Mahoney, but was unsatisfied with the results and ended up scrapping it to work on something else. That ‘something else’ became Following, which Nolan filmed on an extremely low budget and released in 1998. Nolan wrote the film to be as cheap as possible to make, and had to work on weekends because his cast and crew were all full time employed elsewhere. This was his first feature film, and the black and white cinematography played off of his love of classic noir films. The film went on the festival circuit where it won several awards and caught the eye of critics and studio executives. Although the film was not released theatrically, and has not really gained a cult following, it was enough to help convince someone to give Nolan a shot at directing a studio-backed film.

In 1996, Christopher Nolan’s brother Jonathan came up with the idea for the plot of Memento. Christopher was interested in the idea, and encouraged his brother to write a draft, which he soon completed. Together they worked on the story over several months, and Jonathan even wrote the premise into a short story called Memento Mori. Christopher eventually came up with the idea of telling the story backwards on film, and this inspired the two brothers to write a screenplay. The screenplay was shown to an executive at Newmarket Films, who loved it. Soon after, the studio optioned the film and pre-production began. Memento went on to the festival circuit where it received significant critical acclaim and support from audiences. Several international companies picked up distribution rights, but the film had a difficult time finding a distribution partner in the US. Without any options, Newmarket Films decided to distribute Memento themselves, and it ended up performing well in theaters. Memento would go on to be nominated for the best Original Screenplay and best Editing Oscars, but more importantly made people in the industry aware of Christopher Nolan. Fellow director Steven Soderberg, fresh off of the success of Oceans 11, became a major proponent of Nolan, and helped him to secure his next job as director of Insomnia.

Check out the previous installment of this series: Career Breakthroughs: Johnny Depp