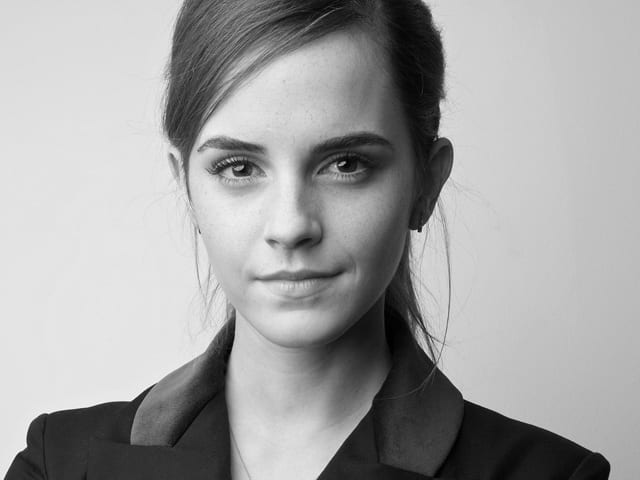 In honor of Emma Watson’s 30th birthday, we take a look back at how she became a star in the first place.

It is rare these days to find a major celebrity in film who went from having no professional acting experience whatsoever to becoming a successful A-list star with worldwide popularity thanks to a singular movie role. Yet, that is exactly what happened in the case of Emma Watson. Usually, an opportunity to star in a major blockbuster film franchise only happens after either working your way up in the industry, or making a name for yourself outside of it. Watson didn’t have to do either. She was simply found to be the most ideal candidate for the role of a very popular literary character come to life on the big screen in the Harry Potter films. Watson would go on to start a career in fashion/modeling, and have major roles in films such as The Perks of Being a Wallflower, Noah, Beauty and the Beast, and Little Women.

Of course, there’s more to Watson’s story than becoming famous overnight. This is the story of how Watson stayed true to herself to win a major role in the Harry Potter films, and how her work in that franchise would lead to many other high-profile film opportunities.

Emma Charlotte Duerre Watson was born in 1990 in Paris, France. Both of her parents were lawyers, her mother was French and her father was English. When she was 5 years old, her parents divorced. Emma went to live with her mother who moved to Oxfordshire, England, and spent weekends with her father in London. For schooling, Emma attended Dragon School. Dragon School is a prestigious, world-renown prep school with history dating back to the 19th century. The school has many former pupils who are famous for their accomplishments, and soon Watson would add her name to the long list. From a young age, Watson wanted to be an actress. Towards this goal, at age 6 she began attending classes at Stagecoach Theater Arts School. At age 7, she won a poetry recital competition at her school, which helped her fully embrace her talent for drama. Eventually she began appearing in school plays. At first, just bit parts, but soon enough she secured the leading role in a performance of The Happy Prince. Watson was noted as being a diligent student and excelled at academics. She enjoyed singing, dancing, reading and participated in many athletic extracurricular activities.

At the age of 9, the head of Watson’s theater group recommended her for an audition. That audition turned out to be a preliminary search for a girl to play the role of Hermione Granger in the film adaptation of the first Harry Potter book, Harry Potter and the Philosopher’s Stone. At the time, Watson did not know what she was auditioning for. The process would take 7 additional auditions before the producers were able to make the casting decision. What led Watson to winning the role was more than just her skills as an actress. To start with, the producers were impressed by Watson’s confidence and intelligence, despite being only 9 years old at the time and participating in her first major audition. The fact that she shared many of the same traits as Hermione Granger in her personal life also helped. Her positive attitude was seen as another key contribution because it would allow her to work well with the other child actors, and deal with the strains of being part of a major film production. But, perhaps best of all, was the fact that she caught the ear of J.K. Rawling herself. Rawling first met Watson over a phone call during the audition process, and thought she would be perfect for the role even before she met her in person.

Already a very popular book series, the film adaptations of Harry Potter went on to have immense success. The first film, Harry Potter and the Sorcerer’s Stone was released on November 16th, 2001. On that day, it broke the single-day record for box office proceeds, and then went on to make more money, breaking the record again, on the second day. It made over $90 million during its first weekend in theaters, also a record for the time. It became the second-highest grossing film in the UK of all time, and in total earned more than $900 million at the worldwide box office.

The immense success of this film, and its follow-ups catapulted Emma Watson to stardom. Watson was beloved by fans for her portrayal of Hermione Granger. She was nominated for 5 major awards for her work, and even went on to win the 23rd annual Young Artist Award for Best Leading Actress in a Feature Film. While at the time she was just 11 years old, she continued her education while working on the additional Harry Potter films.

In 2005, she became the youngest person ever to be featured on the cover of Vogue magazine, which began her work in modeling and fashion. In 2009 she was named as Hollywood’s highest-paid female star, which came as a combination of her modeling work, her work on the Harry Potter films, and for providing her voice for a role in the animated film The Tale of Despereaux. Her first live-action role in a film outside of Harry Potter was 2011’s My Week with Marilyn. In addition to film, Watson would go on to become an influential voice for gender equality and access to education. In 2014 she was named a UN Women Goodwill Ambassador.

Check out the previous installment of this series: Career Breakthroughs: M. Night Shyamalan