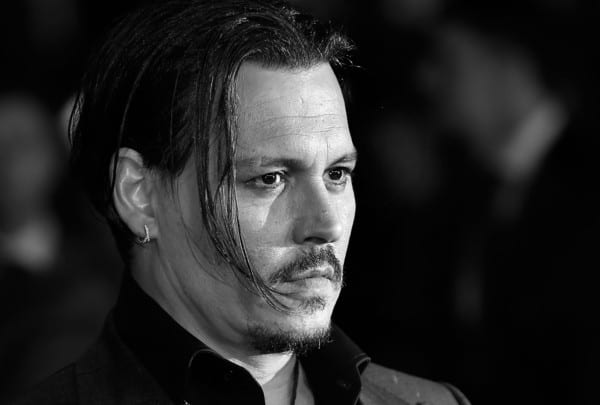 From Nightmare on Elm Street, to starring on 21 Jump Street, to a breakthrough role as Edward Scissorhands, Johnny Depp rose to fame in the 1980’s. In honor of his birthday this week, we take a look back at how he became a star in the first place.

Over the past 4 decades, Johnny Depp rose to become one of the unlikeliest stars in Hollywood. While he always received accolades for his acting talent and his on-screen charisma, he often chose odd or obscure roles, rather than prominent roles in major motion pictures. Compared to his peers who rose to fame in the 80’s and 90’s, Depp seemed to shy away from it. All of that changed with the release of 2003’s Pirates of the Caribbean: The Curse of the Black Pearl where he starred as Captain Jack Sparrow. While Depp had been famous for his work before this Disney-produced blockbuster, this film single-handedly turned him from dramatic darling to in-demand franchise cornerstone.

Studios began developing films with Depp in mind for major roles, rather than having him rely on his chameleon-like ability to morph his talents into an eccentric character role. Even before Depp became an A-list star, he was very prolific, often working on several films a year. During his career he has had his share of flops or films which didn’t make much money, but remarkably enough, he has starred in so many big films that he qualifies as the actor with the third highest box office proceeds of all time. In addition to his work as an actor, Depp is a musician and has played in bands and created his own music. Throughout his career, Depp has struggled with alcohol addiction and substance abuse, which may have played a role in his most recent legal issues with his ex wife, Amber Heard. This public feud, along with a declining quality in Depp’s more recent work, has somewhat dulled his star power. However, Depp’s talents and accomplishments as one of the most versatile and creative actors in the history of film cannot be overlooked.

Of course, there’s more to Depp’s story than what meets the eye. This is the story of how Depp started his career in acting in the first place, and what lead to his first big breakthrough

John Christopher Depp II was born on June 9, 1963 in Owensboro, Kentucky. His father was an engineer, and his mother a waitress. He has three older siblings, two sisters, and a brother. Depp’s father was mostly absent from his life, and his mother did not treat him well. Depp’s family moved often when he was young, and it is reported that he lived in at least 20 different places during the first 8 years of his life. In 1970, they finally settled in Florida. At the age of 12, Depp received a guitar as a gift, and learned to play. This would inspire him to become a musician. At the age of 15, Depp’s parents divorced. A year later, he dropped out of high school abruptly to pursue music. During this time he played in several bands, including The Kids, until 1984. The band went to LA to try and sign a record deal, and were in the midst of negotiations when they decided to split up. Depp went on to collaborate with another band, Rock City Angels, while he worked a series of odd jobs. During this time, he married his first wife Lori Anne Allison, but they divorced in 1985.

During their time together, Lori introduced Johnny to Nicholas Cage, and they became friends. They would drink together, and Cage eventually convinced Johnny to try his luck at becoming an actor. Depp’s first opportunity came as he attended an audition with his friend Jackie Earle Haley who was trying out for the role of Freddy in the film A Nightmare on Elm Street. While he was there, Depp decided to audition himself, and eventually landed the role of Glen. Director Wes Craven ultimately cast Depp in the role when his daughters responded positively to Depp’s head shot. The film went on to achieve much success at the box office, and is considered to be one of the best horror films ever made. Although it didn’t make Depp famous overnight, he got his start in a new promising career. This led to Depp earning his first starring role in a film, in 1985’s Private Resort, a teen comedy. The following year, Depp trained for and acted in a supporting role for Oliver Stone’s Platoon. This film exposed Depp to a wider audience than his previous projects, and caught the attention of television executives at Fox television.

Depp was cast in Fox Television’s police drama series 21 Jump Street. Depp accepted the role because it gave him the opportunity to work with actor Fredrick Forrest, whom he admired. Fox television, which began broadcasting in 1986 didn’t start producing its own prime time series until 1987. 21 Jump Street along with The Tracy Ullman Show, and Married With Children became the studio’s main draws. All three shows were big hits, but it was 21 Jump Street that appealed to a younger demographic. Depp in particular was able to show off his talents on the show, and became a teen idol (even though he was now 24 years old). Depp soon became very much in demand and his career took off. However, Depp’s experience working on 21 Jump Street would come to impact his decisions on work moving forward. He didn’t like being part of something that was so commercial, and didn’t like being the center of attention. He felt like it put unfair expectations on him which was trying to turn him into something he wasn’t. From then on, he decided to carefully pick the projects he worked on, focusing only on characters he found interesting. He was able to get out of his contract on 21 Jump Street after the fourth season, and secured a role in Tim Burton’s Edward Scissorhands. The success of that film firmly established Depp’s stock as a talented and desirable Hollywood actor.

Check out the previous installment of this series: Career Breakthroughs: Emma Watson