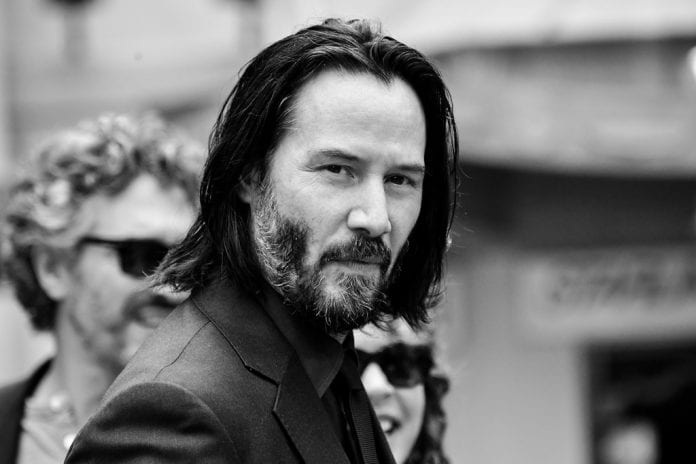 If you are only familiar with Keanu Reeves for the work he has done in his most successful films, you may believe that he is just a typical action movie star. However, his background and philanthropic nature are anything but ordinary. This is a look at Reeve’s early life and how he became famous in the first place.

Despite starring in a variety of different films across all genres, Keanu Reeves will always be most associated with as an action movie star. In the 1990’s and early 2000’s is when he really saw his career take off after being cast in 1991’s Point Break. He would go on to star in other blockbusters like Speed, The Matrix, and The Replacements. I think the reason for his association with action films is that most of his action films were very successful and are still enjoyed to this day. On the other hand, most of the non-action films he worked in throughout his career did not find a lot of success and have mostly been forgotten. Part of the problem of finding success in action movies is having difficulty being seen as capable in other roles, both by studios doing the casting, and by audiences.

However, despite his struggles in non-action roles, Reeve’s career has been very prolific and remarkably consistent. In fact, Reeves has experienced a sort of renaissance in his career as of late. His latest film is Bill & Ted Face The Music, which finds Reeves returning to the franchise which first made him famous. Likewise, he is currently working on the third sequel to The Matrix, a film which is considered one of his best. After that, he will be starring in the production of John Wick 4 & 5, another film series which has been very successful for him. What all this means is that Keanu Reeves isn’t going away anytime soon, and is arguably more appreciated today than any time in his career prior!

Of course, all this success did not happen overnight. This is the story of how his complicated childhood exposed him to many different cultures and eventually inspired him to become an actor….

Keanu Charles Reeves was born on September 2nd 1964 in Beirut, Lebanon. His mother was an English costume designer, and his father was American, born in Hawaii with Portugese and Chinese descent. His father struggled with substance abuse, and left the family when Keanu was 3 years old. Despite the absence of his father, Keanu came to appreciate Chinese culture through the influence of his paternal grandmother. Keanu, his mother, and his sister moved often when he was young. They lived in Sydney, New York City, and then settled in Toronto where Keanu spent most of his adolescence. His mother married three times, each resulting in divorce. Her second husband (and Keanu’s first step-father) was a theater and movie director. During his teenage years, Keanu would work as a stage assistant for him. This would begin Keanu’s interest in acting, although it would take him a few more years to decide he wanted to be a professional actor.

Reeves had a tough time in school and frequently got in trouble. He took a trip to New York City and it reignited his interest in becoming an actor. Soon after, he was accepted to a prestigious performing arts school called the Etobicoke School of the Arts. However, Keanu did not last long at this school, and was eventually expelled for his behavior. He was sent to catholic school, where he played on a hockey team as a goalie. He was voted MVP and even considered becoming a professional athlete. However, an injury convinced him not to pursue the sport full time. He left the catholic school to find work as an actor, while maintaining his studies at the Avondale Secondary Alternative School. However, he dropped out when he was 17 to pursue a career in acting. Among his first jobs was as a correspondent for the Canadian Broadcast Corporation on a youth television news show called Going Great. He performed in several theater productions during this time. His first role was in the production of Wolfboy, and he would go on to play Mercutio in a production of Romeo and Juliet. He had his first role on a Canadian television program called Hangin’ In. In 1984 he moved to Los Angeles and starred in a Coca Cola commercial, and in 1985 he starred in a short film called One Step Away.

Reeve’s first feature film role was in 1986’s Youngbloods. In this film he plays a goalie on a hockey team. He followed that up the same year with a major role in a romance film entitled Flying, and then he was featured in a drama entitled River’s Edge. The latter film found success at the Toronto Film Festival and as such he began to get some attention. He starred in several more teen-oriented films, including 1988’s The Night Before, The Prince of Pennsylvania, and Permanent Record. He had a supporting role in the Academy Award-nominated Dangerous Liaisons. In 1987, Reeves auditioned for Bill & Ted’s Excellent Adventure. The director loved Reeves and thought he would be a great fit for the role of Ted. He was later called back to audition with the actors who were being considered for the roll of Bill. Reeves and Alex Winter were the first two to arrive, and they both drove in on motorbikes. They started to talk and found out they had a lot in common and seemed to enjoy each other’s company. This chemistry between them ultimately won them their roles. Bill & Ted’s Excellent Adventure went on to become a hit film in 1989. Younger audiences loved it, and it made Keanu Reeves and Alex Winter instant stars. Reeves would have many more offers for work come his way, and the success of this film allowed him more flexibility in the types of projects he could work on.

Check out the previous installment of this series: Career Breakthroughs: Christopher Nolan