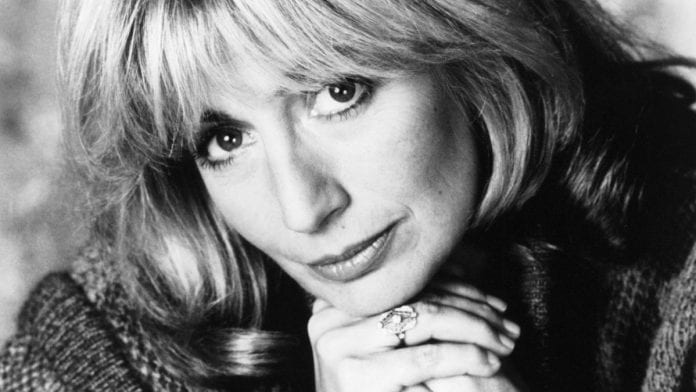 Penny Marshall made a name for herself first as a popular actress on television, and then as one of the most successful female directors in the industry. This is a look at her early life and career leading up to the television show which made her widely famous and opened up opportunities for her to become a director.

Penny Marshall was an acclaimed television and movie actress, a commercially successful director, and producer. As an actress she was best known for her portrayal of Laverne DeFazio in the 70’s/80’s television sitcom Laverne and Shirley. As a film director, her hits include Big, A League of Their Own, and Awakenings. With Big, she became the first female director to direct a film that grossed more than $100 million at the box office. Sadly, Marshall passed away in 2018.

Unlike many of her contemporaries, Marshall did not envision a career in film when she was young. It was actually her brother’s success as a writer for film and television which encouraged her to work in the field. Her fearlessness to try anything is what allowed her to find success in the industry and she became appreciated for that type of an approach. Marshall made friends and developed relationships with many influential people who often collaborated with her on her film and television projects.

But Marshall didn’t become a Hollywood success overnight. This is the story of how Marshall’s success came about as a result of trying new things and working hard….

Carole Penny Marshall was born on October 15, 1943 in New York City. Her mother was a dance instructor, her father was a director and producer of industrial films, and both of her older brothers would go on to work as television producers. From a young age Penny took tap dancing lessons, and would later teach classes at her mother’s dance school. She attended a public high school in New York before attending the University of New Mexico where she studied math and Psychology. Penny dropped out of school in 1963 after the birth of her daughter, Tracy. She married Tracy’s father, Michael Henry, but divorced him 3 years later. During this time she worked a number of different jobs to support herself. In 1967 she decided to move to Los Angeles to work with her brother Garry, who had found some success working as a writer for several popular television programs. Penny attended several auditions and the first job she secured was for an appearance in a shampoo commercial.

Penny’s brother Garry was a writer for the popular television show The Odd Couple. He was able to get Penny a small role as a secretary, which became a recurring role. This opportunity provided exposure and experience, and soon she was winning larger and larger roles. She went on to be featured in two episodes of The Mary Tyler Moore Show as well as several television movies. Garry was a writer on Happy Days, and needed two women to appear as guests in one episode. He cast his sister in one of the roles, as an acquaintance of Fonzie. Penny’s performance, as well as her chemistry with the other guest star in the episode (Cindy Williams) became very popular with audiences. Garry decided to pitch a spinoff starring the two women, which eventually became Laverne and Shirley. Penny starred in the new sitcom which lasted for 8 series and was immensely popular.

While Penny’s turn as Laverne in Laverne and Shirley made her a star, it did not really lead to many opportunities for her to become a movie star. During her time making the show, Penny learned more about the process of directing. By the time the show ended, she had directed 4 of the episodes. She gained experience directing several episodes of other television shows before she was offered a job to direct a film that would later be titled Peggy Sue Got Married. Her brother was working on this film as a writer, but left production due to creative differences. Penny decided to leave production as well, and went on to direct Jumpin’ Jack Flash starring Whoopi Goldberg instead. Production of that film proved to be difficult, and Penny was brought onboard with the film already in production and having lost its original director. Penny’s next film as director was 1988’s Big, which became a huge hit and catapulted Tom Hanks to stardom. The success of this film was the second “breakthrough” in Penny Marshall’s career, establishing her as a director, in addition to an actress.

Check out the previous installment of this series: Career Breakthroughs: Martin Scorsese