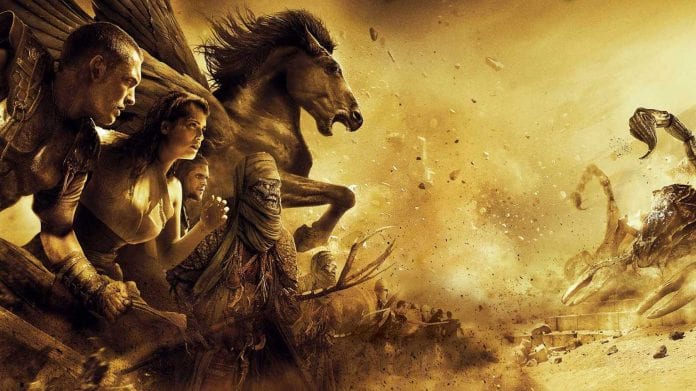 If it ain’t broke, don’t fix it. If it’s absolutely perfect the way it is, absolutely don’t mess with it! These are 10 cinematic examples where someone didn’t listen.

Look down at the titles of these films, and you’ll see the titles of some of the finest movies ever made. We have exemplary exhibits of some of the greatest cinematic achievements across a variety of genres and generations. They are academy award winners, box office hits, and cult films which have left a sizable mark on pop culture. They are movies that inspired countless others, and are fondly remembered to this day. Except, they’re not. These are remakes of those great films.

Somewhere, someone had the great idea that they could do it better, and convinced someone else to give them money to try to do so. That makes them worse than blatant knock-offs. Knock offs at least admire the OG enough to want to emulate it. These remakes are just shameless examples of movie studios trying to make a quick buck at the expense of cinema’s storied past. I’m not bashing remakes as a whole, just these particular examples. There are times when a remake makes sense, and times when it doesn’t, as I will demonstrate with each of the following 10 films… The original: Classic sword & sandals adventure bringing Greek mythology to life with Roy Harryhausen’s irreplaceable stop-go animation style. Not the best film ever made, but a smash hit in theaters and continues to have a strong following today.

The remake: Used generic 2000’s-era CGI to replace the most iconic aspect of the original film. Sam Worthington tries to make a name for himself, Liam Neesan is a God.

What went wrong: Mundane, generic, uninspired. Helmed by a director whose best film is one of the MCU’s worst. The original: One of the best films ever made, a classic historical drama full of gladiator fights, epic sea battles, the most glorious chariot race ever put on film, and that Jesus scene. Nominated for 12 Academy Awards, won 11 of them, which is still a record. Huge hit at the box office.

The remake: A more faith-based interpretation of the original story, using CGI to fill in the action bits.

What went wrong: Cast filled of nobodies (sorry), amateurish execution, overreliance on CGI and heavy-handed imagery, somewhat ret-cons the original story in a way to appeal to a narrow audience of a certain demographic.

Analogy: Building a mountain to rival Everest by pushing all the sand in your sandbox to the middle. The original: Keanu Reeves and Patrick Swayze star in Katheryn Bigelow’s action-crime thriller about a group of adrenaline-seeking criminals that shouldn’t work, but does. Did fairly well at the box office and has maintained popularity thanks to the charisma and appeal of its two big-name costars.

The remake: Same basic premise, but instead of just surfing, ups the ante in the adrenaline-seeking department with more extreme sports.

What went wrong: Forgets to come up with a convincing reason to exist in the first place. They replace THE Keanu Reeves and THE Patrick Swayze with a duo of actors known for their supporting roles, and instead try to ramp up the machismo angle.

Analogy: Making an off-brand version of Red Bull marketed as having twice as much caffeine, but the service size is half as much. The original: Part of Disney’s revival during the early 90’s, a vividly animated tale with memorable musical moments and voice acting that takes place on the African savannah. It was Disney’s highest-grossing film ever at the time of its release, and winner of two Oscars.

The remake: CGI remake of the original, done in a style to make the characters look like real animals rather than animated. Same plot, same characters, mostly different voices.

What went wrong: It didn’t really go wrong, it’s just does something that didn’t need to be done in the first place. The original is an animated masterpiece, so why does it need to be recreated using 2010’s technology? The original: High-concept sci-fi action blockbuster starring Arnold Schwarzenegger. A construction worker hires a company to give him memories of being a secret agent on Mars, but the procedure goes wrong and he begins to realize he is actually an agent. Directed by Paul Verhoeven, it was well received at the time of its release and was a box office hit.

The remake: Same general idea regarding memory treatment, but set on a dystopian Earth. Colin Farrel stars in an odd-for-him action movie protagonist role. Directed by the director of Live Free or Die Hard. Not at all well received by audiences, so-so performance at the box office.

What went wrong: No Mars. A central identifying factor of the original film, and you completely do without it for the remake? Odd casting and lack of talent behind the camera also didn’t help. Looks nice, but just doesn’t have a drive or enough creativity to stand out from the shadow of its predecessor.

Analogy: Trying to recreate your favorite take-out meal at home. The original: Teenage musical drama about a young man who challenges a small town’s ban on rock music and dancing so that his class can have a prom. While the film isn’t considered a masterpiece by any means of the imagination, it does hold a soft spot in our hearts as an exhibition of 80’s pop culture and music.

The remake: Same premise, but the film is designed for a newer generation. Actually better received than the original, but more quickly forgotten.

What went wrong: Starting out with a lackluster film in the first place. Footloose is probably more renown thanks to its song and the dancing associated with it, than the qualities of the actual original film itself. The movie is very cheesy, considered so even when it was released back in 1984. Since the remake didn’t really change the underlying premise, it feels even more camp. The original: An originator in the slasher sub-genre, came to invent many of the concepts that are considered tropes by today’s horror movie standards. Directed by Wes Craven and considered to be one of the greatest horror movies ever made.

The remake: A Hollywood-ized attempt to reboot the franchise. Unlike competitors Halloween and Friday the 13th, it wasn’t “re-imagined” by someone who had already become known for their work in horror. This one was directed by a guy who only had music video and commercial experience.

What went wrong: Lack of talent, lack of direction, lack of inspiration. Despite doing fairly well at the box office, it became heavily criticized for going through the motions of the first film without adding anything new to the picture. Unlike the other two major slasher film franchises which went on to have some success in remakes, this one all but killed off the franchise.

Analogy: Your neighbors buy new fancy cars, so you do the same, but you can’t afford the payments and go broke. The original: Classic science fiction adventure film where an astronaut is transported to a planet where intelligent apes are the dominant species, and humanity is treated like animals. Received much acclaim upon its release, did well at the box office, inspired 4 sequels and two television spin-offs. Remembered today as one of the greatest science fiction films ever made.

The remake: The same story, but given a 21st century re-imagining. Starring Mark Whalberg, and brought to life with convincing prosthetic work mimicking the original film. Despite critical disdain, went on to become a hit in theaters.

What went wrong: A remake of POTA was inevitable, but to give Tim Burton first crack at it is not only unexpected, but bizarre. The approach was to make the original into a typical early 2000’s action blockbuster, but Burton isn’t right for that job at all. Most perplexing is the way they changed one of the most iconic endings in movie history to one of the worst movie endings ever made. The original: Well, a remake itself. The original original film was Akira Kurosawa’s seminal 1954 action drama, Seven Samurai, considered one of the greatest films ever made. The 1960 version was a remake as a western, with an incredible cast of Yul Brunner, Steve McQueen, Charles Bronson, Robert Vaughn, James Coburn, and Eli Wallach. While the 1960 version is less critically acclaimed compared to the original, it is still highly regarded.

The remake: Taking the idea of the 1960 remake, but using popular modern day actors to fill the roles. Denzel Washington, Chris Pratt, Ethan Hawke, Vincent D’Onofrio tried their best to fill in, and Antonine Fuqua directed. The film did moderately well at the box office, but received mixed reviews.

What went wrong: It’s like making a copy of a copy. No matter how awesome the original is, it will get watered down over time. The newest Magnificent 7 is not a bad film per se, but it still pales in comparison with what has come before. The cast doesn’t feel like it was full enough of A or even B-listers to be considered an event film, and it doesn’t come up with original ideas which explain why it needed to trample on this hallowed ground in the first place.

Analogy: Using a 3D printer to recreate a treasured antique which itself was a recreation of a Ming dynasty vase. The original: One of Alfred Hitchcock’s finest films, considered one of the best horror movies ever made, and one of the greatest films ever made. Based on a novel of the same name it would later inspire the slasher film. The film was a huge success upon its release, and would go on to earn 4 Oscar nominations.

The remake: A shot-for-shot remake with updated cast and setting. Mostly copies the script of the original, and also mimics some of Hitchcock’s direction. A flop at the box office.

What went wrong: As a commercial endeavor, it seems like a pointless exercise trying to ride the coattails of a classic film to box office success. As an experiment in modernizing a classic film, its huge budget and continuity of direction (i.e. not providing a modern perspective) betrays its intent.

Analogy: Expensively building a replica of a classic car.