It wasn’t that Superman Returns was a bad film; it just wasn’t particularly great. Returns was at its best when it borrowed from the original Christopher Reeve/Richard Donner film. Brandon Routh wore the cape well, and even though some didn’t care for his similarity to Christopher Reeve, he was hardly the reason why the film missed the mark. A mediocre script didn’t help. Let’s face it: the Krypton island idea was a snoozer. Lex Luthor and his goons get to the island and they only thing they have to do is play cards? Terrible idea. Bad casting didn’t help either: Kate Bosworth and Kevin Spacey are talented, but horribly miscast. The lack of chemistry between cast members ruined any chance the film had to be memorable.

Rumors abound about the new Superman film and the direction it will take. Facts are few; we do know it will film in Canada and may feature an origin story of some type. Screenwriter David Goyer has written about his admiration for the “Secret Origin” comics which follow a young Clark Kent, and it may serve as a model for his screenplay. There is a rumor that Superman may be largely CG, in the vein of Green Lantern or even Dr. Manhattan in Watchmen. Casting rumors, at this point, are largely limited to fan speculation.

Rather than wading through all of the possibilities swirling online, I decided to build a list of five ways Snyder could make the next Superman an incredible movie experience. While Snyder may have already finalized some decisions (like the plot), I’ll build my list from square one, as if Snyder had a clean slate to work with. 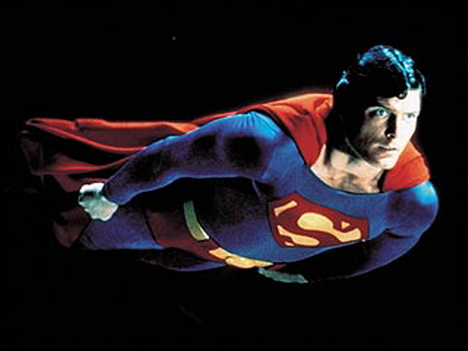 1. Drop the origin story.
I realize why many filmmakers like Snyder would want to do a origin story; it gives them the opportunity to put their own stamp on the Superman identity. If there’s one origin that doesn’t need retelling at this point, however, it’s Superman. Between the comics, movies, and TV shows like Smallville, it’s the most well-known origin tale in all pop culture, and at this point, there’s not much new that can be told.

It can be tough to keep origin stories interesting, and as talented as Goyer is, I find it hard to believe he can give this a fresh twist. It will undoubtedly echo what we already have seen in the Donner Superman as well as Smallville. We would be better served to have a Superman movie that jumps right into a compelling story, similar to what we see in the James Bond pictures.

It has been confirmed that the film will tell of Clark Kent’s early years. What is unclear is if the story is before or after he takes on the mantle of Superman. For my money, there’s no need to show the transition from man to Superman. We already know the character. Just get the ball rolling.

Superman should stand apart from the literally dozens of superhero movies of recent years, and this includes Batman, X-Men, and Spider-Man. Nearly all have taken a modern setting. Setting the film in the 40s will give Big Blue an original look and style, reminding us of the character’s roots in the early comic books and the incredible Fleischer cartoons. While it will also remind folks of the old serials and George Reeves TV show, it would still feel fresh.

So many of the modern-setting superhero films operate in a jaded culture, but a 40s era setting could explore the wonder of a more innocent time discovering a super-powered hero. Besides, Clark Kent will get to wear cool hats and actually get to use telephone booths to change into costume.

My final point as to why Snyder should set the film in an earlier era is simple. In an interview about Snyder directing the new film, Brett Ratner said Superman needed to be updated for a contemporary audience to make it relevant. Enough said. When it comes to Ratner, we should always do the opposite of what he says.

3. Limit Superman’s powers.
Some people find Superman comics boring, because a nearly invincible superhero doesn’t feel much fear and is never in any real danger. As a result, it’s hard for the reader to connect. The only time Superman is in peril is when someone has gotten hold of Kryptonite. We’ve seen all of that before, told a hundred different ways.

By making Superman less than invincible, you make him more human and much more relatable. He could still have bullets bounce off him and bend steel with his bare hands, but it wouldn’t be painless. Superman would have to rely on getting sunlight on a regular basis to remain “The Man of Steel,” which could make for some interesting storylines.

Besides his invincibility, Snyder could also address his greatest power: flight. In the early days of the Superman comic books, Supes couldn’t fly. That’s where the “leap tall buildings with a single bound” line came from. In the first issue, Superman had to make super-jumps to get around. By bringing that limited-powered Superman back, you make him a more interesting character. He could still be in the process of discovering his potential, including finding out he has X-ray and heat vision. It could also set up a dramatic point in the film, when Superman learns to fly. When Superman finally says “up, up, and away,” and takes to the skies, the anticipation will have fanboys jumping out of their seats in joy.

4. Ease up on the CGI.
When CGI is done well, you never notice it. When it is bad, you get the Star Wars prequel trilogy and other disasters. CGI has killed practical effects and stunts, and even worse, it has killed the art of storytelling.

Zach Snyder seems to be a serious fan of CGI, employing it heavily in most of his films. To his credit, however, he doesn’t use it as a crutch like other directors do. He handles it fairly well, even though his films are very stylized and bend the boundaries of reality with regularity. That being said, Superman could actually benefit with some limited CGI, but not to the extent of 300 or what we’ve seen from Sucker Punch. If the film is set in the past, say in the 1940s as I suggested, the use of CGI to recreate a Metropolis of the era would look great.

Even in the recent Superman Returns the use of CGI couldn’t help in one pivotal area: showing Superman in flight. It just didn’t look believable. The only time Superman actually looked like he was flying occurred in the Donner films when wires were used to allow Christopher Reeve to gracefully take off and land. The dated film compositing for much of the rest of his flying looked glaring in comparison.

If Snyder is smart (and I think he is) he will do some serious wire work to give a realistic illusion of flight, with some subtle CGI blended in. Please, Zach, we WANT to believe a man can fly.

5. Use the John Williams theme.
This is a no-brainer. The Superman March by Williams is a musical masterpiece, and not just among movie themes. The rest of the movie could stink, and I would still be happy when the music comes up. We shouldn’t even have to ask.

I realize Snyder will probably never see my suggestions and even of he did it’s unlikely he will do anything other than what he has envisioned for the character. I’m fine with that, because with his record so far, he has earned his own shot at the king of the superheroes. I can only hope he cares as much for the image and legacy of The Man of Steel as I and so many others do.