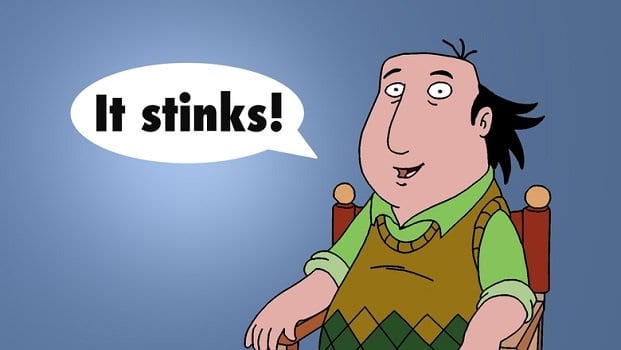 This month we’re looking at contemporary trends in social media which have damaged the perception of film as both a form of art and entertainment media. First up, we talk about the increasing habit of dismissing a film because of personal bias.

Movies aren’t always so simple. Sometimes they can get so complicated we need someone on the internet to create an infographic chart explaining the plot. Nobody likes staring at a screen for two hours and having no clue what is happening. It can be frustrating and a waste of time, and can make you feel unintelligent. For many people who experience this, their first inclination is to criticize the film. You’ve heard all the complaints: it’s pretentious, it’s self-indulgent, it is nonsense, a waste of time, etc.

While there are certainly films out there where these types of criticisms ring true, I feel like the majority of the times people use these complaints it is because they are watching a film that is different than the type of film they might typically watch and enjoy. Lately, this trend only seems to be increasing exponentially because of stay-at-home orders. People are sifting through the films on Netflix and trying out the ones which have received high praise. But for those people who are watching Enemy, Memento, or Under the Skin for the first time, it can be a daunting task. Their complaints fill the comments sections of Ads promoting the appearance of these critically acclaimed, but perhaps under-seen films on streaming services. I get it. Many of us just want to throw a movie on TV and watch something that will entertain us. These films can be entertaining, but in a different way than 8 Underground or Extraction are. They require more of the viewer, and frankly, some of us aren’t in the mood. There are times when escapist entertainment is the best remedy for the stresses of our daily lives. But, at the same time I feel like current events have put the types of people who wouldn’t necessarily watch these types of films in the position to watch them. They are casual moviegoers. The ones who wouldn’t typically attend the local indie movie house and whose knowledge of films mostly comes from what has been broadcast on TV.

It’s like craft beer. Praised and beloved by beer aficionados, misunderstood by those who grew up on Bud Lite or Coors. In reality, the same analogy can be made to almost every facet of our daily lives. No one is an expert at everything. Most of us are casual users/customers/participants at a majority of what we spend our life doing. Sports is a great example. Many of us enjoy watching. We don’t always know particular play calls, the stats of every player, why one good play worked so well vs. just got lucky. These are the subtleties which are obsessed over by those who are experts. But they are little more than unnecessary complications for the rest of us and how we want to spend our time. Film is the same way.

For this reason, I think it is a bad habit for us to expect to understand a complicated movie on the first try. We need to realize that each film is its own story, told in a unique way by a person or set of people with perspectives different than your own. There are so many different ways to make a movie we shouldn’t expect or want them to do so in the exact same way. With anything from wine tasting to car detailing, you need to have patience with yourself when learning the more subtle aspects. As such, if our gut reaction is criticism in the face of our own misunderstanding, that’s a problem. Rather than take the time to learn why or how, we immediately write it off as not worth the effort. It’s an act of lack of emotional intelligence we need to be aware of, and it applies to everything we do. But since film is one of those areas in life I personally have spent a lot of time studying, it is these types of reactions to film which have become a pet peeve of mine. It is one thing to ask for help understanding a film, or seek it out – another thing entirely to just downright criticize the film because it didn’t make sense to you and move on. I would be lying if I said I’ve never sought out help trying to comprehend a film’s plot or ending. In many ways, that is why I love film so much. 100 people could watch the same thing and come up with 100 different explanations of what they just witnessed and what it means. The experience is personal. Those variations of interpretation give film life more than moving pictures on a screen.

Furthermore, it is completely reasonable to criticize a film when the narrative of a film’s plot is insufficient, or details aren’t adequately introduced to help the audience comprehend the intent and purpose of the film. These types of shortfalls happen often in cinema, and can negatively impact the viewing experience. But again, there is a difference between lack of execution and lack of understanding by the viewer. Sometimes, finding that line can be difficult, if it exists at all. That’s the challenge of criticism and being a critic. At what point is the criticism valid to be directed outwards at the work, and when should that criticism be directed inward to address one’s own shortcomings when it comes to interpreting a work?

Oftentimes there is no right or wrong answer to when a criticism is valid. Sometimes it comes down to personal taste, which is completely valid but also difficult to quantify. Our reaction to film is influenced by our own life experiences which cannot be shared with others. But a statement such as “I don’t like horror movies because I get nightmares,” is different than “I don’t like Halloween because slasher movies are dumb.”  (honestly….Criticism towards horror movies is its own can of worms to discuss another time!). Again we have to consider where the criticism is coming from. This is really the crux to any type of criticism. In order to properly review a thing, you need to have experience of other similar things. If this is your first time riding a roller coaster, you have no frame of reference to compare with other roller coasters to decide if it is a good roller coaster. This is why professional critics are so valuable. They have the catalog of experience available to properly decide if a film is successful or not at what it achieves. Now critics may be wrong. They could miss the intent of the filmmaker, they could allow their own personal bias to enter the picture for many different reasons. But they still have that foundation upon which to make an informed decision.

Even if you don’t agree with it, a criticism from someone who has watched 100 films is going to be of more value than someone who has watched 10. That doesn’t mean the person with less experience does not have a valid perspective or can’t bring anything helpful to the table. But the criticism of the person with more experience should not be questioned as hastily. What this all boils down to is understanding where a criticism comes from and being able to adequately explain that origin. Professional critics compare films to other films in order to explain aspects which work or don’t work. Sometimes, they create an analogy to something outside of film for their readers to better comprehend the perceived problem or success. It doesn’t work the other way. Personal experience shouldn’t be used as a criticism against a film. It’s fine for a reason why YOU don’t like the film, but it is not a shortcoming of the film itself. That is an important distinction, which recently I feel people have lot sight of.