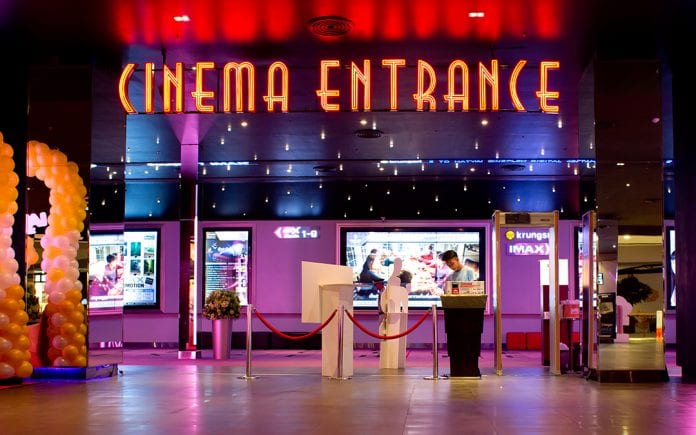 Theaters are facing a crucible and they’ll have to find a way to adapt to the changing times or risk fading. I have some ideas on how to help.

There’s been much hand-wringing about the state of movie theaters in these times, a sentiment only exacerbated by Warner Bros. recent announcement that their slate of films next year will hit HBO Max day-and-date with theaters. To be honest, I think the “death of theaters” headlines are a bit much. Don’t get me wrong, it can be a worrying thing, especially for smaller—non-franchise owned—theaters. By and large, I suspect theaters will find a way to survive. You know how Vinyl records were set to die off thanks to the introduction of cassettes and compact discs? And yet, in the time of countless streaming services bringing you instantaneous musics literally anywhere, Vinyls are more prominent than they’ve been in decades. Hell, even Walmart’s have them regularly stocked!

My point being, people will always have an appreciation for a specific experience and will throw down their money to ensure they can access it. For some generations, the “retro appeal” is enough to bring them in; a desire to experience something in a way originally intended, or that isn’t as common any more.

This is pretty much where the movie industry has been heading for a while. Even back in 2013 George Lucas and Spielberg talked about how VOD was the future and would drastically change the entertainment business. As Garrett eloquently put it not too long ago, the pandemic has only hastened the outcome. The reality is that theaters (especially big chains) have spent decades banking on being the ONLY place to see movies for a long period of time. They knew people would show up regardless and cared less and less about ensuring people were given the “experience” that so many of us fondly think on when going to the movies.

Warner Bros. announcement is a huge shake-up, and if you think other studios won’t be following, I envy the optimism. As I said, theaters can survive, but they’re going to have to change with the times and find a way to recapture the magic. They’ll need to remind people WHY theaters are a different experience altogether. I have some ideas…. When it comes to enhancing the theater experience, it’s important to ensure all the technical aspects are well-maintained and taken care of. Sadly, there are many theaters who let themselves go and won’t address any issues until someone (usually me) complains about something.

It could be something as simple as a split frame on the screen, or the camera not being centered (where you see a sliver of the image on the side curtains or ceiling). It’s little things like that, however, which detract from the experience and turns it into a hassle, rather than something fun. Hell, when it comes to watching things at home all you have to do is hit play…

And that’s not to mention calibration/brightness of the projectors. Poor image can kill a movie just as quickly as a poor script. Maybe I’m being a little over dramatic here, but I’ve experience plenty of movies where I had criticisms about something, only to discover (on the home entertainment release) I simply couldn’t see an important thing because of the poor projection quality.

This is the kind of a thing a dedicated projectionist would handle, but in the digital age, those roles seem almost non-existent. If they want theaters to retain the ‘experience’ they need to put in the effort to deliver on the best quality for everything screening. Considering how consumers are reasonably able to acquire HD (even 4K) projectors for their home setup, skimping on such a basic aspect feels somehow negligent, or even lazy.

The maintenance aspect extends to general upkeep and cleanliness as well. We all know theaters aren’t exactly the cleanest places, and even with the new Covid restrictions in place it’s hard to forget the sticky feel of the floor under your shoes and the musty smell of some seats. Lax cleanliness is a result of complacency; again, going back to the idea of being the only way to watch new movies. Like many, people talking or interrupting the movie in a theater is one of my pet peeves in going to a theater. No matter where you go, inevitably, there will be a person, or group of people somewhere making a lot of noise. Hell, even during some of the Press Screenings I’ve attended, inevitably a bright flash of light from someone’s phone screen would distract us (no matter how many warnings were given).

Witnessing someone scrolling through their social feeds during the film, or having conversations on the phones can ruin the experience. Part of the joy of seeing a film in theaters is the immersion factor and being able to transport yourself away from the real world for just a couple hours. If that’s not possible due to others’ being inconsiderate, it’s easy to see why some would rather just see a film at home.

As a parent to four kids, I can understand the need to keep an eye on your phone in case of emergencies. Not everyone can completely shut out the world even for a limited time. Even so, there are ways to handle that WITHOUT being a distraction to everyone else.

Theaters don’t have ushers patrolling every screen with any sort of vigilance these days. They are there occasionally to take up a food or drink item you may have snuck in, but even then, they aren’t around that often. They simply aren’t around when you really need them to tell someone to tone it down or get out. You don’t necessarily have to kick everyone out who makes the slightest infraction, but doing something is definitely better than nothing. Give ’em The Old Razzle Dazzle

Considering the price of going to theaters (which would likely go up with any changes), theaters should be concerned with giving attendees the best bang for their buck. Just for the two of us, my girlfriend and I end up paying at least $25-30 for tickets (more depending on the screening) and at least that much in concessions. That doesn’t factor in finding a babysitter and paying them. When we take out the whole family, we’re talking at least a $150 excursion at the cheapest.

If people are spending that kind of cash, it should really feel like an event. Somewhere we can go to enjoy the surroundings beyond simply sitting down and watching the film. Remember days when theaters would include full on arcades where kids could play games before/after a movie? Add in a “gift shop” of sorts that caters more to movie memorabilia/collectibles that you wouldn’t find in just any store. Not only does this encourage people to browse and spend more money, it makes everything feel more expansive and less one-note.

Extend this mentality to the seating as well. Change it up beyond the loungers and offer the kind of seating arrangements that definitely feel different than what one can get at home. Some have played around with full beds for people to watch (which I’ve always thought was cool) or even the D-box experience. While some of these aren’t practical for all screenings, the more options you have, the more audiences will feel like they’re getting special treatment. If you’re going to charge premium prices anyway, you’ve got to deliver on the premium experience. Simply saying, “see it on the biggest screen possible” isn’t appealing to everyone (especially right now).

Obviously there’s a lot more that goes into all of this. As someone who’s spent his life loving movies, small changes (even just getting more stringent about the basics) can go a long way towards bringing back general audiences. To much these days it feels like chains just aren’t making an effort.

Not every theater is this way, and there are a few around me that I go out of my way to attend (when it was safe to do so) because they put in the effort and add something to the experience overall. Sadly, that’s not the norm and if theater owners want to survive going forward, they need to earn back some goodwill.