Science fiction films have come a long way since the days of Flash Gordon, when they were considered silly fun for kids. In recent years, science fiction has broken a lot of barriers. The genre is consistently among the most popular and profitable films that Hollywood produces each and every year. Sci-fi has won multiple awards for SFX, sound, editing, make-up, sets, music and other things, but when it comes to the top-tier awards—like Best Picture, Best Director, Best Screenplay—science fiction does not have a very good track record.

If you count fantasy as being part of the sci-fi genre, then the 2003 Best Picture win for Lord of the Rings: Return of the King is the anomaly. Nominations have been more plentiful than wins. A Clcokwork Orange, Star Wars, E.T. the Extraterrestrial, Avatar, District 9, Inception and Gravity have all gotten nominations, but none of them won.

As far as acting Oscars are concerned, we only have Heath Ledger’s Best Sup. Actor win for the Dark Knight (2008). Sir Ian McKellen was nominated for Lord of the Rings: Fellowship of the Ring (2001) but he didn’t bring home the statue. Why have sci-fi projects done so poorly in terms of top-tier Oscar wins? Have there really been none that were deserving, other than Return of the King? Should The Dark Knight have gotten one? Should Star Wars have won in 1977? Should Andy Serkis have won an award for one of his motion-capture performances, such as Caesar?

Considering how popular and prolific the sci-fi genre is, why does the stigma still remain that keeps it from getting the proper respect from the Academy? At one time, watching sci-fi was an in-the-closet sort of thing, like watching professional wrestling. But now that science fiction has become so widely acceptable to the general public, it seems strange that the mentality of this genre as still being the red-header stepchild still remains.

Things have changed a lot for this genre and hopefully the stigma will eventually fade. Could something as well reviewed as The Martian be the first pure sci-fi (non-fantasy) movie to shatter the glass ceiling and take home the gold? When will we see the most popular genre in film getting proper representation in terms of the Oscar? We’ll have to see what the Oscars bring in the future. 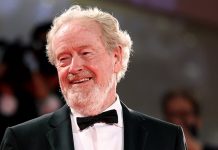 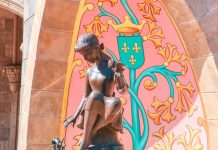 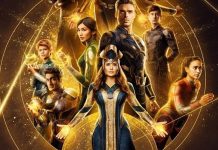