If you examine the filmographies of some of the most respected filmmakers in history, more often than not you will see a change in the manner, techniques, and types of films they produced throughout their career. If you go through the same exercise with Quentin Tarantino, you’ll notice a lack of change.

As a filmmaker, Quentin Tarantino has earned a certain reputation. That reputation includes a tendency to “paint the screen red.” Throughout his filmography, Tarantino’s films have been defined by violence. Sometimes bursting through an emotional build-up, sometimes a stab out of the blue. More than finding love, happiness, or a greater understanding of the world around us, the entertainment factor of Tarantino’s films revolves around who dies and who does not. Over a filmography of 10 feature films (considering Kill Bill as two films and Death Proof as a feature), this fascination with violence has remained constant.

When you think about other highly regarded contemporary filmmakers such as Christopher Nolan, Martin Scorsese, David Fincher, or even Paul Thomas Anderson, you see a variety in the types of projects they have completed. They do often come back to the types of films where they have all found their biggest success, but these filmmakers have all ventured beyond the type of film where they found their first made their name. They have made horror films, thrillers, comedies, romances, and even a family film. Not so with Tarantino.

No Tarantino film features a plot that isn’t driven by a character’s use of violence as a means to achieve a goal. The purpose of the violence does vary, as does the character’s motivation. Sometimes violence comes as a last resort for survival. Sometimes it is fueled by greed. One character uses it to get her daughter back who had been taken from her. Another character uses it to end a war. But compared to the variety in other directors’ works, Tarantino’s films are just shades of the same color – and that color is red. 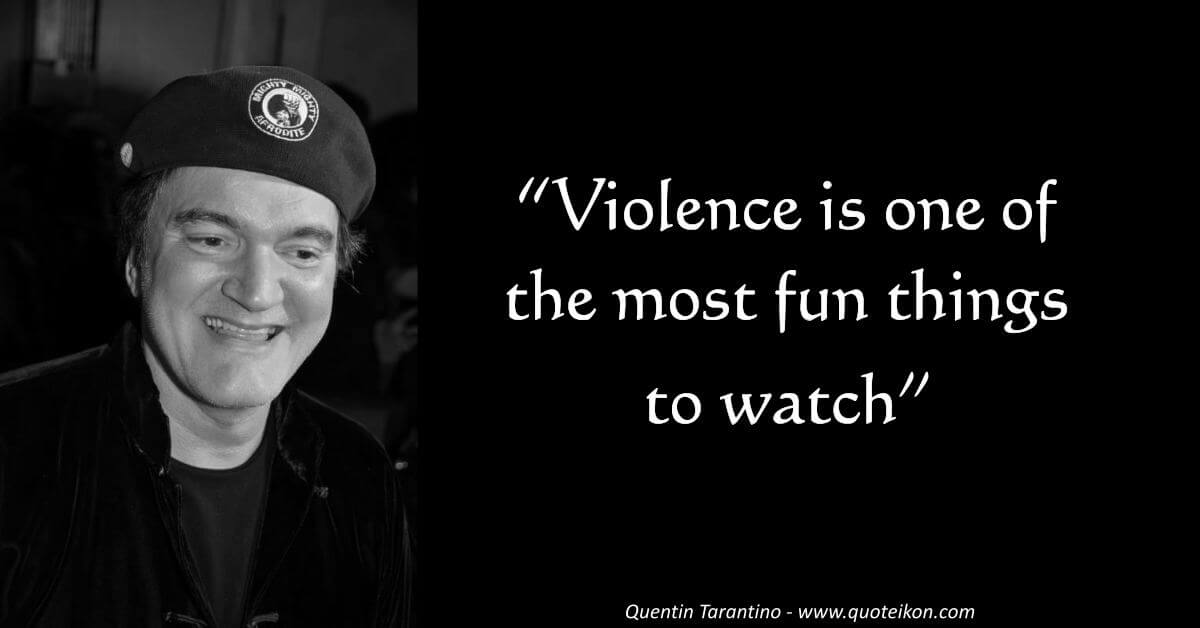 To say Tarantino believes in violence is an understatement. It is the foundation upon which his entire filmography is based. Tarantino doesn’t see violence only as a stylistic flair. He uses it to control the emotions of his audience. He plays games with them. In one moment, violence feels righteous – we clap and we cheer. Next it is a shock – we cry and we squirm in our seats. Tarantino sees violence as a method to produce classic cinematic entertainment, but not through traditional means. In his films, it is violence which pulls the strings and runs the show. Rather than with exhilarating action sequences, spouting inspirational dialogue, or the exploration of personal relationships, Tarantino paints his art with guts and gore.

Because of how Tarantino applies his violence, it has become the most important tool in his tool box. It is the glue which holds together everything else. I even would argue he would not have achieved the same level of success without it. Consider how long his films are – most of them have a run time longer than 2 hours and 30 minutes. The reason they take so long is because of the large ensemble casts and verbose, dialogue-heavy scripts he utilizes. All of his films have scenes which take tens of minutes inside a single room. Without the threat or temptation of violence, his films would essentially become long-winded stage productions. His characters are either driven by an urge to commit violence or protect themselves from the threat of it. In the frame of the film, violence is what defines them. Without violence, Tarantino’s characters aren’t much at all. 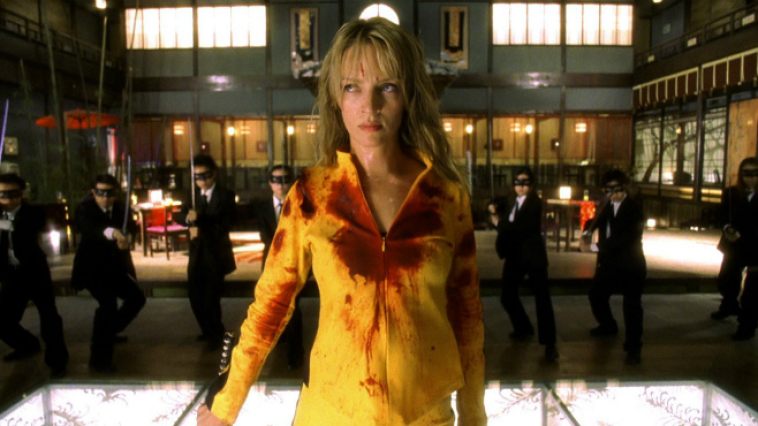 For each film, Tarantino simply shifts his settings, locations, and even the types of characters. Everything else is secondary to the central violence which drives the plot. This is one reason his films remain remarkably consistent. Tarantino isn’t the type of filmmaker to push the boundaries of narrative or technical production. At his core, Tarantino is a fan of cinema. He is more interested in where film has gone before than where it could go next.  More than pushing his vision to tell new stories, he is interested in revisiting old stories through his unique (but violent) lens.

In fact, Tarantino has not been shy about his affection for classic film. In many ways he is a scholar of traditional cinema, playing off of long-established techniques to deliver new thrills. As an employee at a video store before becoming a filmmaker, Tarantino had a whole catalog of influences to draw from once he started making his own films. For plot and characters, Tarantino has taken the best ideas from his favorite films. From spaghetti westerns, to classic westerns, and 70’s martial-arts flicks – Tarantino’s films are a hodge-podge of classic movie hallmarks.

For this reason, there is a sense of familiarity with Tarantino’s work. For fans of classic cinema, this is a lure. It’s like off-brand nostalgia. In a time when audiences are willing to pay for remakes and delayed sequels, Tarantino honors the past not by repeating it outright, but by tweaking it. Familiarity also allows an easier attraction to the film. Tarantino doesn’t have to waste time trying to convince his audience of the appeal of his idea. We know what to expect even before we walk into theaters, and for some people this can be appealing. Especially when you consider his consistency as a filmmaker.

For example, compare his first film, Reservoir Dogs, to his most recent, Hateful Eight. A majority of both films take place in a single room. Both films have large ensemble casts so that Tarantino can kill them off without restricting the freedom of the script. The casts in both films are full of criminals with secrets to hide from each other. There are themes of greed, loyalty, and perseverance. The plots of both films rely on events which are not shown to the audience, and only later explained through dialogue. Similar connections can be made with all of his other films. Tarantino’s tricks haven’t changed. Only the setting, the faces, and the premise have.

So, whatever Tarantino has in store for us with Once Upon a Time… (and his next project after that, probably his last) we can’t expect to be too surprised with what he comes up with. Tarantino is a filmmaker who thrives by sticking to his formula. We can’t really blame him either, it has worked out well. Look at all of the A-list talent, awards, and audience enthusiasm his film projects have attracted lately. That’s pretty good for a guy who once faked his involvement in a couple cult classic films in order to boost his resume when he was first starting out in the business. But when you really think about it, for a filmmaker who has made a name for himself by shocking his audiences, Tarantino is actually quite monotonous and predictable.