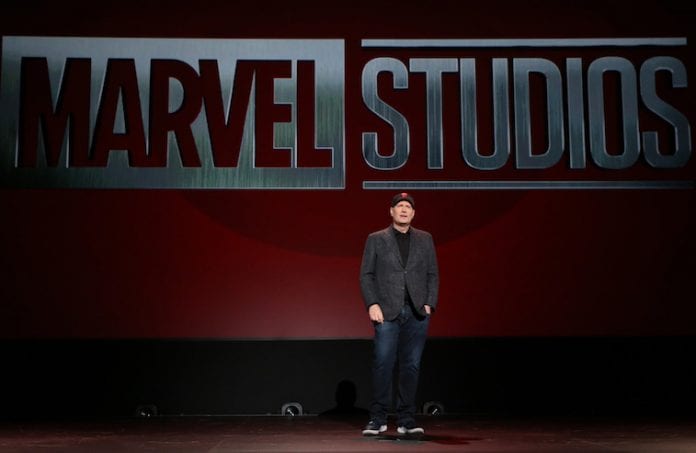 Join us as we look back at the people who had the biggest impact on movies both big and small over the past decade.

The 2010’s are over. While we can’t really say how history will look back upon the films and filmmakers of this decade, we can at least acknowledge which films and filmmakers found the most success during this time period. Two weeks ago we put together a list of our picks for the 50 best films of the decade. Those films do a great job of representing the decade’s movie output, but what about the people who made them?

I realize we can’t really compare people to determine who is “best”, so instead we have put together a list honoring those filmmakers, writers, producters, and actors who have had a significant impact on the film industry from 2010 to 2019. These are people who saw their careers blossom – their star power increased to become household names, or else their creative output had a significant impact on our appreciation of film. These are people whose work fundamentally changed the industry and/or influenced pop culture.

To best appreciate everything that goes into making movies, I have broken up our retrospective into three parts – Pre-Production, Actors, and Production (although there are some crossovers). Let’s begin!

These are the producers and executives who made the most important and popular movies happen in the first place. These are the writers who wrote our most beloved scripts, and the production designers whose creativity gave our favorite films the foundations upon which they thrived.

Accomplishments: As president of Marvel Studios, Feige has overseen the creation of the biggest and most successful movie franchise on the planet. Producer of Black Panther, which became the first mainstream superhero movie to earn an Oscar nomination for Best Picture. Accomplishments: Actress who first found success with indie (“mumblecore”) films, later became a writer and director known for her intelligent and poignant scripts focusing on female characters. Her latest two films as director have both been nominated for Best Picture.

Accomplishments: Co-Founder of A24, an independent film company which has released many critically acclaimed films and has found its niche in low-budget, high-prestige releases. Essentially A24 has become this decade’s Miramax Films.

Accomplishments: Studied fashion design and film, collaborated with Ryan Coogler on the low-budget but critically acclaimed Fruitvale Station. This lead to a working relationship on several other films as well as an opportunity to work with Beyonce on her Lemonade special. Accomplishments: Comedian who started as a performer and writer on MadTV, before moving on to create his own sketch comedy series Kay & Peele. Became the first black screenwriter to win an Academy Award for Best Original Screenplay with his feature film debut as writer/director for Get Out.

Accomplishments: Won Academy Award for best production design for Grand Budapest Hotel along with Anna Pinnock, has been nominated for his work on two other films during this decade.

Accomplishments: Has become a comedic force during this decade. Started off with minor parts in comedies before becoming the main star, found a lot of success making his own films along with James Franco and Evan Goldberg as writer/director/producer. Accomplishments: Promoter of films with african american perspectives, started out making short films and documentaries before making her own production company to distribute these types of films. Became well known as a publicity agent and has overseen many major advertising campaigns. As a filmmaker, she has found much success, becoming the first black woman to be nominated for a Golden Globe for direction, and the first black woman to have her film nominated for an Academy Award for best picture.

Accomplishments: Long time collaborator with Steven Spielberg, moved on to become co-chair of Lucasfilm Ltd. When Disney purchased Lucasfilm, she became president and was put in charge of all Star Wars releases. In this role, she ushered in a new era of Star Wars.

The actors who made the most of this decade. They are the ones who came into their own during this time period. Accomplishments: 4-time Oscar nominee during the decade, won for her performance in Silver Linings Playbook. Has become one of the highest-grossing and highest paid actresses of her generation.

Accomplishments: Former child actress whose work on stage, film, and TV has grown in prominence over time. Since 2018 she is the highest paid actress in the world. Portrays the lead female character in the MCU, the highest-grossing movie franchise ever.

Accomplishments: Worked on several prominent television programs before forming a working relationship with Ryan Coogler. With Coogler, his performances successfully launched a sequel to the Rocky films, and helped Black Panther became the first mainstream comic book film to be nominated for Best Picture at the Oscars.

Accomplishments: Representing one of the three “Chrises” on this list. Found success on television for his comedic charm before starring in two major big-budget film franchises.

Accomplishments: Former child actor who first became famous for his portrayal of Commodus in Gladiator and then obtained an Oscar nomination for his work in Walk the Line. This very versatile actor has given us two more Oscar-nominated roles this decade, representing an impressive filmography of many films where his performance was front and center.

Accomplishments: Plays major roles in three big-budget film franchises, the MCU, Avatar, and Star Trek. Because of this, she is the second-highest grossing actress of all time. Accomplishments: First began acting as a teenager, has become best known for her performances in period dramas. Received nominations for three Oscars during this decade.

Accomplishments: Former child actor who worked on the Mickey Mouse Club, transitioned into a career in film with roles in indie films before starring in several notable romantic dramas. Has since become a leading actor in a number of films in a number of different genres.

Accomplishments: Former singer found several small roles on the big screen in the 2000’s before earning major roles in Won’t Back Down, and the critically acclaimed Coen brothers’ movie Inside Llewyn Davis. His role in Star Wars made him a household name, and he finished the decade with a blend of prominent roles in both drama films and blockbusters.

Accomplishments: First made a name for herself on the big screen in the late 2000’s with films like Superbad and Zombieland. Starred in a number of well-received romantic comedies early in the decade before branching out to prominent roles in dramas and comedies. Nominated for 3 Oscars during the decade, winning Best Actress for her performance in La La Land.

Production (Behind the Camera)

These are the directors, cinematographers, and composers who are responsible for organizing and creating a final cohesive film product.

Accomplishments: French Canadian filmmaker got his first chance to direct a major motion picture with 2013’s Prisoners. That film was well received and he went on to direct 4 more films during the decade which were all critically acclaimed, earning him one Best Director Oscar. Accomplishments: This writer/director/producer may have only directed three major motion pictures during this decade, but two of the three have been nominated for Best Picture, and Chazelle won an Oscar for Best Director for La La Land.

Accomplishments: Veteran cinematographer who has been in the industry since the 70’s. Of his 14 Oscar nominations, 7 of them have come in the 2010’s.

Accomplishments: Coogler first raised eyebrows by winning awards on the festival circuit with his debut, Fruitvale Station. His films have been lauded for their ability to express perspectives of black people. 2018 runner-up for Time’s Person of the Year.

Accomplishments: Representative of the trio of Mexican directors whose films won both the Academy Award for Best Picture and Best Director during the decade (the other two being Alfonso Cauron, and Guillermo del Toro).

Accomplishments: Worked mostly in television and foreign film before making an impression with his work on 2010’s The Fighter. Collaborated with Christopher Nolan on two films. Nominated for an Oscar for Best Cinematography for his work on Dunkirk. Accomplishments: No composer has been as dominant during this decade as Desplat. Working mostly in dramas, he has composed music for films nominated for best picture 6 of the 10 years. Nominated for 9 Oscars during the decade, including his work in two films in 2015.

Accomplishments: Composer known for his work across a variety of film genres, including some of Pixar’s most well-received films. This decade, he found success working in nearly every major tentpole franchises, including the MCU (Doctor Strange, Spider-Man: Far From Home, Spider-Man: Homecoming), the Star Trek franchise, the Star Wars franchise, the Planet of the Apes films, and the Jurassic World trilogy. 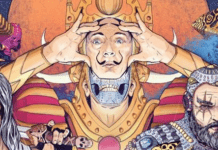 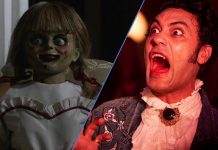 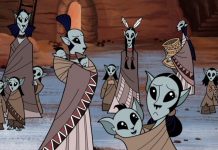