Disney is traditionally known as a creator of animated films. However, the studio has found a lot of success these days adapting some of its best-loved cartoons into live-action feature films. But live-action Disney films are not a new development. In fact, the company has been making them for almost 70 years, starting with 1950’s Treasure Island.

Walt Disney’s company had its first major success with the 1928 short film, Steamboat Willie, which featured the first appearance of Mickey Mouse. Today Mickey Mouse is widely seen as Disney’s most influential contribution to animation because of the iconic style of animation and the character’s lovable qualities. But the truth was Disney had created similar characters before Mickey Mouse and had only moderate success. The main reason Steamboat Willie found widespread success was because of Walt Disney’s use of innovation. As the industry was emerging from the silent film era, this was the first animated film to feature synchronized sound. Audiences loved it and Disney repeated the process for other animated films to great success.

Innovation more than charm is what made Walt Disney Studios’ animations financially successful. Throughout the next 20 years, Disney was on the forefront of innovation in the realm of animated films. They improved the process to create better animation, including a deal with technicolor to bring an entirely new dimension to their creations. Disney himself had previously made short films combining live action and animation, and he brought that technique to the company to create a number of short films and promotional materials. The studio’s bread and butter became famous stories translated into breathtaking animated feature films. Despite a lot of competition in animation studios at the time, no one else had that capability.

So why would Disney, a studio that prided itself on innovation, suddenly decide to produce conventional live-action films? The answer, as it is in most instances, is money. During the Great Depression, labor unions grew in popularity to protect against terrible working conditions. The film industry was no exception, although Disney Studios was considered better employment than its competitors. The Screen Cartoonists Guild (SCG) was founded in 1938 as a labor union for animators and workers at cartoon studios. Over the following few years, many strikes occured at Disney’s competition in response to the working conditions, and those competitors ended up having to make a deal with the SCG. By 1941, all animation studios except for Disney had recognized unions such as the SCG.

In May of 1941, the pressures of the industry finally caught up with Disney. His workers went on strike for 5 weeks before Disney agreed to recognize labor unions. The situation was mutually frustrating for both Disney and his workers. Disney felt betrayed – he believed his employees were trying to take advantage of what had happened at other studios to get themselves a better deal. While the workers felt like the studio treated its workers unfairly, giving rewards and greater pay to some while ignoring the others. During the strike, Disney lost many of his most talented animators who had decided to go work for competing studios. Some even went to set up their own animation studio which would go on to compete with Disney the following decade. To make matters worse, the films the studio released after Snow White were nowhere near as successful. To obtain financing, Disney had to stop making feature films altogether by 1942, and instead focus on short films or cheap “packaged films” which combined a number of older shorts. It certainly didn’t help that the US entered World War II later that year and the studio’s production during wartime would be reduced due to many animators being drafted and the need to produce wartime training videos. The war also closed off many potential markets for its films. The situation left the studio understaffed, and the experience took its toll physically on Disney.

The impact was such that Disney Studios found itself in financial trouble by the end of the 1940’s. Animated films required a lot of work and time to be created, and Disney had not been able to find a way to make them consistently profitable. Live action films, on the other hand, could be made much cheaper, quicker, and efficiently. Live-action films at the time did not necessarily need the most talented crew in order to create an enjoyable product.

With no other options, Disney decided to make its next feature film live-action. The studio had been planning to make Treasure Island as an animated feature, and so they had already done some preliminary work on the story. Treasure Island followed in Disney Studios’ habit of taking well-known stories and making them into feature films. The original story, taken from Robert Louis Stevenson’s 1883 novel, had remained popular and even resulted in a previous feature film adaptation in 1934.

Disney utilized some of the actors it already had contracts with, and negotiated an inexpensive contract with Byron Haskin as director who wanted to use the film as a jumping off point for his career. Disney also decided to produce the new movie in the UK because it could take advantage of a large sum of English sterling pounds the company had acquired in England but been unable to bring to the United States because of tax reasons. Treasure Island was released in theaters in summer 1950 and became especially popular in the UK. It earned a profit for Disney that was more than three times its reported budget. Critics and audiences enjoyed the film and it is fondly remembered to this day.

Now it would be unfair to say that Treasure Island saved Disney. Cinderella was released the same year and went on to become a smash hit (3rd overall at the 1950 box office). Cinderella had cost much more than Treasure Island to make, and so if it had failed it would have hurt the company significantly. Treasure Island was more of a proof of concept. Proof that live action could be a profitable avenue for the company to explore and to compliment its animated films. Indeed, from the 1950’s onward, Disney would release far more live action films than animated ones. Only until the 2010’s has the number of animated films released during a decade by Disney come close to the number of live action films. 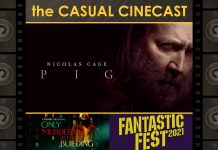 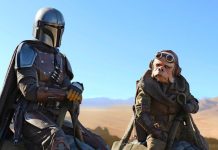