Best case, sequels can add depth to a franchise and keep fans happy. Worst case, they can feel unnecessary or worse. In the case of Pixar, sequels have been a bit of both.

The original Toy Story was released in 1995, and work on its development started a few years prior. Pixar has therefore been actively releasing computer animated feature films for 24 years. If we divide this time period in half, there is a remarkable difference in the types of films Pixar has created during the first twelve years compared to what it has been producing during the second period of twelve years. One word can sum up the difference quite succinctly; sequels. 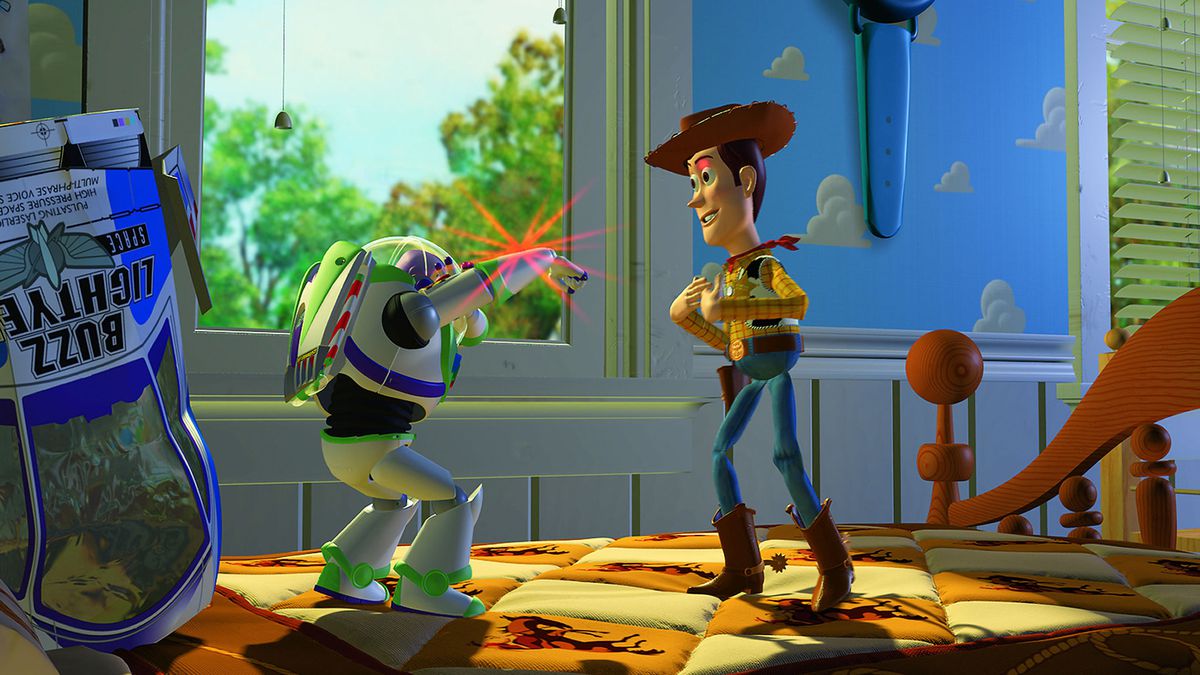 The first twelve years spans 1995 to 2006. During that period of time, Pixar released 7 feature-length films. Of those 7 films, only one was a sequel. The second period starts in 2007 and ends this year (2019). During this time, Pixar has released 14 feature-length films, and half of them were sequels/prequels. So not only was Pixar twice as prolific during the more recent 12 years of its feature-film releasing career, it began to rely heavily on sequels.

There are a few possible explanations which immediately come to mind. First of all you have to consider the ground-breaking technology being brought to theaters by Pixar with the release of Toy Story. There was novelty in the presentation, but Pixar needed more than just a gimmick to keep people coming back to see their films. Because of this, they had to establish the quality of their storytelling, and the best way to do this is with strong original films.

Toy Story 2 is an outlier, of course. But consider the huge success of the original film. The original Toy Story was the highest grossing film of 1995. For a company looking to make its mark, it needed more successes like this one. It also needed money to stay in business. Sequels can be easy profit, and they can keep fans happy because their favorite characters are back for another adventure. As such, it is no surprise Toy Story 2 did even better at the box office than the original film. If Toy Story put Pixar on the map, Toy Story 2 established the company in the mainstream. It allowed Pixar the freedom to pursue more risky original films and ideas. For the next decade, Pixar released seven films, and none of them were sequels/prequels.

However, there was an even more conspicuous reason Pixar only produced one sequel during its first 12 years of feature-film releases; legally, the weren’t allowed. You see, in order to fund the production of Toy Story, Pixar signed a 7-film contract with Disney. As part of this contract, Disney owned the rights for a sequel for any of these films. Therefore, Pixar could not make a sequel to any of these first 7 feature films unless Disney also decided to do so. At the same time, Pixar had the right to refuse to work on a sequel if requested by Disney. Therefore, during the first 12 years of Pixar releasing feature films, either Disney did not request any sequels besides Toy Story 2, or Pixar refused to work on any sequels except for Toy Story 2 (reasoning could be as discussed in the paragraph above).

I for one believe the lack of sequels has more to do with Pixar refusing to work on them rather than Disney not asking for them to be made. There are a few observations which can be used as proof. First, you have to consider the fact that Disney purchased Pixar at the beginning of 2006. At that time, Cars was about to be released, and the studio was in production of Ratatouille, WALL-E, and Up – all of which had been conceived many years before. Cars was the last film under the original 7-film contract, so Disney owned the rights to a sequel. With the timing of the takeover, Disney would come to also own the rights to a sequel to Ratatouille, the first film which Pixar could have made a sequel on their own. So, in essence, Pixar never actually had the opportunity to release a sequel if it had wanted to in the first place.

Second, it was Toy Story 3 which was the first film produced after the takeover by Disney. So right off the bat we see Disney putting a sequel into production. But the history of Toy Story 3 didn’t begin in 2006. In 2004, there was internal friction between Pixar and Disney because the terms to a new contract could not be agreed upon. This friction eventually led to Disney deciding to take over Pixar entirely, rather than work on future projects on a contract basis. The likely culprit of contention between these two companies was creative control. Proof is the fact that shortly after the contract negotiations ended in futility, Disney CEO Michael Eisner began production of a Toy Story 2 sequel at Circle 7 Animation, a new studio recently founded by Disney. 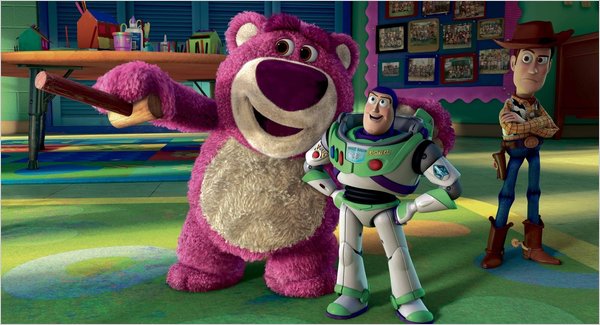 The preliminary work on that original Toy Story 3 was eventually thrown out after Disney reached a deal to purchase Pixar outright. Pixar began anew with their own concept, and Circle 7 Animation was shut down without having produced a single film. It is clear Disney wanted Toy Story 3 to happen, but initially Pixar was reluctant to work on it. After the Disney takeover, Pixar didn’t have a choice. The near-lack of Pixar sequels until the Disney takeover also suggests the company was not keen on repeating itself. Considering the box office success and critical appraisal of Pixar’s films up to that point in time, Pixar’s formula was working well. The company had created a strong reputation through their original stories, and there was little reason to consider sequels to either appease fans or make money.

Let’s compare the critical consensus and box office proceeds of Pixar’s feature length films before and after the Disney takeover:

Observing these tables, it is easy to realize reduced box office proceeds and critical consensus on Pixar’s films after the Disney takeover. It is true the sequels have been less well received overall, but haven’t always been the films with the least amount of box office proceeds. If we rank the most recent 10 Pixar feature films by box office proceeds ($ million, domestic, adjusted), here is what it would look like:

Granted, this list does not include international box office proceeds because it would skew the later films at the expense of the first ten Pixar releases (also, adjusted numbers are difficult to obtain). International box office proceeds as a whole have increased substantially over the last decade thanks to improved technology, improved standards of living, and increased theater openings.

Still, if we only look at the total worldwide box office proceeds ($ millions, unadjusted), the results are similar anyway:

Of the four original films released by Pixar over this period of time, two of them are in the bottom four of worldwide total box office proceeds. All three of the highest grossing films are sequels, and all three of them have a total more than $100k higher than the highest-grossing original film to date, which was Finding Nemo.

Therefore, box office proceeds are hit and miss with the sequels. Even if the domestic average of the films released after the Disney takeover is lower, some of the films had higher or nearly as high individual proceeds compared with the best-performing films released before the takeover. Furthermore, box office proceeds of the sequels don’t seem to have much correlation with how the original films performed. Toy Story and Finding Nemo both had strong original releases and strong sequels. But Incredibles 2 is the highest grossing Pixar film to date, and the original film did not do as well as either Toy Story or Finding Nemo.

There does not seem to be any correlation between the quality of the film and box office proceeds either. No Pixar sequel has surpassed its original film in terms of Rotten Tomatoes or Metacritic score, but all of them except Cars 2 and 3 have earned more at the box office. Cars 2 is a bit of an anomaly, which may have also resulted in the poor performance of Cars 3.

Cars 2 was a crucial failure for Pixar. It was the first (and arguably only) “bad” Pixar film, and poor critical reviews surely had an impact on audience attendance. Furthermore, the bad word of mouth impacting Cars 2 may have also influenced audiences in their decision whether or not to go see Cars 3. Despite Cars 3 being considered a better film, it did worse overall. 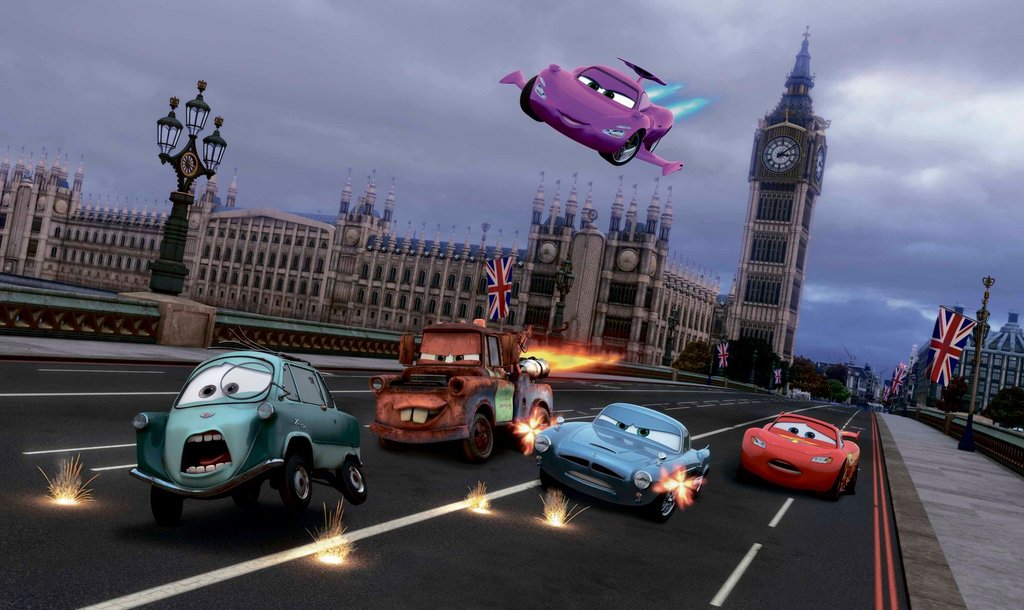 Cars 2 hurt Pixar’s perceived reputation of quality. It was proof of Pixar’s mortality after a string of really impressive releases. This perception of Pixar losing its edge may have translated to a relatively slow box office performance for Pixar’s next film, Brave. Despite being an original film, audiences just did not embrace it as well as previous films. Brave became the lowest grossing original Pixar film to date. Arguably, it took Pixar 4 years to recover. Inside Out was the first original film to approach the most successful films before the Disney takeover.

But Pixar’s next original release, The Good Dinosaur became the lowest-grossing Pixar movie to date. The Good Dinosaur’s struggles may have been similar to those of Cars 3. The Good Dinosaur was the first Pixar film to be released within the same calendar year as another Pixar film. Cars 3 would later be released the same year as Coco. In both those cases, the other film released during the same year became a hit at the box office and with critics/audiences. Perhaps in both of these cases, audience fatigue set in with regards to Pixar films. Looking at critical consensus on these 4 films, it is clear audiences decided to attend the better-reviewed films each year. But does any of this information allow us to come to a conclusion regarding the impact of Pixar’s sequels released over the last decade? The answer is yes and no.

Pixar’s sequels were a success in that they mostly maintained a high level of profitability and critical consensus as the company’s filmography lengthened. Pixar had such a high rate of success early on, it seemed impossible for the trend to continue. So reduced quality and some hiccups at the box office were expected. One could argue Pixar’s sequels have obtained a level of consistent quality at least comparable to the competition, without having to dip into the sequel well as frequently. Furthermore, Pixar’s sequels have allowed the company to take advantage of emerging international marketplaces to expose audiences to their favorite characters who they may not have seen in theaters the first time around.

However, Pixar’s recent dearth of sequels has negatively impacted the company’s image. Once seen as a shining example of innovative filmmaking and creative storytelling, a reliance on sequels has shown diversion from what made Pixar so great in the first place. The takeover by Disney has essentially made Pixar into an extension of the practices of its corporate parent, rather than a continuation of the path Pixar originally set out on. Meanwhile, a portfolio full of sequels makes Pixar less distinguishable from its competition – especially now that the competition has caught up with Pixar’s initial technological leap.