August is here, but that means time for summer vacation is almost over. Or, you could stay home and go on a road trip anytime without leaving your couch by watching one of these phenomenal road trip films. We rank the top ten.

The appeal of a road trip is wide open spaces and scenic panoramas. It is the opportunity to leave one’s home behind to see and experience new things. There is a certain romanticism associated with the road trip – a renewed sense of freedom it affords. Films have often tried to capture this feeling, or else played off of it for the sake of entertainment.

For some classic road trip movies, filmmakers have embraced the appeal of the open road. They have given us striking dramas with their characters on the move, trying to escape their pasts, or trying to find a new life for themselves. Others have contrasted the appeal of the road trip with the (less than comfortable) reality of the experience. Road trip movies have also been made in a variety of genres and styles. This is a look at the very best ones.

To decide the best road trip movies ever made, I had to narrow down the options with the following criteria. First, it had to be a traditional road trip movie – one or more characters travelling in a realistic setting. No Mad Max Fury Road, no Lord of the Rings. Next, I determined the characters have to be travelling primarily via a ground vehicle down a road – car, motorcycle, bus, etc. No animals, planes, or boats. No Apocalypse Now or Deliverance. Finally, the ranking is based on how closely the films adhere to our expectations of a road trip movie. More so than the quality of the film, I chose based on which films I would most associate with the idea of a ‘road trip’ on film.

First, some solid films which missed the top ten:

Blues Brothers may not be among the highest rated films on this list. It didn’t win any fancy accolades, and it was adapted from a Saturday Night Live sketch – a source material which has not traditionally found a lot of success in theaters. And yet, Blues Brothers was a hit in theaters and to this day is still fondly remembered. Perhaps it was the fun combination of screwball comedy, cars, and music. Perhaps it was the leading duo of Dan Akroyd and John Belushi. No matter the reason, The Blues Brothers has struck a chord with audiences like few films ever do, and that’s why it lands on this list.

The Grapes of Wrath isn’t like most of the other films on this list. It is a darkly serious adaptation of a famous American novel. It plays out as a disheartening drama on the road, and as a result isn’t exactly fun or exciting. But Grapes of Wrath earns its place on this list because it is such a well-made and moving film. Directing legend John Ford more than does justice to the original source material – it is considered one of the best book adaptations ever made. It also happens to feature tremendous performances from Jane Darwell and Henry Fonda. The Grapes of Wrath is a masterpiece that happens to take place on the road.

Every now and then, for whatever reason, we forget about a good movie. Midnight Run may be one of those movies. It might not be as highly regarded as other certain films in Robert DeNiro’s filmography, but that doesn’t mean it was not one of his best performances. Midnight Run doesn’t exactly reinvent the wheel (pun intended). Instead it is a competently executed and enjoyable action buddy-comedy. Besides being a good fit for director Martin Brest (Beverly Hills Cop), DeNiro is great and so is Charles Grodin. The plot has our main characters always on the move – the road is used as an attribute to make the film interesting and exciting. This allows it to transcend the expectations of its genre – proof that movies don’t always have to push boundaries or outdo each other to be entertaining. The only thing Midnight Run lacks is accolades. Bonnie and Clyde is one of the films which ushered in the New Hollywood era. Contrary to the films that came before it, it was more realistic, brutal, and experimental. Bonnie and Clyde showed art film tendencies could be accepted in the mainstream – it pushed boundaries. As a road trip movie, these attributes make it an exciting film which also gives you a lot to think about. The story is one taken straight from American history, and the approach looks back to pre-code gangster flicks – a beloved classic American cinema sub genre.

Many films have been made as excuses to pair comedic geniuses. But rarely do those films elevate themselves beyond simply being a vehicle (pun intended) to transport such high-level star power. Planes, Trains, and Automobiles is one such film which is more than just an excuse to see two A-list comedians on the screen at the same time. The heart of the film is Steve Martin and John Candy, but this is also a John Hughes film. Hughes’ films are funny by default – but also heartfelt, impactful, and poignant. Planes, Trains, and Automobiles focuses on the misery of travel – not the glamour. It puts its characters in a terrible situation, and the audience reaps the comedic results. We also cringe, because their situation is relatable – we feel their pain, which in turn feeds the comedy. 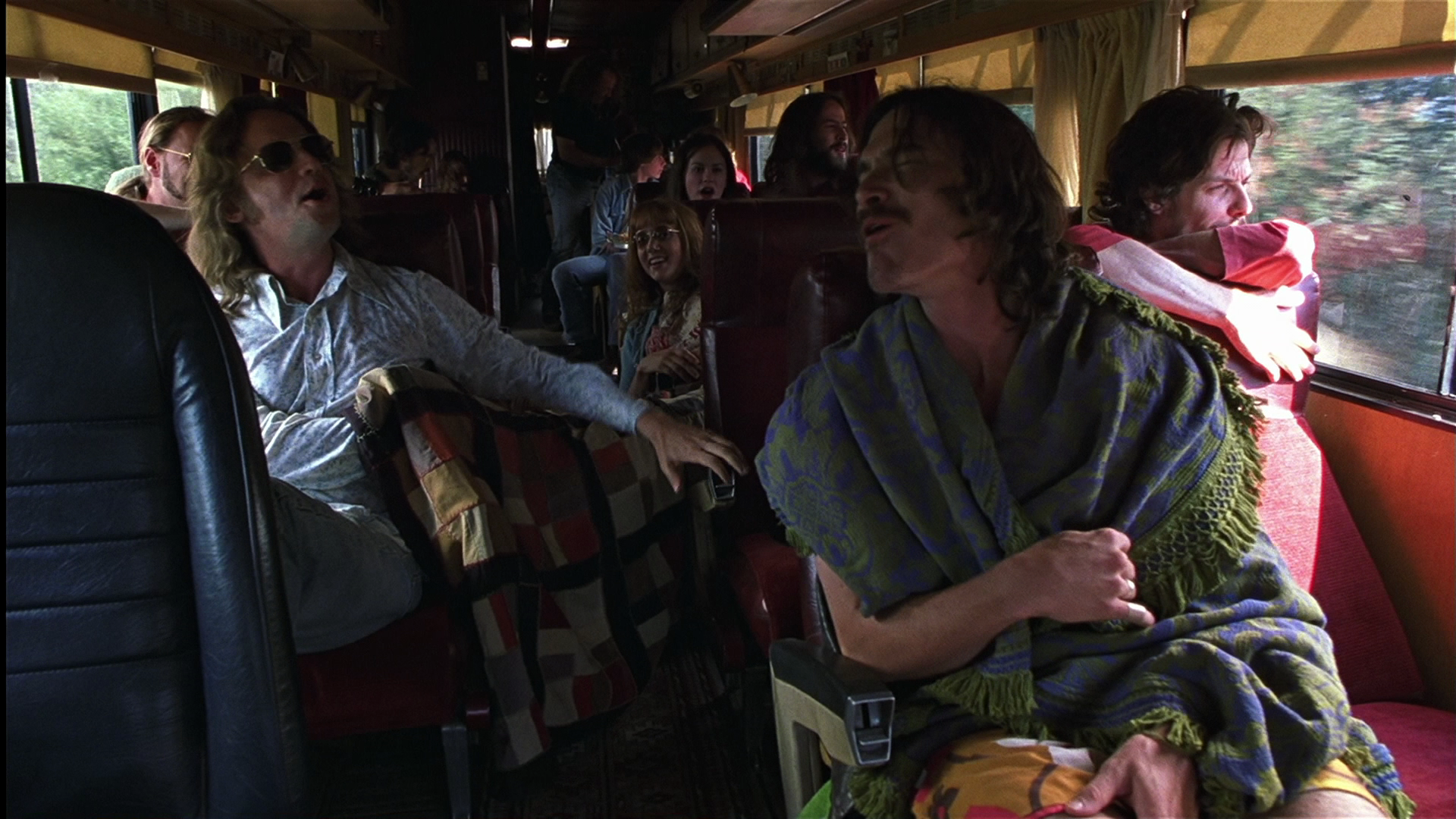 Almost Famous is a road trip movie about more than just a physical journey across America. It is also about the journey of growing up and coming of age. Director Cameron Crowe makes a semi-autobiographical film about a teenager finding out how the world works for himself. The realistic inspiration from the film means that its ideas feel authentic and genuine. The actors really bring their characters to life and make the film feel like it had actually happened. It explores the 70’s as much as it does the American landscape, and of course what it means to be out on your own for the first time. Any movie, let alone a road trip movie, strives to be this well-rounded, interesting, and inspired. 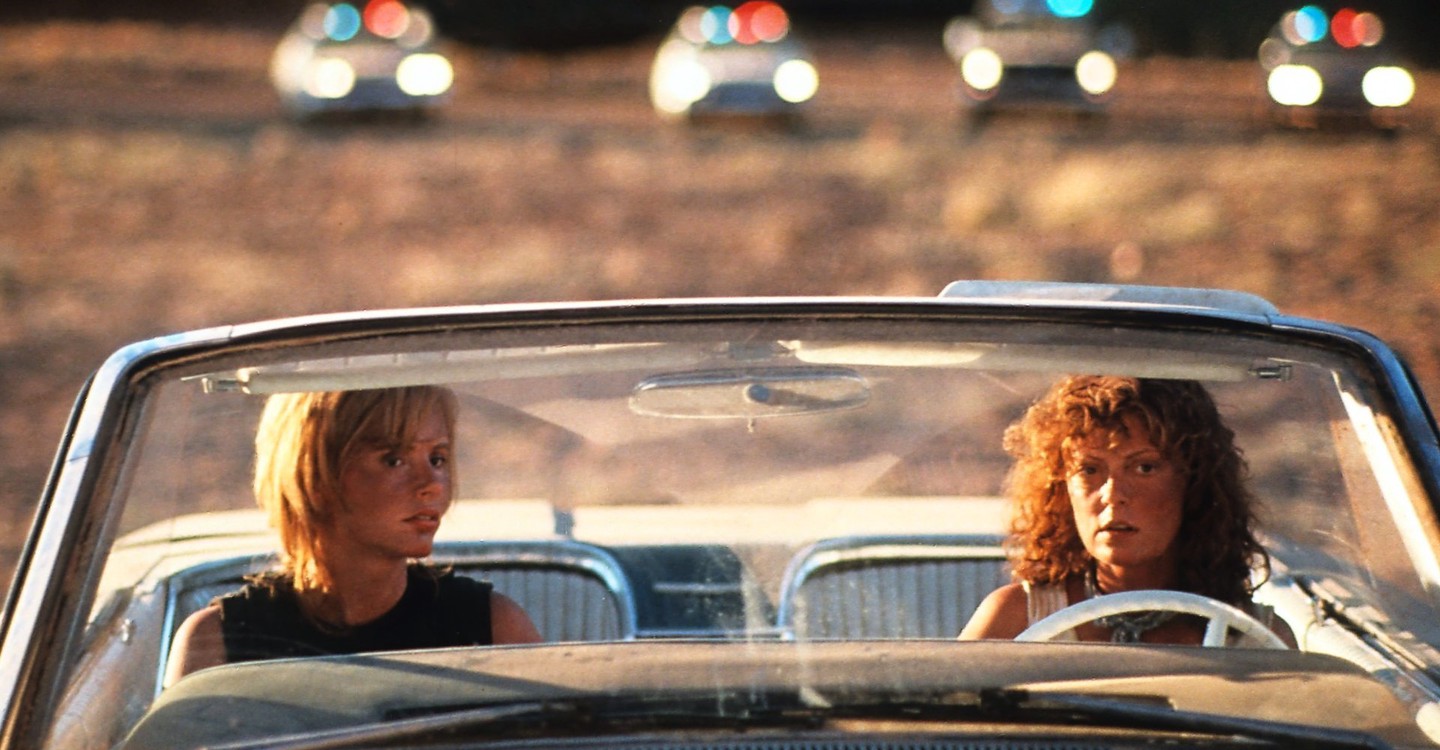 The lure of the open road is a lure of adventure. To see new things and experience new things. That’s the premise behind Thelma and Louise, although it is a film which easily transcends that basic line of thought. For starters, the main characters are two working class women. How many films have such a pairing? For these two, the open road is an escape. Their ability and fortitude to do so is empowering. This is a film which takes you on a journey through the American countryside, but it isn’t a perfect place. But no matter the challenges they run up against, they stick together. Their friendship and determination wins the day.

A simple premise can make for a wonderful film. A man and a woman who don’t really like each other at first are forced to travel together. Their experience and the challenges they face on their journey drives them closer together. Soon, they love each other. It may sound like a million romantic comedies you’ve seen before, but that’s because all of those romantic comedies were inspired by this one. It is fueled by the difficulties of travel, and so the road becomes an important aspect of the film. It Happened One Night is one of the best romantic comedies ever made (it remains one of only three films to win all 5 of the big Oscar awards).

If #7 on this list was the beginning of the New Hollywood Era, Easy Rider was proof of the movement’s staying power. It became the ultimate cinematic speaking point for the counterculture movement. Here was a film which eschewed traditional storytelling and character development for the sake of the overall experience. An experience which tramples the viewer into a harsher perspective of their own reality. Without archetypes to anchor our expectations, the audience instead is left to the mood and the themes. It is anti-establishment not just because it focuses on a couple criminal motorcyclists. Easy Rider is a great road trip film because it embraces the open road, and the emptiness therein. 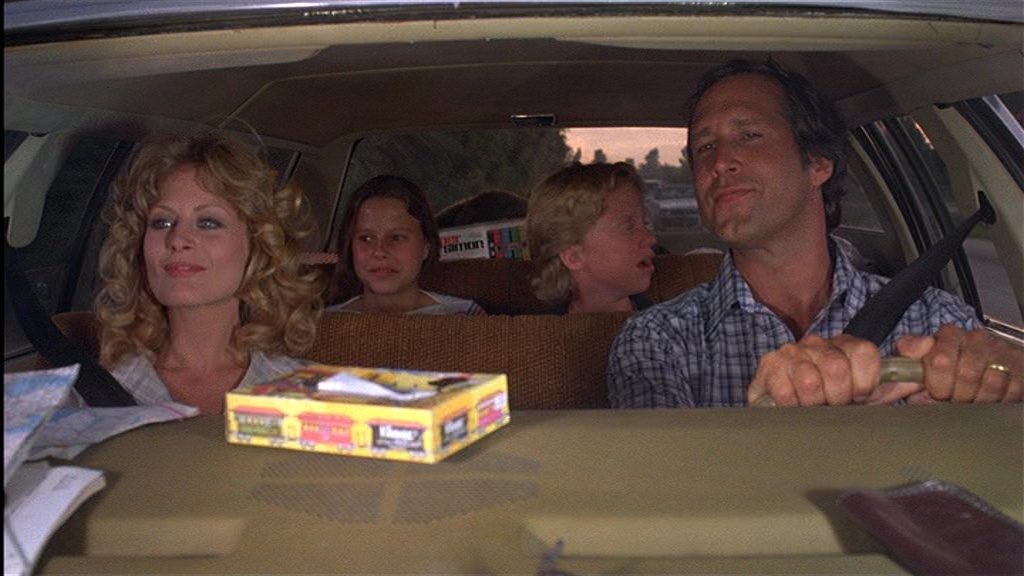 The original Vacation film may not be the most prestigious film on this list. It’s not the cleverest, or the most creative. It isn’t the most iconic or the most important. But what Vacation has going for it is being the ultimate road trip movie. The premise is simple – a family decides to go on a vacation and nothing goes right. In real life, it would have been a tragedy. But on the big screen we laugh at the misfortune of others. Clark Griswold is trying to create the best vacation he can for his family, but things keep going wrong. Sometimes it’s his own fault, sometimes it is the cruel fate of the universe. Through it all, Clark just keeps pushing on. That’s what makes it my ultimate road trip movie. Besides almost entirely taking place ‘on the road’, it perfectly sums up what drives most road trip movies. The open road is full of promises, but very few of them are ever delivered upon. In the case of Vacation, at least we get some laughs out of it.