There’s nothing scarier than an evil version of yourself. In honor of Halloween, we rank the most evil twins to appear on the big screen.

When you think of evil twins in film, you might first look towards campy B-movie horror flicks. Indeed, such grotesque classics such as Basket Case, Sisters, The Dark Half, and Blood Rage all utilize the idea of a nefarious twin. But, if you think about it, the idea of an evil twin is not relegated to the horror genre. Indeed, some of the most disturbing and dangerous evil twins in film aren’t actually seen in horror movies. I admit most of them aren’t actually twins, but they are all nearly identical to the primary or secondary protagonists in their respective films. This is a look at the worst of the worst.

I decided to define the “evilness” of each of these twins by the size of their reign of destruction or otherwise potential to harm humanity. The more destruction/pain they cause or are likely to cause, the higher they rank on this list. Let’s begin!

Who They Are: A young boy, twin of Niles.

Why They Exist: Niles has the ability to project his mind into other people. When his brother Holland accidentally dies, Niles projects himself into Holland, who comes alive as the evil twin. Holland then goes on to carry out Niles’ worst thoughts.

What Makes Them So Evil: Holland kills his cousin after his cousin tattles on the twins, scares the neighbor lady into having a fatal heart attack, paralyzes his mother, and drowns his sister’s baby. Holland is representative of all those evil twins in campy horror B-movies, and happens to be one of the most frightening and memorable (probably because he is a creepy child).

Who They Are: A deadly robot sent back in time to kill John Connor. Looks human, but isn’t.

Why They Exist: John Connor grows up to be the leader of a human resistance to Skynet, an evil AI system which takes over the planet with a network of machines who work together to kill off humanity. In the first Terminator film, the machines send one of their own back in time to try and kill John Connor before he is born by killing his mother Sarah Connor. In later films, the future humans are able to reprogram these killing machines and send them back in time to try and save John Connor. In Terminator: Genisys, an older T-800 sent back by the humans to save Sarah comes face to face with the T-800 sent back in the original Terminator film.

What Makes Them So Evil: The T-800 is a very strong, nearly unstoppable killing machine. They are an extension of Skynet, which nearly succeeds in wiping out mankind. Doesn’t rank higher on this list because is only really an “evil twin” because the original T-800 happens to fight a “good” T-800 in this film.

Who They Are: The physical embodiment of Ash’s dark side.

Why They Exist: When Ash runs into a mirror in an old windmill in a haunted forest, the mirror shatters. Each fragment of the mirror has a reflection of Ash which comes alive and starts attacking him. He manages to kill most of them, but one jumps down his throat and starts attacking him from the inside. Ash drinks hot water to try and kill it, but it only makes the little Evil Ash start growing. Evil Ash grows out of the side of Ash and then separates. Ash kills him with his shotgun, and cuts him up into pieces and buries him. When Ash forgets the last few words of a spell, he accidentally raises the dead, including Evil Ash, who becomes the film’s main antagonist.

What Makes Them So Evil: Few evil twins on this list are of supernatural origin, and so I thought we needed a good one to include. Evil Ash raises an army of the dead to storm a castle in an attempt to secure the Necronomicon. With the Necronomicon, Evil Ash would be able to take over the world of the living. Evil Ash is also very difficult to kill because he is already dead.

Who They Are: Main antagonist/super villain in the James-Bond-parody Austin Powers franchise

Why They Exist: Twin brother of series protagonist Austin Powers. Separated at a young age when the family car explodes. The parents thought Dougie (aka Dr. Evil) had been killed. Instead, he is found in the countryside and raised by a Dutch couple, which turns him evil.

What Makes Them So Evil: Its one thing to have an evil twin which goes on a killing spree for one reason or another. It is another thing to have an evil twin who is a supervillain, let alone your professional nemesis. So Dr. Evil may not be the most menacing supervillain (his plans rarely work out), but his selfish intent to cause death, destruction, and mayhem for his own benefit is clear. He kills people without hesitation, and has a nasty anger management problem. 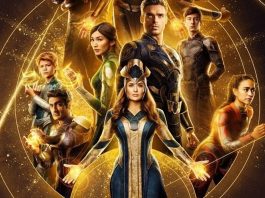 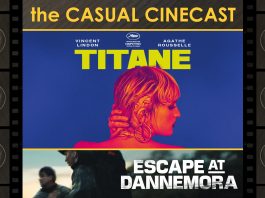 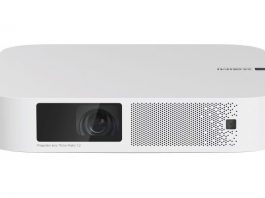 ABOUT US
For the latest in movie, gaming, and all things geek related. Our team covers the biggest events with experienced writers and passionate fans.
Contact us: [email protected]
FOLLOW US
© 2021