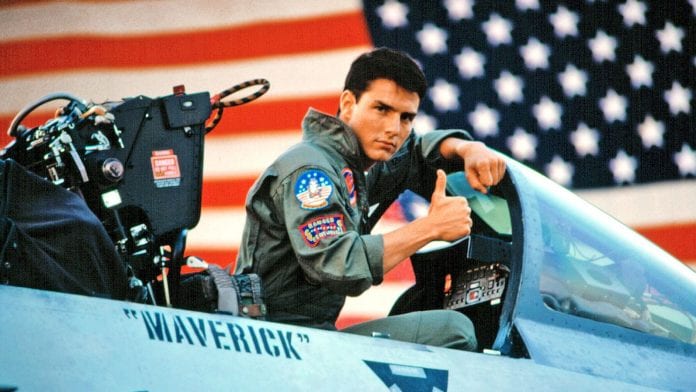 The 1980’s saw the release of several films with classic, timeless soundtracks. We rank the 10 best.

The 1980’s was a decade of significant sonic evolution in terms of music both mainstream and lesser-known. As styles moved away from traditional rock, and soul, improving technology allowed the contributions and embracing of electronic instruments. The 80’s saw an explosion of keyboards, synths, pads, and drum machines. That influence of changing instruments, and changing styles was heard clearly in the movie soundtracks of the era. In this article I set out to determine which are the 10 best soundtracks of the 1980’s. (Note: I’m only looking at SOUNDTRACKS, you know, music recorded by artists but not specifically for the film they are featured in. A movie’s SCORE is an entirely different (but related) thing where it is original music composed specifically for, and written around the film. The 80’s had many very memorable scores, but that’s a topic for another day.)

So, in order to narrow down the very wide field I had to make some stipulations. First, there has to be a seminal song on the soundtrack that immediately causes association with the film. If you play the song, most people would be able to identify the movie. Second, the soundtrack had to be from a popular or hit film at the time it was released. I know there are many great 80’s movie soundtracks from smaller films or cult hits, but in my mind a film is a hit because of all the elements working together. If the soundtrack has to be able to stand on its own, so does the movie, and they are even better together. Finally, the soundtrack has to have been popular at the time of release, and still admired to this day. I’m talking about timeless accomplishments that remind you fondly of the 80’s.

But beyond that, the actual ranking is purely subjective. Here’s what I came up with: An oddity on this list, we have a soundtrack that isn’t comprised of pop music, but a collection of rock, blues, and soul. It is a lot of covers, performed by the band who happen to share the name with the SNL sketch-based film. But, they bring in a number of heavy hitters, and you can’t deny that the movie is a lot of fun and as a musical it owes that fun to….its music.

Standout Song: “Gimme Some Lovin’” by The Blues Brothers

Popularity: Certified Platinum. “Gimme Some Lovin’” peaked at #18 on the Billboard Top 100 A rare instance on this list where the soundtrack is more memorable than the film. This film was the birth of the “Rat Pack” and as such, was a big deal at the time. Its soundtrack was full of big names that also represented the time period, but hasn’t exactly aged well. Still, this is the pinnacle of corny 80’s soundtracks, and for that reason easily earns its place among the most memorable audio moments in 80’s cinema.

Popularity: I could not find any information on the sales of this album, but do know it reached at least #10 on the Billboard 200. “St. Elmo’s Fire (Man in Motion)” peaked at #1 on the Billboard Hot 100. A good representation of 80’s soundtracks, Back to the Future has a lot of diversity in its song selections. It has music from the time it was released, and music from the 50’s, and everything in between. Today, it still sounds pretty good!

Standout Song: “The Power of Love” – Huey Lewis & the News or the “Back to the Future Overture” (although that song was featured in the film’s score)

Popularity: Certified Gold, Peaked at #12 on the Billboards Pop Charts. “Power of Love” went on to be #1 on the Hot 100 Billboard charts and stayed in the top 100 for 15 weeks. This is an album which I feel has gotten more love as time has gone on. It didn’t see an explosion of popularity at the time of its release, but is now recognized as a fantastic collection of songs that both reflect the time period and the film itself. It is also a representation of John Hughes’ films, which all had a sort of cult following for their soundtracks. This one I think is the most well-rounded of those (Ferris Bueller’s Day Off, The Breakfast Club) and most popular.

Standout Song: “If You Leave” by OMD, although you could argue “Pretty in Pink” by the Psychedelic Furs, although that song was released before the film and served as inspiration for it. It’s easy to have association with a film when the chorus of a song is the same as the title of the film it is used in. But Kenny Loggins shows up a few times on this list for good reason – striking a chord with 80’s movie audiences. Footloose got a reboot in 2011, and of course they brought him back to record a new version of the title song. Of all the “dancing” films on this list, this one is probably the least popular nowadays, but its soundtrack was immensely successful – its the third highest selling album on this list, all three of which are among the top 100 selling albums of ALL TIME. So, this is a case where the music may be better than the movie.

Standout Song: “Maniac” by Michael Sembello or “Flashdance…What A Feeling” by Irene Cara

Popularity: Reportedly has sold 20 million+ copies, 6x certified platinum. Peaked at #1 on US Billboards 200. Both “Flashdance…What A Feeling” and “Maniac” peaked at #1 on the Billboard Hot 100. This is a film where the music and the tone go hand in hand perfectly. Director Tony Scott gained experience directing commercials and music videos, and you can see how that influenced his use of music in this film.

Standout Song: “Danger Zone” by Kenny Loggins, or “Take My Breath Away” by Berlin There is no way to listed to “Axel F” and not get it stuck in your head. When it is stuck in there, you can’t help but picture Eddie Murphy and this memorable film. Some call this the quintessential 80’s movie soundtrack. I don’t disagree.

Awards: Won the Grammy for Best Album of Original Score Written for a Motion Picture. To have a film become a pop-culture blockbuster is impressive enough. But to also have the soundtrack become one of the 25 best selling albums of all time….is a really big deal. This sound track has held up well, not just for nostalgia reasons. When vinyl became popular again 5 years ago or so, this album saw a resurgence in sales that continues to this day. It’s a timeless masterpiece.

Standout Song: “(I’ve Had) The Time of My Life” by Bill Medley and Jennifer Warnes

Awards: “(I’ve Had) The Time of My Life” won the Oscar for Best Original Song for a Motion Picture. Also nominated for Best Song at the Golden Globes and Grammys. What can I say about this one to do it any justice? The greatest 80’s soundtrack also happens to be one of the greatest albums ever made. It is also one of the highest selling. It made Price a superstar, helped make the film into a hit, and we still have not stopped listening to it. Price deserves a lot of credit for bringing pop, rock, soul, and psychedelic music together into an unforgettable, ceaselessly enjoyable album.