Synopsis: Banished from his homeland of Asgard on account of his arrogance, warrior god Thor is sent to live with and defend humans on Earth.

Reasoning: Well I had low expectations for Thor a couple months ago, but great word of mouth and better marketing has made me excited to see the film. 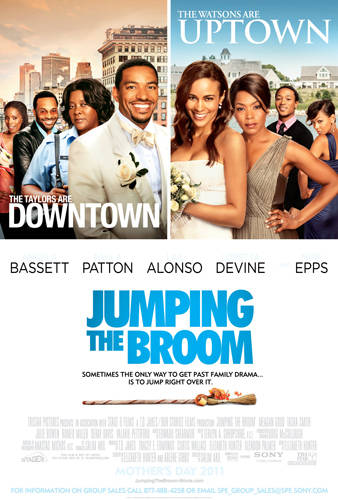 Synopsis: Two very different families meet up at Martha’s Vineyard the weekend of a wedding.

Logline: Sometimes the only way to get past family drama is to jump right over it.

Reasoning: These movies aren’t my kind of thing.  But if you like em, more power to you.

Expect: A Tyler Perry movie without the honky grandma.

Rated: PG-13 for sexual content including dialogue, and some drug material.

Synopsis: Single gal Rachel falls for Dex, who happens to be the fiancee of her best friend Darcy.  Oh snap!

Logline: It’s a thin line between Love and friendship.

Writer: Jennifer Snyder (Based on the Book by Emily Giffin)

Reasoning: Well I enjoy John Krasinski, the plot does very little for my male brain.

Rated: R for strong sexuality and language throughout.

Synopsis: A lovestruck and broke woman is tasked as her best friend’s made of honor, and must complete all the usual rituals with a group of oddball bridesmaids.

Logline: Save the Date.

Reasoning: While Bridesmaids hasn’t had the best trailers, early word of mouth is amazingly strong, and Kristen Wiig is one of the funniest people out there.  Consider me psyched.

Synopsis: A renegade priest goes against church laws to rescue the vampires that kidnapped his niece.

Logline: The war is eternal…his mission is just the beginning.

Reasoning: The trailer for Priest left me kind of cold, but it has a solid cast and a good premise.  Yet the director’s other works don’t bode well, nor does the tepid buzz so far.

Synopsis: A struggling alcoholic holds a yard sale after losing his wife and his job in hopes of starting over and achieving redemption.

Logline: Lost is a good place to find yourself.

Writers: Dan Rush (Based on the Short Story by Raymond Carter)

Reasoning: Another indie dramedy about a man reinventing his life and finding the important things in it?  I think I’ve seen enough of those to last a lifetime.  Still, I like Will Ferrell, so it’s probably a good rental for me.

Expect: Redemption, Epiphanies, and the Meaning of Love

Rated: R for disturbing violent behavior, sexual content including graphic dialogue, pervasive language, and drug content – some in the presence of a child.

Synopsis: A violent young man has his life turned around after an encounter with a man named TJ.

Reasoning: Hesher is so evil and pessimistic, but it looks so intriguing as well!  Will definetly catch this one.

Pirates of the Caribbean: On Stranger Tides

Synopsis: Captain Jack Sparrow is back in this grand adventure that pits Sparrow against both Barbossa and Blackbeard as he searches for the Fountain of Youth with a feisty new companion.

Writers: Ted Elliot and Terry Rossio (Inspired by the Novel By Tim Powers)

Reasoning: Pirates has burned me before, but I have hopes this will capture the franchise’s long lost glory.  But losing Gore Vebrinski sure won’t be helping the film.

Expect: Pirates sailing the Caribbean.  And Penelope Cruz is there too!

Rated: PG-13 for mature thematic material, some disturbing content, sexuality and language including a drug reference.

Synopsis: A troubled executive gets a second shot at life when he adopts the voice of a beaver puppet he found in the trash.

Reasoning: This is an interesting choice for Mel Gibson, and I’ve been wanting to see this film way back when Steve Carrell was attached.

Synopsis: Newly trained Kung Fu warrior Po and the Furious Five team up with a new group of warriors to fight a new enemy and save Kung Fu.

Logline: Prepare for the return of awesomeness.

Antico-Meter: Not As Excited As Most Are.

Reasoning: I’m one of the few who didn’t go completely nuts over the original way back in 2008, and this one looks like more of the same.  Ha, it’s funny because Panda’s are fat, and they shouldn’t be doing Kung Fu.  ROFL! 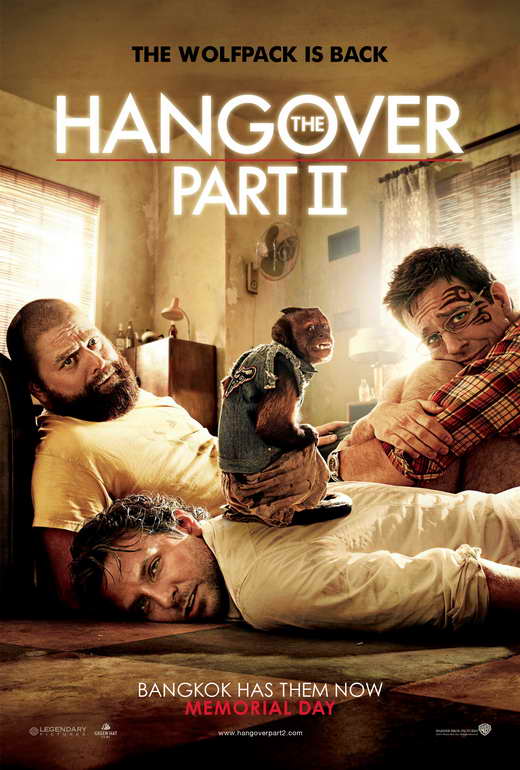 Synopsis: The Wolfpack is back as they travel to Thailand to celebrate Stu’s wedding.  But old habits die hard for the group, and they soon find themselves lost in Bangkok as they search for Stu’s teenage brother in law.

Logline: The Wolfpack is back.

Reasoning: Despite the fact that this seems to be more of the same for The Hangover crew, those guys are pretty funny, so I’ll probably see it eventually.  And it has a monkey!

Rated: PG-13 for some thematic material.

Synopsis: Centers on a family in the 1950’s who’s eldest son loses his innocence early in his life and later tries to reconcile with his father during his adulthood.

Reasoning: We know very little about Tree of Life, but just the cast and the involvement of Terrence Malick assures a fantastic film.  And did you see that trailer?  It’s like The Fountain, but without all the bad parts!

That does it for May.  Be sure to check out next month’s guide for June, then stay tuned for July and August.