After talking personally with many film industry people about video games, it comes down to a simple understanding. Something you may have heard before is that “games don’t translate to film.” The reason they don’t translate is that film has a core “three-act structure” and any film varying from this is often ignored and put down for “not following formula.” So what is the three-act structure?

This formula is simple, and has been in productions forever. The first act is very simply the scenes that introduce characters and the world before an inciting event happens that changes the protagonist, and confronts the protagonist with the films overall “issue” with an inciting event that leads into act two.  For example the character is selected to be a hero, someone gets shot, etc…

The second act immediately follows and pushes the character further and further down, changing the protagonist more and more. Here is when secondary characters are normally thrown in to help the protagonist on their journey. For example the guy loses the girl in a romantic movie, and he finds a way to push her away even more, meanwhile he goes to his best friend for advice. The third act is simply the resolution that follows a key point that ended the second act. Here the climax is brought to extremes as a plan gets put in place and we get to see if it will work or not. All questions for the main plot and sub-plots should be answered and a resolution should be put in place.

It’s a very simple setup and you could translate almost every major movie release to this structure. It has become a standard and while some creators feel that it is a bit restrictive (and I agree), this is standard formula for big movie releases. Granted there are a few movies that happened to break this structure and get away with it, pretty much anything Christopher Nolan makes that isn’t Batman.

The excuse then becomes that videogames don’t follow this linear structure. We have already established worlds and characters and we normally jump right into the action. Video games are more broad in their story telling, thus we have some really interesting stories and some really bad vague stories. Either way, this is the conclusion many film enthusiasts will jump to when explaining why they can’t make a video game movie properly.

To me, I find that totally bogus! It comes down to a lack of respect for video game adaptations. Think about it. Every single video game adaptation was made with one thing in mind, money. The question isn’t “how good is the story” when asking about making a video game movie, it’s “how many people play the game.” That’s why every popular game franchise there is has some type of movie licensing tied to it, and games normally get movie deals at their peak. The studios don’t care about the core value of the product, they just want the name. Thus we get movies that get slammed critically, but make easy money for studios.

The reason I say it is a lack of respect is because comic books have a very similar formula. Unless you tie several issues together and keep the origin books tied to every single series then you end up with a non-linear experience. We know who Batman is so new stories don’t waste time with “act 1” every time. We might get a little set up, but normally they jump into action. Yet by some miracle we have some pretty good movies with those stories, and comic book films are pushing further away from the three-act structure every day. Granted we get reboots and origin stories every 5 years because they can’t figure out a way to tell deeper stories, but still. We have Avengers and Guardians, and both movies did just fine.

Yet comic books have one advantage, they tell stories too. They may be more condensed, but people buy comic books for the stories. We all love Spider-Man, Batman, etc… because of the stories we were told with them. So when a studio picks those books up they jump right to the stories that sold the most issues and stories people connect with. There are a few instances where art saved the day, but for the most part people buy books because they want to read about what’s happening to their favorite characters.

With video games things take a turn for the worst. Studios will jump to the same conclusions, what series sold the most, and when did it sell the most? Thus they jump to those areas of video games, but they don’t realize that video games don’t always sell because of a story. For example would you buy Portal for its story, or would you buy it because shooting portals at the wall and jumping through it is a creative new gameplay perk? How many people buy Final Fantasy just because a character may return? How many people buy Call of Duty just so they can jump online? Is Mario really a monster success because the story is so groundbreaking? No.

People will buy certain games for the lore, but they may purchase other games for the gameplay. In many instances if you take that gameplay out of the game, then we lose interest. Look at how many people supposedly had a problem with The Order: 1886. The first reaction to playing that game is “when do I get to shoot.” So you can imagine Call of Duty fans sitting in front of a theater simply wanting to go online, or Mario fans wondering what the hell this adventure will be like.

Yet, that isn’t a good excuse either because there are plenty of games that can translate to a good film very easily. We have to remember we have plenty of game developers that love film making thus they tend to take inspiration from film. There are movies like Mortal Kombat that can translate into a stereotypical martial arts film rather easily. Or how about creating a horror action flick from Doom? Yet movies fail to do just that due to no faith from the studio.

It’s a matter of being creative with what is given to them, while respecting the source material. Do I think Mario would be a good live action film about a plumber high on shrooms? No, but I do think if you threw it at a studio like Pixar we could go on a very fun adventure that is worthwhile. In terms, Disney Animation’s Wreck-It Ralph was a movie about arcade games, yet it was one of the best video game movies ever released!

When Uwe Boll was on a rampage (pun intended) destroying every video game adaptation he could, video game movies got a bad rap. Not because they couldn’t be good movies, but because the movies being made were simply crap. Studios were trying to throw big names at the projects and trying to make big cash outs on them. They didn’t care about the person behind the film, they just cared there was a name attached, a big property to be had, and the money that will flow in. Thus we get Doom that has almost nothing to do with Doom. The talent behind them simply not only needs to be good, it needs to be passionate.

Why are comic book movies suddenly good? It is because we have comic book fans making the films now. They have a passion for it. They read the books, they understand the characters (for the most part) and they want to tell their own versions of the story. Switch the board to video games and we need that same passion, but we don’t get it. We have film makers that have never even touched the games they are adapting. I’m sorry, but if a director has to state “I’m actually watching someone play the game so I can study it,” then there is a problem! How can someone like that be passionate about the project? Uncharted then becomes a “family drama” or Dragon Age is just Lord of the Rings and it’s all wrong! We need gamers making games, and people that take the time to understand the lore to write the stories.

We need someone willing to put a game on display so cinematographers know what a shot should be. We need costume designers to study games and ask the game designers what their intent was. We need game companies being involved in the production to ensure quality control. There needs to be a bridge between film makers and video game makers with an equal ground, where one side doesn’t feel superior to the other.

Both sides tell stories, they just tell them in different ways. A film studio doesn’t know “how to do it correctly” any more than a video game company, period. Yet both sides do it. How many terrible video games based on movies have there been? It’s all about the quick cash out, and nothing more.

With stories like Dragon Age, Mass Effect, Assassins Creed, Deus Ex, and an endless list of massive lore there is no reason to make any more bad films. If these studios are serious about creating franchises from these licenses then they are better off making better movies and putting more respect and passion behind their attempts instead of making simple cash cows.

So far it seems that tides are turning. With Need For Speed I saw a lot of respect for the gamer, and they actually crafted a story out of nothing while respecting the franchise. It wasn’t praised by critics, but a lot of the fans enjoyed it. The bad news is that video game adaptations have a bad rap from years of crap being shoveled out, and now that they are becoming fairly decent films it will take a few attempts to regain that audience’s faith. It will take just one fantastic attempt to change minds and with World of Warcraft, Assassin’s Creed, Ratchet and Clank and many more films on the horizon, who knows, we could be seeing the birth of a great partnership!

Overall movies based on video games are not good simply due to lack of respect. Filmmakers think that video games “can’t tell the same level of stories” due to the lack of a three-act structure, but the truth is they are not gamers. They don’t understand what a game is at heart, and they can’t get that story creativity if they don’t grasp that. If we can get beyond the quick cash method, we will see good movies from video games. It’s just a matter of studios respecting the franchises and handing the chairs to gamers and people that love these games. People with proper talent. People that will show passion for a franchise they love, and not people that just want to take the paycheck and attach their name to some big release. When Hollywood greats want to make video game movies, you know something is going right. 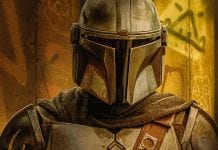