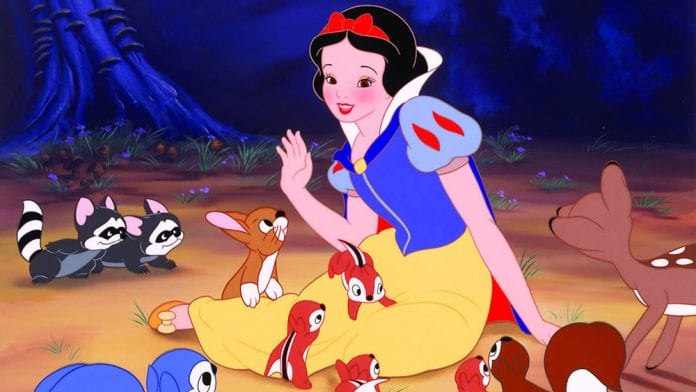 Fantasy movies are the ultimate escapist entertainment. In many ways, they embody the reason we love film so much. But which one is the best?

Film can be utilized as a method to document, to teach, and to experiment with as a form of artistic expression. But the reason film has remained so popular after more than a century since its invention is because it can be utilized as a form of entertainment. And while there are many ways film can entertain its viewer, I would argue that the fantasy genre is an example of film as entertainment at its most direct. Fantasy films are about transporting the viewer to a world of the imagination where almost anything is possible. Besides VR, it may be the closest we can get to being able to physically escape the real world.

For many people, and especially in these trying times, that can be a valuable asset. Having a movie that is able to occupy your mind and make you forget about the struggles in your daily life is why the industry has ultimately thrived. Movies can be an opportunity for us to turn off the worries in our mind for 1-3 hours at a time. Fantasy movies are often purpose-built for this effort. They rarely discuss the troubles we see in our modern lives, they often transport us back to ‘simpler times’, and their use of magic can inspire our minds and occupy our eyes.

But all fantasy films are not equal. As I wrote about the fantasy genre this month, I wondered what makes a good fantasy film versus a bad one. It’s not just about artistic merit – Disney made a name for itself by creating some of the most spellbinding animated films ever made – most of them fantasies. But Disney has made so many animated fantasy films, and returned to the fairytale/folktale well so often I felt some of their most treasured stories weren’t theirs to begin with. Disney’s best films are definitely among the best fantasy films ever made, and I feel like they are the most representative of the genre.  I know great films can be adapted from other great works, but when I think of the best films to represent the genre, I want something original. What about the live-action fantasy movies that are the most popular? Harry Potter, Lord of the Rings, Wizard of Oz…all of them were smash hits at the box office, and very influential to the industry. But again, they are all based on other things. When I think of the best fantasy movie, it should be something that stands by itself as a shining example of a movie. Or at the very least be more famous/popular than the book(s) on which it is based. Not based on a comic. Not a remake or a retelling. In other genres, the films we celebrate the most are those original creations. They are a filmmaker taking a strong vision and delivering it on screen. Bringing super heroes to life is definitely entertaining, but it’s like buying cookies at the store. Someone already did the hard work which gives a thing its heart. They just aren’t the same.

So what about those beloved fantasy films which have since become cult hits? I’m talking about Labyrinth, (the original) Conan the Barbarian, Willow, The Dark Crystal, Neverending Story,  (the original) Clash of the Titans, Army of Darkness. Those films are loved arguably just as much as the latest superhero movies or Harry Potter franchise addition. But I think we love them for a different reason. These are the films many of us grew up with. We see them from the eyes of a child. They take full advantage of the nostalgia effect. Furthermore, these are movies we love for their faults. They don’t have realistic special effects. They don’t have the highest qualities of productions.

The greatest films are films that transcend generations. Cult fantasy films from 30 years ago don’t quite resonate with a person who is watching today for the first time as compared with someone who did so when the film was first released. Fantasy films have a disadvantage compared to other genres because they often rely heavily on special effects and often don’t have large budgets. Because of these factors, they can age quicker, and that can reduce their ability to entertain. (I know there are many who appreciate older special effects techniques, I am one of them, but the average movie goer will see those classic techniques as liabilities to their entertainment experience, not enhancers). Aged special effects will reduce an audiences’ ability to suspend their disbelief. A film’s ability to maintain disbelief suspension is key to how well it will entertain.

So where does that lead us? If we find ways to discount everyone’s cult favorite fantasy film from the 70’s/80’s/90’s, modern comic book/graphic novel-based films aren’t exactly pushing the needle for creativity (outside of their own subgenre), and the most popular films are all based on incredibly popular books to begin with, where is that combination of originality and timeless execution we are looking for? We can go back in time for sure, and find fantasy films which have held up well enough. Willy Wanka and the Chocolate Factory? Based on a book. Time Bandits? Too far off the beaten path. Ghostbusters? Solid all around, but still feels dated today – delayed sequels/re-imaginings attest to that. Okay, so, something newer. The Princess Bride. Funny, smart, fits the staples of the genre. But it’s almost a parody of the cult films we’ve already discussed and set aside. Groundhog Day? Is it enough of a fantasy to count? To me it is more of a high-concept romantic comedy. Not enough of a fantasy movie. So what about Star Wars? It introduces magical elements into a science fiction setting. It also takes place “long, long, ago”, so it is set up as more of an intergalactic fable than a foretelling of our future. It’s one of the most entertaining film series ever made, and is also perhaps the most popular franchise on the planet. The problem I have with Star Wars as fantasy is that the reasons we became captivated by it weren’t primarily because of its fantasy elements. We love the action, the special effects, the ‘space opera’ scope. I’m sure people may have exception to these statements, but think about this. When Star Wars became a huge hit upon its release, studios weren’t scrambling to pump out fantasy movies to compete with it. Star Wars is science fiction first, fantasy second.

The films of Tim Burton are strong contenders. Burton is best known for his work in the genre, and I would argue no person except Walt Disney himself is more well known for their contribution to the genre. Burton’s perspective and his artistic creativity are specially suited to work on stories that require elements not found in normal everyday life. His best films are known for how they insert fantastical elements into the modern world. Edward Scissorhands and Beetlejuice both exude an energetic imagination and incredible curiosity for fantastical things. A Nightmare Before Christmas wasn’t directed by Burton, but it has his fingerprints all over it. But those films also rely on elements of horror. Even if they aren’t downright scary, they are still a blend of fantasy and horror. Burton has films that are more heavily leaning into fantasy, like Big Fish, but I would argue he is best known for his dark tones and more sinister imagery. My pick for best fantasy film has to be more fantasy than anything else. Another fantasy stalwart is Guillermo del Toro. His films such as Pan’s Labyrinth, and The Shape of Water are solidly fantasy, and his best works to date. In fact, The Shape of Water is only the second fantasy film to ever win best picture, after Return of the King. That speaks to how infrequently films from the genre are heralded as being among the best films of a given year in any genre. So really, that speaks to the impressiveness of Guillermo’s work, especially given the fact that it was an original creation – a rarity in today’s fantasy genre. But even though this film is well-made, was really well-received, and is more of a straightforward fantasy, I still have my reservation about naming it the best fantasy film ever made. My reservation is that when I think of fantasy films, it doesn’t really come to mind first. It may become more prominently recognized as a member of this genre in the future, but it is seen more as Gothic horror today.

So we want something that is even more fantasy? How about Shrek. Shrek is about as fantasy as you can get. It fully emerges itself into the attributes of the fantasy genre we most recognize, and isn’t afraid to turn them on their head. It moves close to parody, but the central story is strong enough that it is not just making fun of the genre. I think the brilliance of Shrek is that it recognizes those tropes of fantasy have been played before, and so it plays off of them instead. But if the film is riffing off of the greatest hits of the genre, is that enough to make it stand out? Shrek stood out because 3D animation was still novel at the time. It stood out because of its heart and the voicework. Later sequels of lesser quality may also have somewhat diminished our opinions on the original film. Other Dreamworks animations are strong contenders like How to Train Your Dragon, or Kung Fu Panda, but when you think of fantasy movies, do those come to mind first or as examples of the best?

But for the best fantasy film ever made, I do think Shrek points us in the right direction with 3D animation. I’m thinking of Pixar of course. Arguably all of Pixar’s films have been fantasy or at least had some sort of fantasy elements. 3D animation, is of course the modern interpretation of the traditional animated films where the fantasy genre first got its footing. As creator of the first 3D animated film, Pixar is very much the modern version of the part of Disney that pushed for animation innovation in feature films. That Pixar is now part of Disney makes it all the more fitting. (Note: if we want to allow adaptations into this discussion, Disney’s classic animated and live-action films would definitely have topped my list, based on this ranking). But which Pixar film is the best? That’s not an answer I can get to easily, and even if I could, I’m sure most of us would pick a different one since most of them are great. The point is, Pixar’s best films are the pinnacle of modern animation technology, a feature film format which is most identified with fantasy film in the first place. Pixar’s films are all original stories, not based on fairy tales or folklore, but certainly influenced by them. They also provide something which few fantasy movies are able to – a connection with our modern lives. Pixar movies, in other words, have a lot going for them when it comes to the attributes of fantasy film I prioritize the most. So, finally, we can conclude that the best fantasy film ever made is one of the films made by Pixar. That’s the best I’ve got for you. ¯\_(ツ)_/¯