On October 30th, 2012 Disney announced they were acquiring Lucasfilm for $4.05 billion and that there would be new Star Wars films every two to three years (that’s since changed). Just barely a month before, Rian Johnson’s film Looper was released wide in September to wide critical acclaim and instantly embraced by fans as a modern sci-fi classic. The first question in the film world after Disney’s announcement wasn’t necessarily “Will the big three be back?” but “who’s going to direct this thing?”

It wasn’t until January of 2013 that Lucasfilm announced master rebooter JJ Abrams was going to be helming the then untitled Star Wars Episode VII, but there were two months of speculative articles. A lot of names that aren’t that surprising came up: Brad Bird, Zack Synder, Joe Johnston, and Matthew Vaughn. There was one name that came up quite frequently, and not in the way you’d think the way things went: Rian Johnson.

“Rian Johnson should make Rian Johnson movies” was the general consensus. Hot off his first big commercial success and catching everyone’s eye with the brilliant Breaking Bad episode “Fly” – where he took two men, a fly and locked them in a room to create one of the finest hours of television. It’s understandable why those who despite loving Star Wars would want the talented auteur to create stories outside the Disney-owned Lucasfilm sandbox. I get it, honestly. Johnson had been on the scene for about seven years at this point and made three distinct films, all of them great works by a great talent.

This all changed in the summer of 2014, as Episode VII was deep into production the Hollywood trades announced that Rian Johnson would be writing and directing Episode VIII (there were false reports saying he’d write and direct Episode IX as well, but that’s the way this business goes). This wouldn’t be officially confirmed by Lucasfilm until March 2015 in a press release, but Rian Johnson seemed to confirm it himself on twitter and as a guest on a podcast.

On the surface, The Force Awakens seems to have only really been influenced by the original Star Wars trilogy. That’s not even a criticism-I think JJ Abrams knocked it out of the park creating a Star Wars live album. It’s all the things you’ve heard before but with a new energy. His kinetic camera and sense of humor catapulted young and new viewers deep into Star Wars fandom with talented actors and new instantly iconic characters. But now it’s time for something different.

Look no further than Rian Johnson’s Criterion Top Ten list to see the films that launched him into his successful career as an auteur. Fellini, Welles, Bergman, Kurosawa, these are the names film students drool over, but even more, these are the names that young George Lucas would’ve drooled over as he shaped his first feature THX 1138.

But it’s not just evidenced in the lists of films Johnson releases from time to time, it shines in his work. His debut film Brick, which took inspiration from the hardboiled film noir masterpieces like The Maltese Falcon and Chinatown and set it in a contemporary Orange County high school. From the first ten minutes of Brick, it’s evident that Johnson is in complete control of his film. He takes huge risks in the concept alone, but he also takes command in his choices with the camera. Long, complicated shots lit perfectly by his only cinematographer to date Steve Yedlin, Johnson’s debut was an announcement to the film world: I’m here!

His follow-up the criminally underseen and underappreciated The Brothers Bloom takes his talents into the con game. His ability to insert humor and pathos while combining with beautiful shots that communicate volumes visually about where the characters are at emotionally demonstrates his understanding of mise-en-scene that most commercial films are totally void of nowadays. Watching this movie assures me that the tone and humor Abrams and Kasdan won’t be hard to continue for Johnson, who usually gets written about in reference to how dark his work is.

Rian Johnson’s shot compositions is the story being told – and for most movies that should be a no brainer, but when it comes to gigantic tent-pole movie making, that’s not always the case. All three of his current films could be played on mute, or with only the score, and the images he’s captured will tell you all you need to know of the story; like Chaplin, Welles, Kurosawa, Ford, and the many greats before him did. But also, like Lucas – whose greatest strength beyond world and mythos building, is shot compositions. All four Star Wars films directed by Lucas could be played only with Williams’ music and the story could be understood and felt just as much as it could with dialogue.

I’m confident that whether it’s film noir, con genre, sci-fi, or Star Wars, Rian Johnson will do what he’s always done: take a concept that’s been done before over and over and make a unique and wholly Rian Johnson film. Tell his story in a genre that’s felt played out and make it feel fresh and exciting again and will leave us with a big smile on our faces. We’re not just getting Star Wars: Episode VIII in December, we’re also getting a new Rian Johnson film — that in and of itself is worth being excited for. And if gets more Star Wars fans to watch some older movies, that’s icing on the cake. 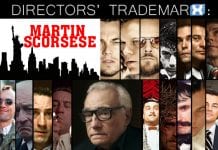