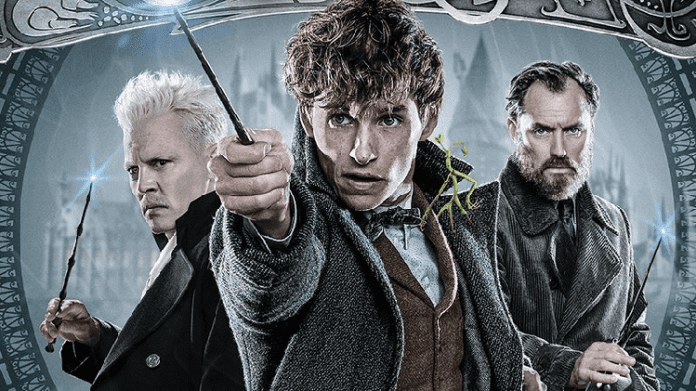 Contrary to what you may think, modern filmmakers go to the fantasy genre quite often. But despite the frequency of movies in this genre, their critical and commercial success has not been consistent.

Some people may consider the fantasy genre a forgotten genre. We hear about the box office successes and, audience fascination, and critical accolades for the latest horror movies, dramas, thrillers, and even science fiction. But what about fantasy? In the realm of popular film, it seems to be left out. However, it isn’t for lack of trying. Contrary to what you might think, modern fantasy films are very frequent. If we ignore superhero movies (we’ll discuss more about them later on), fantasy films are just as frequent as any other genre. And yet, they seem so forgettable. Why is this?

I think, to start with, we have to realize that not all fantasy movies are forgettable. We have to consider what makes a fantasy movie stand out, versus what makes them easy to forget about. Some of the most important films in cinema have been fantasy films. Consider 1939’s The Wizard of Oz, which single handedly ushered in a new era of Hollywood film production with its brilliant use of technicolor. Consider Star Wars as a blend of fantasy and science fiction to show us the importance of special effects in big budget filmmaking. Think about how the Harry Potter franchise ushered in the modern era of a franchise with continuously-released tentpole films. Or how Return of the King broke both box office records and barriers regarding stigmas at the prestigious cinematic awards ceremonies. All of these films are examples of the types of films which have changed cinema forever. They all made their studios lots of money, and gave us a reason to change our expectations of what film could be. But more importantly, all of these films except for Star Wars were based on immensely popular books, and those adaptations were well-received. Almost any time you have an example of a very popular book being brought to the big screen in a well-received manner, those films have gone on to have success. Even more success can be found with films that have adapted popular book series.

These examples of stand-out fantasy films therefore have two important things going for them; One; a source material which is well-known to begin with, and two; an adaptation that resonated with both people who have and have not been exposed to the source material. That second factor is more difficult to achieve than the first. Consider all of the other feature-length sequels/prequels/remakes/adaptations of L. Frank Baum’s The Wonderful Wizard of Oz. There have been 5 adaptations, 2 sequels, a prequel, and an animated version. Of all of those films, only the 1939 film has had any sort of staying power. Clearly, the standout fantasy films have (A) had a high chance of notoriety because of their source material to begin with, and (B) had lasting power because they were well-made and fully realized.

Contrary to other genres, fantasy movies don’t find a lot of success when they are only one of these things or neither of these things. For a demonstration, let’s consider all of the fantasy movies which were not superhero movies released two years ago in 2018: (I consider a film critically acclaimed if it achieves higher than 70% on Rotten Tomatoes, sequels are considered based on popular source material if the previous film was a box office success)

This is not a complete list, and does not include foreign films.

When you look at this list, what stands out? First, let’s look at the movies which made more than $100 million – the ones which were most successful at the box office:

Of these films, 3 of the top 5 are animated. And 5 of the 9 are Disney films. None of them are original films, and all of them except The House with a Clock in Its Walls are either based on something that is known by most people, or are a sequel which had a very popular original film. Only Mary Poppins Returns and Christopher Robbins have the two attributes which I think will make them more memorable in the long term – critical appraisal and very popular source material. The others may have had commercial success, but are they the types of fantasy films we will remember best 10 years from now? Worth noting is the fact that despite both The Nutcraker and A Wrinkle in Time making more than $100 million at the box office, both are considered flops and lost money because of large budgets. You can even make the argument that Mary Poppins Returns won’t have staying power because it is a sequel, and our love for the character will always belong to the first film. Same with Christopher Robbins. The distinction that most of these films are Disney films is an important one too. Disney is the biggest film/entertainment company in the world, and their legacy happens to be based on fantasy films. Disney became a huge entertainment force because it had a lot of success making fantasy animated movies. And these days, its most lucrative business (besides super hero films), is Star Wars, Pixar fantasy films, and live action remakes of its classic fantasy films.

In other words, it’s very difficult to compete with Disney in the realm of fantasy films. Not only are Disney films formidable black holes at the box office, but classic Disney films are what have created our expectations for what a good fantasy movie should be. Original films have nearly no opportunity to be competitive, and even when they are able to be, they just don’t seem to have as much prestige as Disney’s. DreamWorks animation has been the only exception. Their fantasy films such as the Shrek franchise, Kung Fu Panda franchise, and the How to Train Your Dragon franchises have all been huge successes at the box office while telling (mostly) original fantasy stories.

Worth noting is the impact of fantasy television shows on film. I would argue that audiences are more excited these days for a fantasy-themed television/streaming show the likes of Game of Thrones, The Witcher, American Gods, Outlander, etc. as compared with a film. The fantasy genre is about escaping from reality, and a series (especially with high production values), is going to be able to accomplish that fete more easily than a two-hour feature length movie. For this reason, it makes more sense for entertainment geared towards families to be feature films. Those types of stories don’t need as much depth, and the audience watching them is not going to have the same expectations or attention span as those who are devoted to a fantasy series. In the list above, there are a large number of films which are well received and did moderately well at the box office. And so, fantasy movies don’t necessarily equate to flops at the box office when they are not Disney or DreamWorks animations. Instead, they have to exist in space for medium-sized pictures. The creators of these films have to have their sights set a little lower than if they were working on a Disney film, and as such, expectations are not as high. They may also seem second-rate compared to the high production values and investments made by the production companies who are creating television/streaming series. For these reasons, they can get away with adapting lesser-known original works to the big screen. But these types of films will rarely, if ever have much staying power.

….which is a little strange because that is where some of the most fondly-remembered classic fantasy movies have thrived. They don’t have the best special effects or production values. In fact, some of our favorite classic fantasy films are loved for their flaws. You would think in today’s world, with access to streaming services to reach niche audiences, and cheap(er) technology to make realistic special effects, there would be more interest in creating fantasy feature films. We’ve seen a reemergence of creative low-budget thrillers, science fiction adventures, and especially horror movies – all genres which have traditionally been relegated to B-movie or worse status. And still no love for fantasy movies.

Part of the reason is what our expectations are for fantasy films in the first place. As I mentioned above, Disney has ruled the space so long, they have essentially created the definitions of the feature-film genre by themselves. Furthermore, a majority of the fantasy films we see today are meant for families. Part of this has to do with the Disney factor, but part of this also has to do with the fact that they can be cheaply made and make moderate profits at the box office. Especially as adaptations of existing moderately-popular media, or as sequels. The fantasy genre just fits well with family-oriented films. It is a genre that requires imagination and believing in magic. It is fantastical creatures being brought to life, and for kids it usually means the kind of happy endings we’ve seen countless times before. For these reasons, some people may not take fantasy films as seriously as others, even if today’s modern action blockbusters are nearly indistinguishable from fantasy already. In fact, if you consider superhero movies and science fiction as fantasy, all of today’s biggest hits are fantasy movies already – we just don’t recognize them as such.

I think where the distinction comes is what I would call traditional fantasy movies. Swords and sandals flicks, often taking place in the past, or else making use of magic in a significant way. Those are the types of fantasy films which we see often, but rarely offer much competition to the other class of fantasy film. Part of the reason may be what I already discussed – adults not taking them as seriously. Part of the reason may be that the kinds of stories told by classic fantasy films don’t really have much variation.

There isn’t much that can be done to surprise audiences who grew up watching Labyrinth or Edward Scissorhands. Within the framework of those types of settings, no one has really found a way, or a need to, bring in modern perspectives. Other genres have the benefit of being able to connect with the trials and tribulations of our modern adult lives. Traditional fantasy doesn’t allow the flexibility to tell modern stories in a setting that takes place in the past. Movies that have tried to do so in a big way, like Guy Ritchie’s King Arthur: Legend of the Sword, or 2012’s Snow White and the Huntsman have failed to generate the traction of similarly paced and themed movies in other genres. That doesn’t mean it can’t be done, but with the way the industry is stacked against moderately-budgeted blockbusters, I just don’t see it happening any time soon.

The Outer Worlds Comes to Switch This June