As we fly boldly into this new era of truth, justice, and the American way, we have the luxury of looking to the accomplishments and failures of the past to inform the direction of the Man of Tomorrow’s future. While it doesn’t take a Brainiac to understand that past franchise decisions have led dangerously close to Doomsday for the character, the real victory will lie in Snyder’s ability to update the things that work without going too Bizarro (oh my Zod, I’m clever). Here’s how to do it:

FLYING AWAY FROM THE DONNER ERA

One of the things Bryan Singer did wrong in his overly-maligned 2006 film, Superman Returns, was hold too tightly to the characterizations and story of the original Donner films. Those films were terrific in their time, but times have changed, comic books have evolved, and the films they inspire have progressed with them. No longer are audiences looking for a bumbling Lex Luthor monologue about his next dastardly exploitation of the real estate market. Look at the most recent and most successful comic book films: the villains represent a threat and goofy shtick is never prioritized over delinquent machinations.

One of the things that have me anxious about Snyder’s direction is his recent statement that his film “won’t break from canon.” If he’s talking about a hesitation to depart from the Superman mythos established in the comics, then that’s great. But, if he’s talking about us getting yet another Superman film set in the “Donnerverse” then we’ve got problems.

BE A LOVER, AND A FIGHTER

More things to learn from Mr. Singer: While the idea of Superman being an alien demigod incapable of having a genuine human experience (yet wanting nothing more) is certainly compelling, dude’s still gotta punch other dudes in the face occasionally. 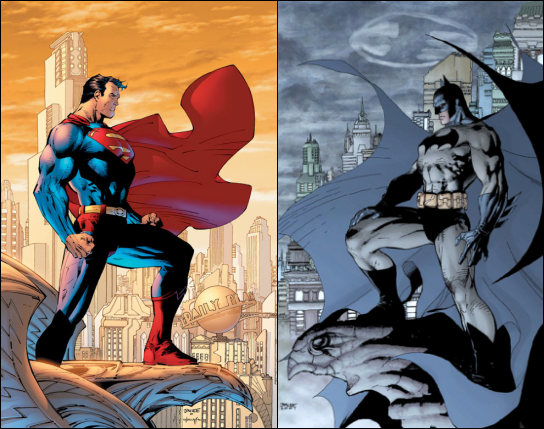 KEEP YOUR BATMAN OUT OF MY SUPERMAN

Since the commercial and critical conflagration that was The Dark Knight, there has been concern that studios will correlate a dark tone with record-breaking box offices blasts. Superman is not Batman. The most successful Superman comic book run in recent memory was Grant Morrison and Frank Quitely’s All-Star Superman. That book depicted a Man of Steel whose greatest superpower wasn’t heat vision or flight: it was his power to inspire humanity to attain its greatest potential.

Tapping into one of the many Judeo-Christian analogues in the Superman mythos, well-written Superman causes us to love Superman because Superman first loved us. The character’s at his best when he’s depicted as an infinite fountain of hope so overflowing that the rest of the world can’t help but get infected.

I’m hopeful for Snyder’s Superman, and that hope is only bolstered by the inclusion of David Goyer as scriptwriter and Christopher Nolan as producer. WB has a chance here to really make something special and introduce a great character to a new generation of filmgoers and give a facelift to a franchise the studio has allowed to languish. Here’s hoping that the 2012 film gives us all a whole new reason to look up in the sky.