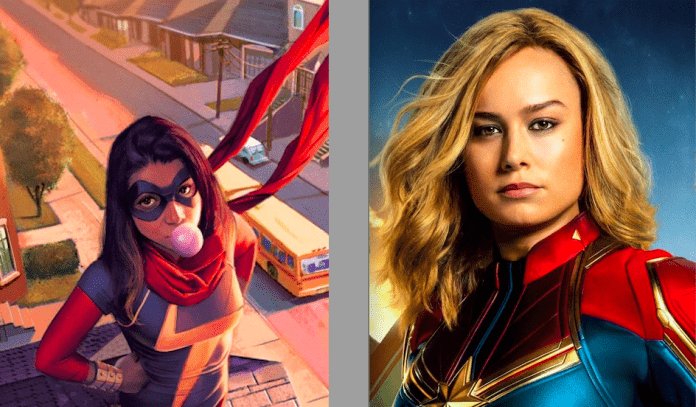 Amidst all the news that Marvel revealed in the past month, there was also the important detail that Kamala Khan’s Ms. Marvel will be making an appearance in Captain Marvel 2.

That Ms. Marvel would appear in the same film as Captain Marvel isn’t a surprise if you’re familiar with the former’s origin story. Kamala is a teenager who idolizes Captain Marvel and wants to be just like her. Exposure to Terrigen Mist gives her that opportunity and she can literally shape shift into the likeness of Carol Danvers if she wants, though she drops that eventually once she establishes her own superhero identity.

Having recently gotten into the story of Ms. Marvel and Kamala Khan, I’m thrilled to see that it’s been confirmed that Ms. Marvel will be appearing in Captain Marvel 2. It also makes sense since Captain Marvel 2 (currently) isn’t scheduled to premiere until November 11, 2022, while the Ms. Marvel series is scheduled to arrive on Disney+ towards the end of 2021. This means that Ms. Marvel will have a chance to establish an onscreen identity before showing up on the big screen.

What will this appearance look like? That is unknown, though I’m sure Marvel wouldn’t be so cruel as to limit Kamala Khan to a glorified cameo. However it turns out, I’m sure fans of Captain Marvel and Ms. Marvel alike will love it.