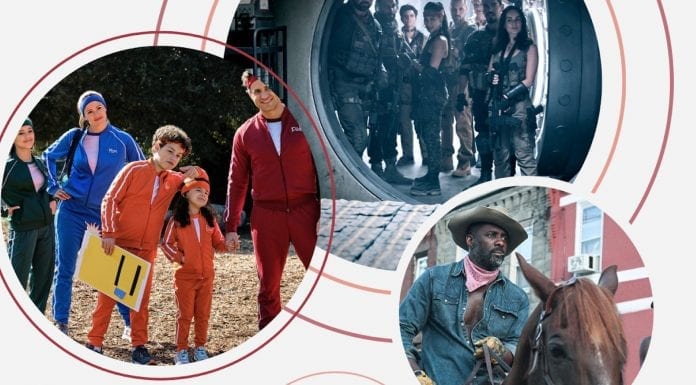 This morning, Netflix pulled back the curtain on their massive 2021 original film slate, which will bring a whopping 71 films to the service this year.

Well, Netflix is certainly going into the new year with guns blazing. Today they’ve revealed their full slate of original films for the year (so this isn’t even getting into any potential new shows they have on the horizon as well!) and it’s pretty extensive. Kicking things off with a mash-up of things to look forward to, they’re promising at least ONE new film each week of the year:

We’re kicking 2021 off with a bang 🎉. This year’s line-up will surprise and delight cinephiles across the globe with films from Award winning filmmakers, including Jane Campion (The Power of the Dog), Paolo Sorrentino (The Hand of God) and Adam McKay (Don’t Look Up). We’re bringing you a year of films filled with more of the things we know our members love – zombies (Army of the Dead), cowboys (The Harder They Fall, Concrete Cowboy), and high school romance (including the culmination of the To All the Boys and The Kissing Booth trilogies). We’re re-introducing you to teen screams (Fear Street trilogy, There’s Someone Inside Your House), turning your favorite books into films (The Woman in the Window, Munich, The Last Letter from Your Lover), bringing you more adrenaline-pumping blockbusters (Red Notice, Sweet Girl, Kate) and giving your family a reason to say YES to watching films together (YES DAY,  Back to the Outback, Finding ‘Ohana).

There’s a lot more than that, however. Below you can find the full list of the upcoming films:

That’s quite a bit. Personally, I’m still eagerly awaiting a trailer for Snyder’s Army of the Dead, and you know I’m all in for a new Ninja Turtles movie! Which of these are you looking forward to seeing most?