This new trailer for Jem and the Holograms adds what may be the strangest twist I’ve ever seen in a trailer, a robot.  I say this because the first trailer made the movie seem all about a girl touring the country with her best mates and becoming a global sensation until the band breaks up (cue One Direction) and ultimately must fight to bring it back together.

In the second trailer, we get a bit of depth into Jem, the character, when we see a home video with her Dad building some machine that she can’t know about till later.  Afterward, it appears her Dad passes away.  When she’s of age, Jem is given the machine, which just so happens to be a robot named Synergy.  What makes Synergy special?  It can make holograms and music.  It is because of this robot and the love interest that Jem decides to break out of the shackles of the Label and get her band back together (cue One Direction once more).

I wasn’t sold on this movie before, and after seeing this new trailer I’m even more unsure of it.  I never watched the animated version but adding in a random robot in a movie about music and a band seems a bit off.  However, this could actually be what sets it apart from other movies of this genre and that would be quite refreshing.  Now they just need to work on really bringing the soul into this movie and you’ll get me and many more into that theater.

As a small-town girl catapults from underground video sensation to global superstar, she and her three sisters begin a one-in-a-million journey of discovering that some talents are too special to keep hidden. In Universal Pictures’ JEM AND THE HOLOGRAMS, four aspiring musicians will take the world by storm when they see that the key to creating your own destiny lies in finding your own voice. 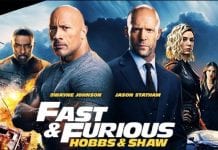 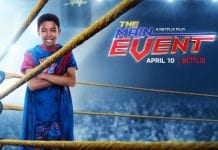