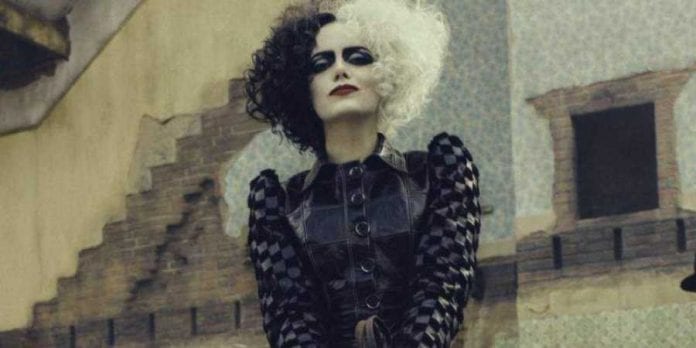 Disney has released a new teaser poster for its upcoming film Cruella, with a trailer scheduled to arrive tomorrow.

Cruella, a live-action origin story for Cruella de Vil, the villain of 101 Dalmatians, is currently scheduled to arrive in theaters (allegedly) on May 28, 2021. As this is only a few months away, Disney has released a new poster to tease the upcoming film, which you can see below. Along with the release of this poster, which is giving off awesome punk rock vibes in my opinion, comes the news that a trailer for Cruella will be arriving tomorrow. At last we’ll have a proper look at Cruella, something that’s long been needed as many have argued the wisdom of creating an origin film for Cruella de Vil. While making an origin film for Maleficent turned out to be a brilliant decision, as it recast the villain in a sympathetic light, it’s almost impossible to argue that the same thing can be done for Cruella.

Here’s the current synopsis for Cruella:

Are you looking forward to seeing the first trailer for Cruella? Anyone willing to lay odds that the trailer will reveal the film is actually premiering on Disney+? We’ll find out the answer tomorrow!