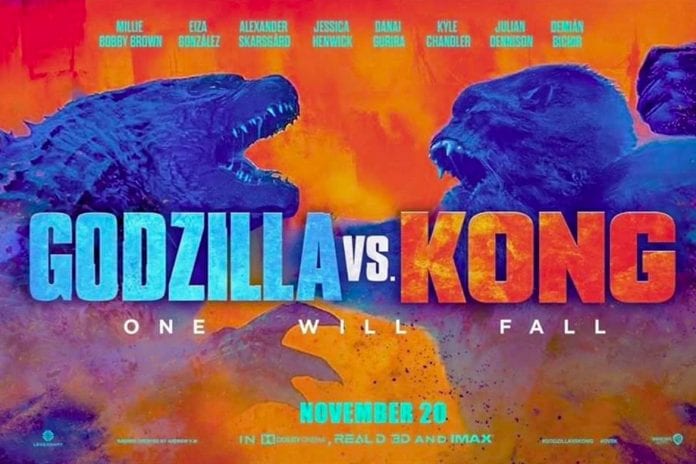 We finally have an official poster for Godzilla vs. Kong and the trailer has been revealed to be coming very soon!

This is great news! A trailer coming this Sunday means we’ll have plenty of time to break it down and see what all being hinted at in this epic clash of the titans. And speaking of clashes…check out the new poster below. Kong is dominating the skyline while Godzilla appears to be making a beeline for his king-sized rival from the sea (his preferred method of approach). I really like how the color palette is a combination of light blue (from the previous film Godzilla: King of the Monsters) and an orange-red (from Kong: Skull Island). This is going to be an epic clash, and as to who will be the one to fall? It’s so close in my mind, I don’t dare speculate.