There are some war movies out there that are truly unique and I feel that Hacksaw Ridge is going to be one of those. Directed by Mel Gibson it is the story of Medal of Honor awardee Desmond Doss and his years of service from 1942 to 1946. When Desmond was drafted due to his religious beliefs refused to carry a weapon or take a life. Due to this he was assigned as a medic and within his service was able to save over 75 of his fellow soldiers. Andrew Garfield will be playing the title role in the movie also starring Vince Vaughn, Sam Worthington, Hugo Weaving, and Rachel Griffiths.

HACKSAW RIDGE is the extraordinary true story of Desmond Doss [Andrew Garfield] who, in Okinawa during the bloodiest battle of WWII, saved 75 men without firing or carrying a gun. He was the only American soldier in WWII to fight on the front lines without a weapon, as he believed that while the war was justified, killing was nevertheless wrong. As an army medic, he single-handedly evacuated the wounded from behind enemy lines, braved fire while tending to soldiers and was wounded by a grenade and hit by snipers. Doss was the first conscientious objector awarded the Congressional Medal of Honor. 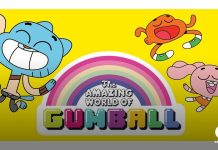