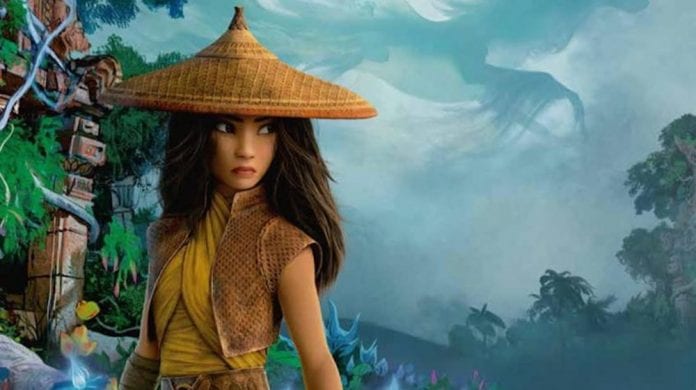 Step aside Moana and Elsa. It is time to make way for Raya.

From the studio that brought you Moana and Frozen (yes, that one), comes Raya and the Last Dragon, bringing with it an action-packed trailer that dropped just this morning.

Raya (pronounced rye-ah), a fearless warrior, and her lovable pal Tuk Tuk are on a dangerous quest to find the last dragon – a water dragon who can transform into a human being – in an attempt to unite the divided Kumandra people. Raya has trained her whole life to become a guardian of the dragon gem, and the trailer shows the level of badassery we can expect in this film.

Raya and the Last Dragon is set to make history as Kelly Marie Tran (who we know as Rose from Star Wars: The Last Jedi and Star Wars: The Rise of Skywalker), voicing Raya, becomes the first Southeast Asian actress to lead a Disney animated film.

Check out the trailer below and get ready for Raya and the Last Dragon set to open in U.S. theaters on March 12, 2021.