The poster comes courtesy of Yahoo, who just debuted it exclusively.  While it’s nothing all too exciting, it does confirm the film’s title as Age of Extinction, which is yet another strong hint at the Dinobots making an appearance as has been rumored! 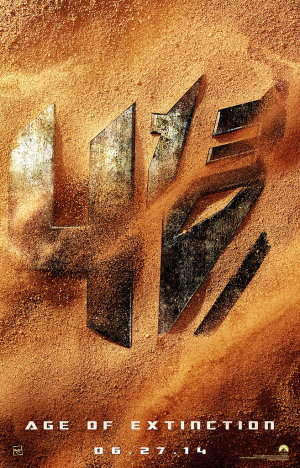 There’s still not much word in terms of the plot of the film, nor how the Dinobots will factor into it, but at the least we now have the full title for it.  Frankly, it’s way better than Dark of the Moon sounded, and could allude to some serious problems ahead for the Autobots.  Guess we’ll have to find out on June 27, 2014 when the film hits theaters.

What do you guys think of the title?