* Last News Bits we were able to show you the first image of the Ninja Turtles from Nickelodeon’s newest show.  IGN has since managed to snag a very small bit of video from the show, which highlights the four turtles briefly (I mean BRIEF) in action.

* The Wizard of Tron is a fun little art mash-up between Tron and The Wizard of Oz.  Just kind of neat to see little Dorothy hitting the grid. * Val Kilmer is returning to the Wyatt Earp mythos, but this time he’ll be playing the man himself in a new indie western titled; The First Ride of Wyatt Earp.

* Zack Snyder talked briefly with LA Times about his upcoming Superman film and had some interesting things to say:

Literally, the one thing that everyone can start to think about is that we’re making a movie that finally goes with the approach that there’s been no other Superman movies. If you look at  ‘Batman Begins,’ there’s that structure, there’s the canon that we know about and respect but on other hand there’s this approach that pre-supposes that there haven’t been any other movies.  In every aspect of design and of story, the whole thing is very much from that perspective of respect the canon but don’t be a slave to the movies.

* After a bit of an earlier scare in which it seemed like Taken 2 would be proceeding without Liam Neeson (a terrible idea), it appears as though things have all been worked out.  Shooting is expected to begin on the sequel late this year.

* Brian Taylor, who’s been working on the new Ghost Rider movie, has spoken up about the sequel and confirms it has an all new origin story from the first film and the comics: 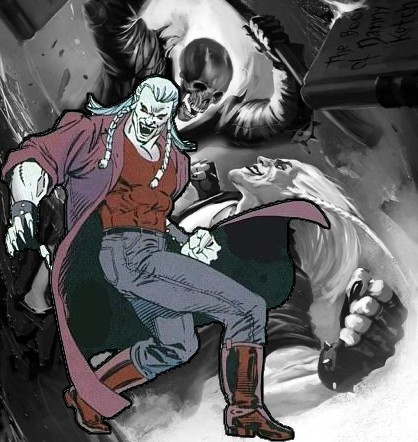 * Still in Ghost Rider: Spirits of Vengeance territory, actor Johnny Whitworth has confirmed that he’ll be playing the villain Blackout in the new film.

*Joseph Kosinski (TRON: Legacy) has been working on a new original Sci-Fi movie/graphic novel called Oblivion.  Well, the title for the movie has now been changed to Horizons and has a new screenwriter on board.

* MGM is digitally altering their Red Dawn remake (it’s already finished and sitting in the can) to take out all of the Chinese flags/military insignia.  Instead they are replacing them with North Korea, so as not to alienate the China movie market…

* A new international poster for Your Highness has been released by Universal.

* Sorry, I couldn’t help myself with this one.  It’s way too cool.  Someone has made themselves a pair of working extending/retracting claws just like Wolverine has.  Frickin’ awesome.  Now if only this guys’ poses were better.

* A new image released for Scream 4, finally shows that it has earned it’s R-rating.  Cinemablend has a few more pics too.

That’s going to wrap it up for this week.  If you’ve got a story, or an article you think should be highlighted here in News Bits, be sure to drop us a line and we’ll feature next go round!